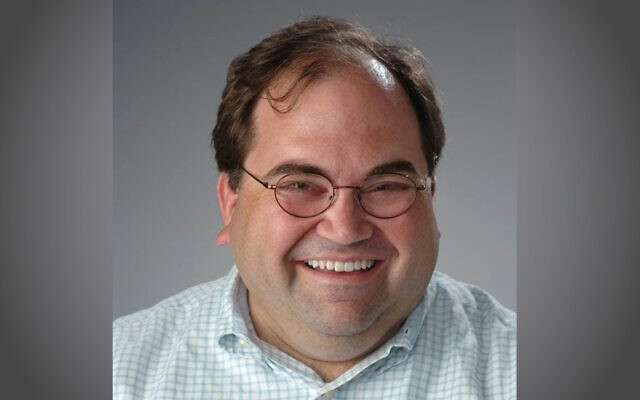 Temple Sinai has hired Rabbi Daniel Fellman as its new senior rabbi. Fellman, who was approved by congregational vote on April 18, will begin his tenure at the Reform congregation on July 1.

Fellman has been the senior rabbi at Temple Concord in Syracuse, New York, for more than a decade. He succeeds Rabbi Jamie Gibson, who retired in July 2020 after serving the congregation for 32 years. Gibson continues to serve Temple Sinai as rabbi emeritus. Rabbi Darryl Crystal has been serving as interim rabbi while the congregation conducted a search for a new senior rabbi.

“Despite not being able to meet in person, Rabbi Fellman’s warmth and engaging personality was apparent,” said Saul Straussman, president of the board of trustees in a press release. “A search for a new rabbi after such a long and storied tenure as Rabbi Gibson’s is challenging in the best of times. It becomes complex when you add in a pandemic and the need to conduct interviews and meetings via teleconferences.”

Fellman formerly served as assistant and associate rabbi at Anshe Emeth Memorial Temple in New Brunskwick, New Jersey. He currently serves on the board of Interfaith Works and the City/County Human Rights Commission, as well as the board of the Jewish Federation, the Community Relations Committee of the Jewish Federation and the University Hill Corporation in Syracuse.

Fellman earned a bachelor’s degree in political science from Colorado College in 1996, a master’s in Hebrew Letters from the Hebrew Union College-Jewish Institute in 2004 and was ordained in 2005.

He is married to Melissa and they have three children.

“Temple Sinai’s reputation as an inclusive and innovative congregation that values social action and advocacy was most appealing to me,” Fellman said in a prepared statement. “The more I spoke with various groups of congregants I came to recognize that our aspirations were completely in sync. My family is enthusiastic about becoming part of the congregation and the thriving Pittsburgh Jewish community.”