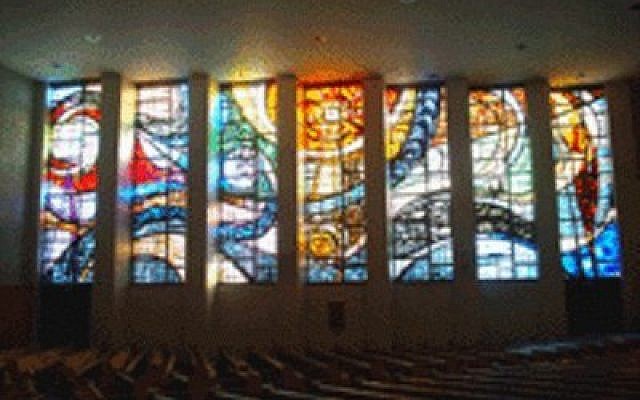 The man accused of murdering 11 worshippers at the Tree of Life building can get a fair trial in Pittsburgh, so a change of venue is unwarranted, according to federal prosecutors.

Attorneys for the defense filed a motion on Jan. 17 seeking to move the case from the Western District of Pennsylvania to another venue. The defense claims that because of extensive publicity in Pittsburgh, the accused would not receive a “fair and impartial trial” here.

The defendant’s motion further argues that “[o]verall, the local coverage of the shootings portrays [the defendant] in a prejudicial light, linking him to Alt-Right, Neo-Nazi, and conspiracy-minded groups. In contrast, the sympathetic stories of the deceased and surviving victims, as well as their long-standing and deep connections to the Pittsburgh community, are prominent in the publicity. While publicity may surround the case wherever it is tried, the impact on potential jurors in the Western District of Pennsylvania will be significantly greater, as demonstrated by the community’s reaction to the shootings, including the commemorations and memorials.”

Prosecutors, who are seeking the death penalty, responded that the defense’s reliance on an “unsound private telephone survey and an overbroad media search” fails to demonstrate the jury pool here was prejudiced through negative publicity.

In their opposition to the motion to change venue, prosecutors noted that on Oct. 1, 2020, the defendant filed 15 motions to “suppress various categories of evidence in this case” including evidence from his Gab.com account and statements he made while inside the Tree of Life building about his desire to “kill Jews.”

The court rejected virtually all of those motions, thus allowing for the introduction at trial of the defendant’s posts to Gab.com and his statements within the Tree of Life building.

Prosecutors argue that the defendant, in his motion for change of venue, fails “to meet his burden to show that this Court should preemptively disqualify all potential jurors in the 13-county Pittsburgh Division, much less the entire Western District of Pennsylvania.”

“Given the size and diversity of the jury pool, the time that has elapsed since the defendant’s crimes, and the fact that the publicity does not contain any inadmissible confession or statement by Bowers, or any other blatantly prejudicial information, a pretrial change of venue is not warranted,” the prosecution argues.

Moreover, according to the prosecution’s brief, an impartial jury can be empaneled “by implementing reasonable measures that are much less disruptive than a venue change. Examples include juror questionnaires, rigorous voir dire and detailed jury instructions. Other measures could include ordering a supplemental array or expanding the jury pool to a district-wide (or broader) venire.”

The prosecution further noted that “[o]ther than an initial wave of publicity in the immediate aftermath of the crime, in-depth coverage has largely tracked post-indictment proceedings.”

Of the 1,200 articles the defendant appended to his motion to prove prejudice, “most refer to the tragedy at the Tree of Life Synagogue only in passing, and some do not mention the shooting at all,” and seem to have been collected by a broad keyword search, according to the prosecution.

Those articles include an opinion piece on architectural design; one mentioning concerts or events benefitting Tree of Life, with no reference to the shooting; and one discussing the closure of several synagogues in the region, including a different Tree of Life located in Uniontown. Only a fraction of the articles mention the defendant by name, prosecutors noted.

The prosecution also argued that the telephone survey upon which the defendant relies to show prejudice is flawed.

“[B]eyond the limitations inherent in any telephone survey (e.g., the fact that many people do not answer calls from unknown numbers, hang up on calls from strangers, or refuse to finish surveys over the phone), the defendant’s survey response rate was remarkably low. Of the 25,623 call attempts made in the Pittsburgh Division, the survey obtained only 400 completed interviews, a completion rate of only 1.6%.”

The jury pool in the 13-county Pittsburgh division — with a population of almost 3 million — is large and diverse enough to impanel an impartial jury, prosecutors argued.

Judge Robert. J. Colville, who has presided over the case since the retirement of Judge Donetta Ambrose on Feb. 1, has not yet ruled on the matter.

No trial date has been set. PJC