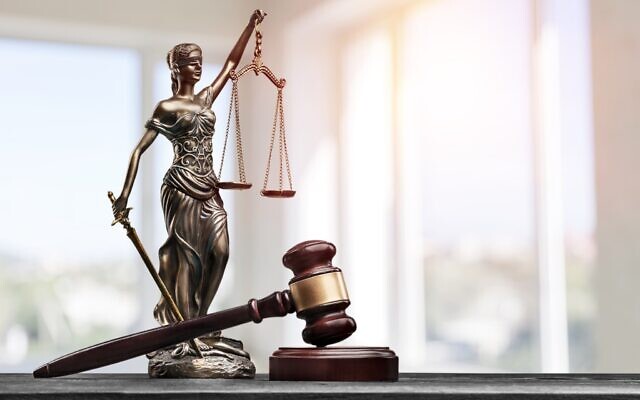 Hardy Lloyd is scheduled for release from federal prison on Tuesday, Oct. 6.

An avowed white supremacist with a lengthy criminal record, Lloyd has been incarcerated since Aug. 15, 2019, when he received a 24-month sentence from U.S. District Judge Arthur J. Schwab.

Lloyd was charged with violating the terms of his probation which prohibited him from accessing social media or communicating with anyone to promote terrorism. The charges stem from April 4, 2019, when the convicted felon’s probation officer said Lloyd posted a blog message about a free speech ban in Europe and posted another condemning a Pittsburgh assault weapons ban.

Lloyd wrote that anyone supporting the laws “must be targeted and their families murdered,” according to media reports. He urged supporters to “disobey and kill, my Lone Wolves,” if the ban wasn’t overturned. He also said they should “Target: Jewhill,” an apparent reference to Squirrel Hill.

Those convicted of a federal offense typically serve approximately 85% of their sentence in prison, according to Shawn Brokos, director of Jewish Community Security for the Jewish Federation of Greater Pittsburgh.

Lloyd will complete his full sentence on Dec. 31, 2020. Until that time, he will be staying at a halfway house under supervised release.

The August 2019 sentence was the third time Lloyd had been returned to custody for violating the terms of his probation.

In December 2017 Schwab sentenced him to serve 13 months in prison and nine months of supervised release for using public computers at libraries in Mt. Lebanon and Dormont to order martial arts weapons and watch videos of women being abused. He was also recorded on video giving the Nazi salute at a Mt. Lebanon protest and distributing flyers in the city’s East End.

In 2016, Lloyd was sent back to prison for 14 months followed by 22 months of supervised release.

The Pittsburgher, who is known to often live in and frequent Squirrel Hill and South Hills neighborhoods, was first arrested in 2004 and sentenced to serve 30 months in a federal prison followed by three years of supervised release for violating federal firearms laws. At that time, he was charged with killing his girlfriend in Squirrel Hill. He was acquitted of the murder but found guilty of firearms possession. After his acquittal, Lloyd took to the internet, celebrating and bragging about the murder.

He was placed on the Department of Homeland Security’s domestic terrorism watch list in 2009. That same year, he celebrated the death of three Pittsburgh police officers who were shot and killed.

Brokos called Lloyd a potential threat to the Jewish community but said that she had been in touch with federal, state and local law enforcement, working on mitigation strategies.

Community members should call 911 and report any threats or suspicious activity to law enforcement and the Federation’s Community Security Office , she said, adding that “in light of Hardy Lloyd’s release, it is imperative that the community remain vigilant.”

Brokos pointed out that Federation’s focus on Lloyd is just one part of a larger security strategy that has become more robust since the Oct. 27 shooting at the Tree of Life building.

“This is one of the necessary steps we take in the normal course of business to protect the Pittsburgh Jewish community, as well as the community at large,” she said.