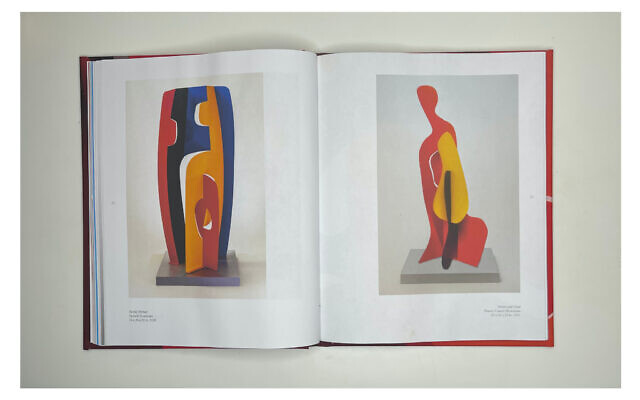 Images from "Behind the Fold." Photo courtesy of Dan Droz.

A Los Angeles-based publishing house is releasing a lavishly illustrated art book about a Pittsburgh sculptor who entered the medium in the September of his years.

Dan Droz started sculpting full-time in 2019, while in his late 60s, after retiring from a 38-year career that included teaching at Carnegie Mellon University and working at his firm in furniture and graphic design.

Droz, who is Jewish, is surprised by his recent successes, including the coffee table book, which is titled “Behind The Fold” and is on sale from Griffith Moon Publishing.

“Having a book after only three years? That’s something I never expected,” Droz said. 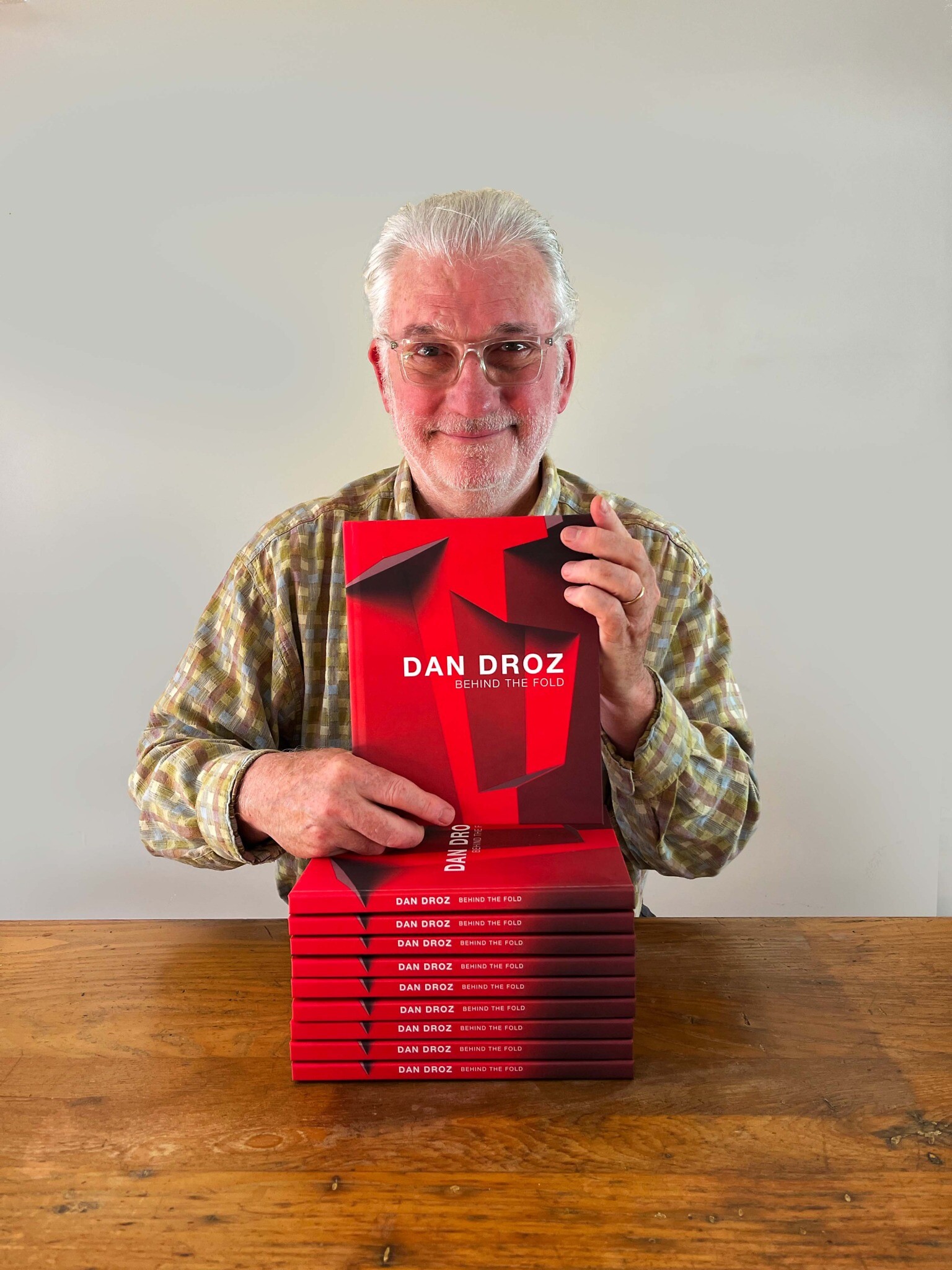 “It’s just about getting out there and showing your work,” he added. “People respond to it.”

In this case, the publisher approached Droz when the latter presented during the Kipaipai Conference at the Lancaster Museum of Art and History in Ojai, California. “Kipaipai” translates as “to encourage and inspire” in native Hawaiian.

“I am familiar with publishing design, but I’ve never designed a book before, particularly not an art book,” Droz said. “It was a learning experience.”

Droz will take part in a book signing event on Dec. 9 at the Carnegie Museum of Art in Oakland. More information is set to come out about the event, which is co-sponsored by Pittsburgh Magazine.

The book features essays about Droz, as well as images of his most well-known and accomplished works.

L.A.-based painter Virginia Broersma met Droz when she made a presentation on artists’ contracts via Zoom for the Associated Artists of Pittsburgh. Droz was one of the artists on the call.

“Artist Dan Droz has the ability to make you look,” Broersma wrote in her essay in “Behind The Fold.” “His sculptures reveal themselves in layers over time; the first impression is not always what remains at the end. Droz has had a lifetime interest in magic — actual magic tricks — and this particular activity is an excellent metaphor for art and a window into his sculptures. In magic, there is trickery, but also a great thrill at being shown something impossible.”

Broersma told the Chronicle that “you cannot separate the art and the artist.”

“In this case, he’s such a great example of a person involved in visual things his entire career,” Broersma said, speaking by phone from California. “But the way he’s been pursuing it, so aggressively … it’s like he’s in hyper-speed.”

The artist said she was taken with Droz’s experimental zeal; to illustrate, she pointed to how Droz works with mesh materials, which “requires a lot of finessing to get the material to stretch.”

“It’s just very experimental, and I feel that’s inspiring, as another creative person,” Broersma said. “He’s making a career later in life — and he’s doing a good job of it.”

Droz also is quick to talk about his technique, the process of making art almost as essential to the viewer as the final product. For example, Droz talked about a method he invented for turning a pane of glass in a kiln without touching it.

“I’ve done the methods and techniques but the fabricators implement it … and that increases my productivity, versus other sculptors,” he said. “It’s been a very busy period and it’s been a very productive period.”

And then there’s magic, which continues to fascinate Droz. The sculptor said he is enthralled by the concept of, “What you see if not always there.”

My work “really speaks to that,” Droz said. “When you look at a piece, it’s not clear how it’s done.”

Those itching to see Droz’s work in the flesh won’t have to wait long.

Following recent exhibitions at the Merrick Museum & Gallery Biennial and the show “Art for Change” at Stage AE on Sept. 9, Droz will work with the Society of Sculptors on a show at Full Spectrum, 711 S. 21st St., Pittsburgh, which runs from Sept. 15 through Oct. 11.

Droz will participate in an annual exhibition at the Bridgeville Library from Oct. 7-31. His work can also be viewed at “Art of the State” at The State Museum of Pennsylvania in Harrisburg. That show, which opened Sept. 11, runs through Jan. 15, 2023. PJC