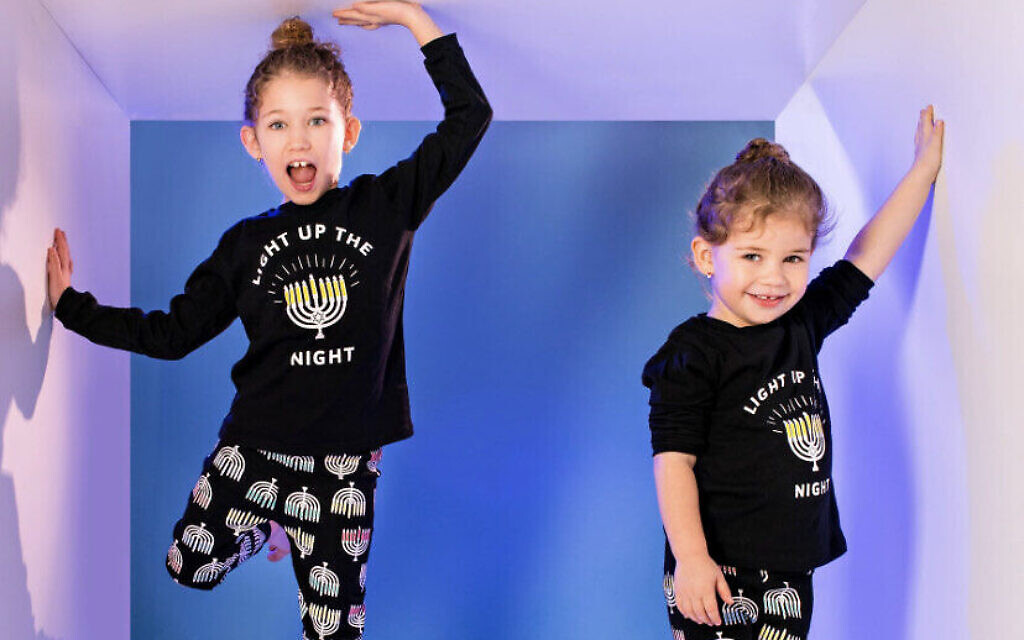 When Shira Levenson started seeing Christmas pajamas marketed to her on Facebook, she asked, “Why isn’t there a Jewish version of this?”

She took it upon herself to make that happen.

In late 2017, Levenson started Chosen Threads, designing and selling Jewish holiday-themed and year-round apparel — like glow-in-the-dark “Light Up the Night” menorah pajamas (or, as she puts it on Facebook, “pajamukkahs”) and “Challah at Me” onesies.

She hopes the apparel will inspire pride and excitement about being Jewish.

Levenson, 30, embraces cheesiness but tries to avoid the cliché. She is hesitant to adopt phrases like “I love you a latke,” for example, unless she pairs them with designs that are unique.

The Pittsburgher, who grew up in Squirrel Hill and now lives in the Friendship/Shadyside area, spends hours thinking about what rhymes with what, researching Jewish foodie blogs for inspiration (she briefly played around with a kugel design before deciding it was ugly) and running ideas by friends and family.

“It takes me personally a long time to digest my own ideas before I’m willing to push them out,” she said, often wondering if something is “a little ridiculous — or is it so ridiculous that it’s actually cool?” 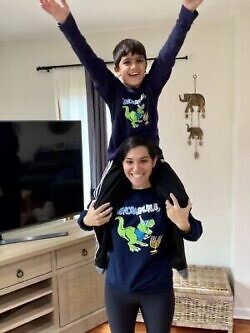 Shira Levenson and her cousin Roey Tuti in the newly printed Menorasaurus shirts. (Photo courtesy of Shira Levenson)
After she comes up with ideas and an artist creates the designs, Levenson sends the files to a factory in China. There, the designs are printed on clothing and shipped to Levenson, who sells the products on Etsy and promotes them on social media, posting photos of people sporting the apparel — like a series with her husband and young cousin.

Some items, though, like her “Menorasaurus” shirts, are made in Braddock.

“I like to do that as much as I can because it’s local and it’s nice,” Levenson said. But the cost of manufacturing in the U.S. can be excessive — if a pair of PJs costs $8 to be manufactured in China, it could cost Levenson $25 plus shipping if it’s made in the U.S. She can’t justify selling pajamas for $50, she said, noting that her products are mostly in the $15 to $25 range. 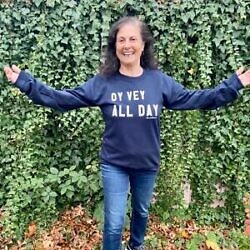 Shira Levenson’s mom, Shoshana Levenson, modeling the Oy Vey All Day crewneck (Photo courtesy of Shira Levenson)
Levenson’s clothes are mainly for kids, but she rolled out some adult apparel like an “Oy Vey All Day” crewneck and a “ShalOHM” yoga tank top that was a hit the minute she put it on Etsy. She is also toying with new ideas, like a shirt with the Pittsburgh skyline and “Pittsburgh” written at the top in Hebrew, something she could replicate for other cities.

Etsy orders come from all over, but when Levenson gets that rare Pittsburgh order, she’ll sometimes personally drop it off.

One customer ordered eight pairs of pajamas sent to five different addresses for a Zoom Chanukah celebration. All the cousins wanted to match. “That was very cool to know that I could be a part in orchestrating that,” said Levenson.

She has spoken with people who feel their connection to Judaism is falling apart with changes to Jewish programming due to the pandemic.

“They feel a little bit of a loss,” said Levenson. “Am I fixing that problem? Certainly not. But am I maybe helping people connect to their Judaism a tiny bit more? I hope so.”

Levenson once received a message from a woman in Georgia who is in a group of lawyer moms, many of them Jewish, called LawMas (they’re also llama enthusiasts). The woman bought the “Hanukkah Llamakkah” pajamas and posted in the LawMas Facebook group. Levenson got 10 orders just from those lawyer moms. 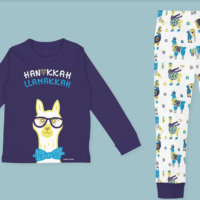 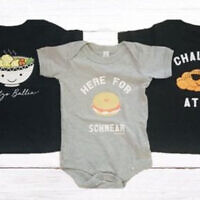 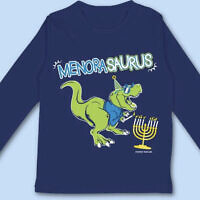 She has made over 1,300 Etsy sales, where Chosen Threads has a five-star rating after more than 100 reviews.

Levenson gets requests to design apparel for other holidays, like Passover pajamas and even Sukkot pajamas.

“I’m like, ‘I’m sorry, we’re light-years away from me ever making Sukkot pajamas — I just don’t see that as a thing,’” she said. Her inbox would have to be flooded with prepaid preorders for that to happen.

Even if people tell her they want something in a message or a social media poll, she explained, they won’t necessarily buy it. Before she begins the process of launching a new item, she needs a level of certainty that it will do well.

Levenson hopes to someday open a shop in Pittsburgh. “I’m sure it will take me a long time to get there, but I would love to have a more expansive, well-known business,” she said. “Maybe one day we’ll get to Sukkot pajamas.” PJC