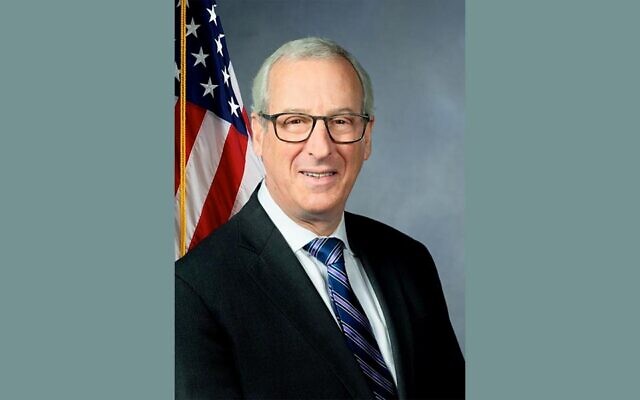 For years, Pennsylvania state Rep. Dan Frankel (District 23) has been trying expand the protections offered by the Ethnic Intimidation Act, the Pennsylvania law that effectively created “hate crimes” as a category of crime in the Commonwealth.

In January, Frankel reintroduced a package of bills that are intended to impose stiffer penalties on those convicted of hate crimes, offer new educational opportunities to offenders and police officers, and allow students to report hate crimes anonymously.

Could 2021 be the year? Could Frankel’s efforts finally bear fruit?

At the very least, the idea that hate crime legislation might be worth a closer look is on people’s minds.

“It’s been timely, for a lot of reasons,” Frankel said.

His hate crime bills were originally introduced in 2019, but his efforts to expand and strengthen hate crime law began much earlier.

In 2002, the state legislature passed an amendment to the Ethnic Intimidation Act, adding LGBT people as a protected class. Challenges to the amendment came quickly, according to The Philadelphia Inquirer, after five people protesting a gay rights festival were charged with hate crimes in 2004.

In 2007, the Commonwealth Court struck down the expansion, and the state Supreme Court upheld the decision the following year. Since then, Frankel has been a part of a group of legislators trying to get LGBT people back under state protection.

The 2018 mass shooting at the Tree of Life building “reinvigorated this effort,” Frankel said. “In addition to that, we looked at some other areas with respect to hate crimes that we thought needed to be strengthened and addressed. So this package went beyond just the amendments to the Pennsylvania Ethnic Intimidation Act, and went further.”

In 2019, Frankel was one of the co-sponsors of a hate crime package — House Bills 2010, 2011, 2012 and 2013 — that sought to: impose stiffer penalties for those convicted of hate crimes, including those targeted because of their sexual orientation, gender or gender identity; mandate educational courses for those on probation or parole for ethnic intimidation; provide more training for police officers to properly identify hate crimes; require post-secondary institutions to offer anonymous online reporting options for students and employees.

Frankel was the primary sponsor for 2010, 2011 and 2013, while state Rep. Ed Gainey, also of Allegheny County, sponsored 2012. In the Pennsylvania Senate, similar bills have also stalled.

Stiffer penalties for hate crimes, Frankel said, would make it clear that such crimes are committed not only against an individual, but against whole groups.

“For instance, somebody who just put some graffiti on a stop sign at an intersection, versus somebody who spray-paints a swastika on a mosque or a synagogue, that needs to be differentiated very, very clearly in terms of the penalties,” Frankel said.

Though the bills had support from then-Pennsylvania House Speaker Mike Turzai, the COVID-19 pandemic rearranged the priorities of the legislature. Frankel’s bills were not among them.

He gave it another roll in the fall of 2020, but his push was unsuccessful.

“Hateful actions continue to be perpetrated against our neighbors simply because of who they are,” Frankel told the Chronicle in October. “We know that these types of interactions are increasing, and it is time for our legislature to take action.”

The bills were crafted in concert with the Coalition Against Hate, a multi-ethnic ecumenical group of leaders from across Pennsylvania. The group includes Gainey and state Senate Democratic Leader Jay Costa, also of Allegheny County.

Crucially, Frankel said, the Coalition Against Hate counts the Pennsylvania Catholic Conference among its stakeholders.

“It was a huge step to get the Catholic Conference to the table, to basically endorse the idea that we ought to be identifying hate crimes against people because of their sexual orientation, gender identity and expression,” Frankel said.

Whether the bills make it into law this time remains to be seen, though Frankel told the CBS affiliate in Pittsburgh that he expects bipartisan support. PJC

Jesse Bernstein is a writer for the Jewish Exponent, an affiliated-publication.