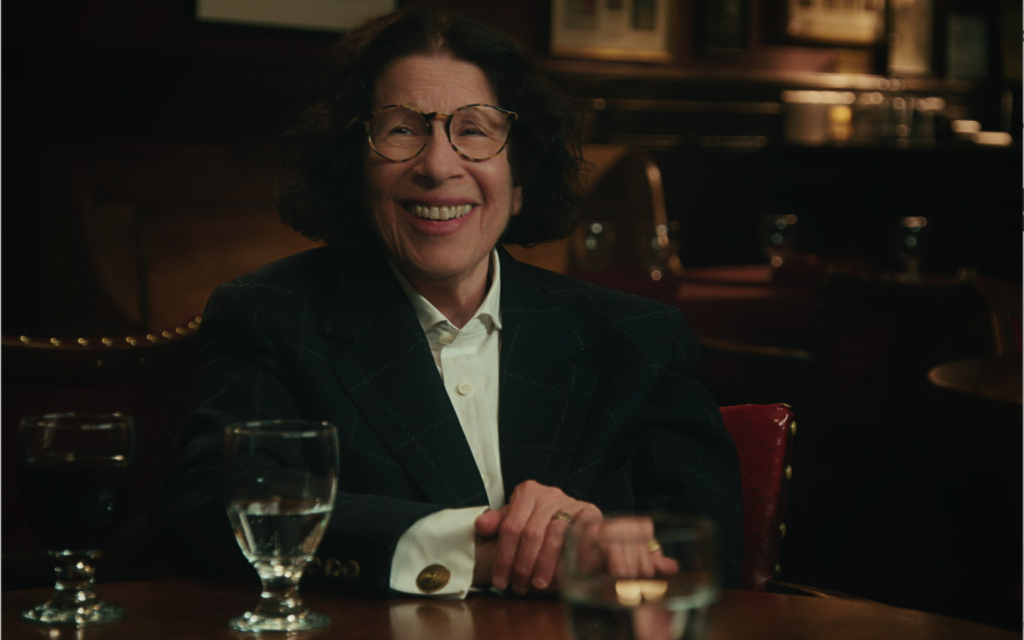 “I have no power, but I am filled with opinions,” the writer, humorist and social critic laments in director Martin Scorsese’s “Pretend It’s a City.” The Netflix series, which was filmed before the pandemic and consists of several free-flowing conversations between Lebowitz and Scorsese on various topics, is an ode to a bygone era, a changing New York and Lebowitz herself.

Lebowitz opines to Scorsese, an old friend, about art, culture, sports, her upbringing, the #MeToo movement, technology and her friendships with artists. Most of the discussions also somehow involve moving to New York, living in New York, being annoyed by New York and why she will never leave New York.

She skewers social media use, travel and the subway, but reserves her most withering scorn for “wellness,” a trend she believes must have originated in California that convinces people to take part in physical activities usually reserved for prisoners of war. There is a shot of her gawking in horror at young women wearing fitness gear and hauling tires down the sidewalk that pairs beautifully with these remarks.

People who know and love Lebowitz will find this series comfortingly on-brand. Those who are not familiar with her work, especially younger audiences, will be entertained by her persona and offered a fascinating cultural history of a New York long gone.

Scorsese occasionally lets Lebowitz’s past interviewers — Alec Baldwin, Spike Lee, Olivia Wilde and others — stand in for himself. The friends’ conversations are interspersed with clips from Lebowitz’s lectures and interviews over the years, footage of celebrities that come up in conversation, old advertisements and other materials that create a viewing experience like thumbing through a scrapbook.

One of the best episodes in the series is “Board of Estimate,” where Lebowitz offers some of the most refreshingly candid commentaries about the links between money, gender and art available in contemporary entertainment.

She claims her troubles are a result of hating money but loving things. She loved writing until she got her first paid writing assignment, when she began to hate it. She discusses the odd jobs she took when she moved to New York, which included cab driver and cleaning lady.

Many of her friends made more money as waitresses, but she refused to work in a restaurant.

“You could not get a shift in a restaurant unless you slept with the manager,” she explained.

She also refused to rent an apartment in the East Village, though that was where many of her peers lived at the time, and opted for a pricier home uptown because, she said, she didn’t want to get raped on her way home.

Lebowitz is not particularly religious, but she offers her takes on Judaism’s prohibition of bacon, her great-grandfather’s experiences immigrating through Ellis Island and how she kissed her Nancy Drew book when she dropped it on the ground as a child because she loved books so much she thought the Hebrew school rules about kissing dropped prayer books applied to secular volumes as well.

She remembers one particularly nasty encounter when she presented her driver’s license to a woman issuing fishing licenses during a vacation on the West Coast. At the time, she said, West Coast IDs had photographs, but East Coast ones did not.

“She goes, ‘What’s the matter, you don’t have photographs on your license in Jew York?’ I was really shocked. I said ‘No.’ ‘Why not?’ I said, ‘Because we can read.’”

The series is generally at its best when viewers get a glimpse of the true friendship between Scorsese and Lebowitz. During their visit to the New York Public Library, their aura of celebrity melts away and they become two regular old New Yorkers chatting about their immigrant heritage amid stacks of genealogy records.

For all it’s charms, “Pretend It’s A City” is too long. Lebowitz’s relentless complaining, though witty, starts to grate if the episodes are binged too quickly. The series would have been a fantastic documentary, but at seven episodes it feels endless — like a visit to an eccentric relative that drags on for more time than you bargained for. It’s worth your time, especially if you need something diverting to fill endless days of quarantine, but fair warning: Pace yourself. PJC

Sophie Panzer is a writer for the Jewish Exponent, a Chronicle-affiliated publication.