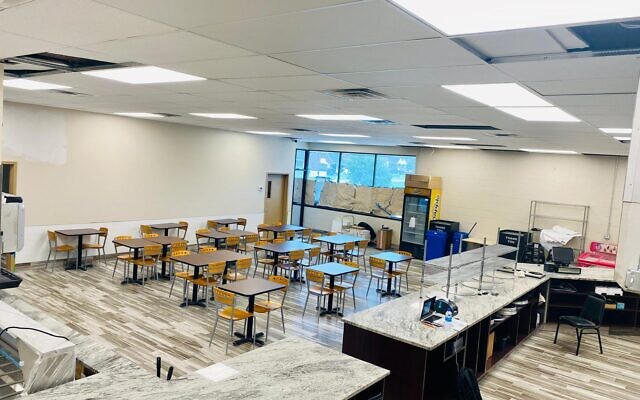 Milky Way, the Squirrel Hill-based kosher dairy restaurant is on the cusp of expansion, with plans to open a second location in a suburb of Cleveland, Ohio.

Construction is nearly finished and the health department inspection has been passed. The new restaurant can open after it gets building and occupancy approvals, said owner Aaron Siebzener.

Once it gets the green light, Milky Way Cleveland will hold a few dry runs with friends and family. The process will enable staff to better learn the space and menu, explained Siebzener.

At nearly 8000 square feet, the new store, situated in a South Euclid strip mall, will be about four times larger than the Pittsburgh location on Murray Avenue and will offer ample parking.

Milky Way Cleveland’s menu will be a bit broader than its Pittsburgh counterpart’s and will include breakfast foods, such as bagels and baked goods, in addition to its familiar pizzas, sandwiches and salads.

Store hours will be 7 a.m. to 10 p.m. Sundays through Thursdays; 7 a.m. to 3 p.m. on Fridays; and one hour after Shabbat ends “until it’s not busy anymore” on Saturdays, said Siebzener.

Joining Siebzener as partners in Milky Way Cleveland are Ben Dynan, a University of Pittsburgh graduate, and Yehuda Gutman, formerly of Squirrel Hill. Both Dynan and Gutman, who currently reside in the Cleveland area, have extensive experience working with Milky Way at its Squirrel Hill store, said Siebzener.

Other partners in the new venture are Akivah Cooperman and Paci Elbaum, of The Bagel Shoppe, a South Euclid-based kosher establishment, which will fold into the new Milky Way Cleveland, added Siebzener.

Whether customers are Cleveland-based, Pittsburgh-based or neither, the new kosher eatery will bring a familiar warmth to those who have enjoyed the Squirrel Hill place for years, said Siebzener: Apart from the breakfast, bakery and bagel additions, “the recipes will be the same, the pricing is relatively the same and the service and cleanliness will be just as good.” PJC