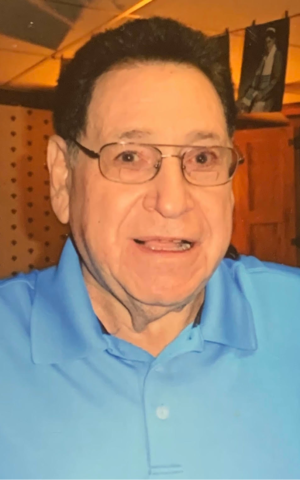 WNUK: Marshall Wnuk peacefully passed away on Saturday, Jan. 9, 2021, with his beloved son, Martin (Lisa Anthony) Wnuk by his side. Marshall is also survived by his sister Phyllis (late Larry) Tucker. He was the former spouse of the late Gloria Cannon Yahr. Marshall was the first-born beloved son (after five daughters) to the late Michael and late Florence (Fellman) Wnuk. Brother of the late Eleanor (late Ed) Kenan, late Rosalyn (late Aleck) Chizeck, late Lois (late Daniel) Braden, late Hermine (late David) Schwartz, late Irving (surviving spouse Catherine) Wnuk and late Gary (late Barbara) Wnuk. He is also survived by many nieces, nephews and cousins. Marshall grew up in the Hill District as a child before moving to Squirrel Hill. While attending Taylor Allderdice High School, Marshall joined the Gamma Phi Fraternity, and was a very good athlete, who played football, ran track and was a pitcher for the Squirrel Hill Bull Dogs baseball team. Marshall attended the University of Pittsburgh where he continued playing sports (intramurally) as a member of the Phi Epsilon Pi Fraternity. After college graduation, Marshall became a salesman. He sold pharmaceuticals for Johnson & Johnson, and then joined Broyhill Furniture in January of 1971 as a manufacturer’s representative selling to furniture stores in Western Pennsylvania and the surrounding area. Marshall developed close lifelong friendships with the other local Broyhill salesmen. Marshall was a huge sports fan who loved watching and attending (Pirates, Steelers, Pitt football, Pitt and Duquesne basketball) games throughout his life. Marshall had many friendships from living most of his life in Squirrel Hill and because he was an outgoing person, with a great sense of humor who had a great smile and was a fun, big- hearted guy. He loved spending time with his family and socializing with his friends. Private graveside services and interment were held at Temple Sinai Memorial Park. A celebration of Marshall’s life will be held at a later date. Memorial contributions in Marshall’s memory may be made to a charity of donor’s choice. Arrangements entrusted to Ralph Schugar Chapel, Inc., family owned and operated. www.schugar.com PJC