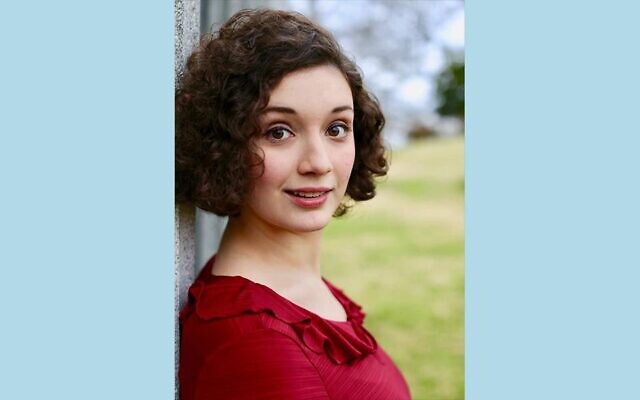 A trip to Israel changed the course of Rachael Houser’s life.

The Sewickley native was working as an actor in New York, performing in various musicals and plays. A Birthright trip to the Jewish state when she was 23 caused her to rethink her career and consider becoming a Reform rabbi instead.

During that trip, fellow tourists frequently asked her questions about Judaism, which she happily answered. At then end of the two-week program, the entourage’s tour guide told her she should be a rabbi.

In Houser’s mind there was just one wrinkle to that plan: she had converted to Judaism and did not know if she would be accepted as a student at the Hebrew Union College.

“I was like, ‘Oh my goodness, I’ve only been Jewish for a couple of years, they aren’t going to want me; people who were born Jewish are so much better qualified,’” she recalled thinking. “My mother, who is still Catholic but very supportive, told me I might as well apply and have someone else tell me I wasn’t ready to do this instead of disqualifying myself.”

Houser credits the Jewish community in New York for spurring her interest in the religion and fanning her desire to become a spiritual leader.

“Judaism has great advertising,” she said. “It has such a wonderful system of rituals, values, sense of history and living your life focused on the community and not just the individual. Judaism really filled everything I need to feel I was living a moral and happy life.”

Houser first came in contact with Judaism through interfaith neighbors who invited her family to their annual Seder, which she attended beginning in elementary school through high school graduation, calling it her “favorite day of the year.” That early exposure to the religion helped her eventually decide to convert.

While continuing her day job of auditions, rehearsals and performing, Houser recalled feeling a gulf between the job she was doing to pay her rent and the work she performed as a Havurah and Shabbat Together teacher at the Marlene Meyerson JCC in Manhattan and through her participation in Mitzvah Day programs at Temple Emanu-El, where she was a member.

“I knew I couldn’t be a performer anymore,” she said. “I wanted to find a job that really encompassed how much Judaism had changed me for the better and made me want to be a better participant in the world. That’s when the rabbinate opened up for me.”

Houser, now 25, was raised Catholic. While she admits feeling a bit of what she calls “imposter syndrome,” she is certain that any gaps in her Judaic knowledge will be filled in during her five years of rabbinic training. At this point, she noted, none of her classmates are experts and everyone excels in some aspects of the rabbinate while drawing help and support from peers who are further along in other areas.

Houser is one of four rabbinic students in her class who are converts to Judaism. 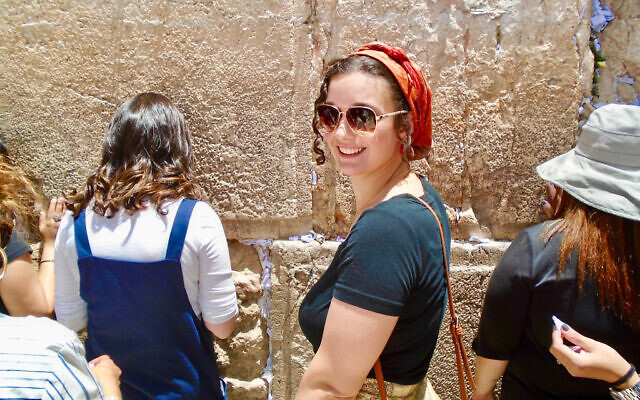 Houser visited Israel when she was 23 as part of a Birthright trip. Photo by Becca Barrett.

Houser is currently serving as a rabbinic intern at Beth Samuel Jewish Center in Ambridge, but that wasn’t her original plan. Like most first-year rabbinic students, Houser had planned to be in Israel studying at HUC’s Jerusalem campus. COVID-19 made that impossible. Instead, Houser moved back to Pittsburgh and reached out to the pluralistic synagogue to see if she could assist with any needs they might have, expecting to pack machzors for the High Holidays or possibly help teach Hebrew.

Instead, the synagogue offered Houser an internship position, allowing her to head programs like the “Founding Mothers of the Torah” on Oct. 14 and to lead “A Torah Talk” on Oct. 16. Like so much else these days, most of what Houser does will be virtual as Beth Samuel’s synagogue building remains closed due to the pandemic.

“We’re very excited to have her on board as our intern,” said Bill Snider, the congregation’s president. “It won’t be quite the same as having her in person given everything that’s happening, but we think she’ll add a lot to our virtual services and programs.”

Cantor Rena Shapiro, Beth Samuel’s spiritual leader, is excited to pass along some of the knowledge she has accumulated throughout her career.

“I have decades of experience on the pulpit and Rachael is just starting out on her journey to the rabbinate,” Shapiro said. “I think the internship will afford her an interesting and, hopefully, useful perspective as she embarks on her academic career.”

Shapiro hopes to serve as a mentor to Houser and feels that she can be especially helpful in one area in particular.

“Students take cantillation, how to chant the Torah,” Shapiro said. “I taught that at my seminary after I was ordained. That’s a forte of mine, and she happens to be taking that right now.”

Houser is appreciative of the opportunity she has been offered at Beth Samuel.