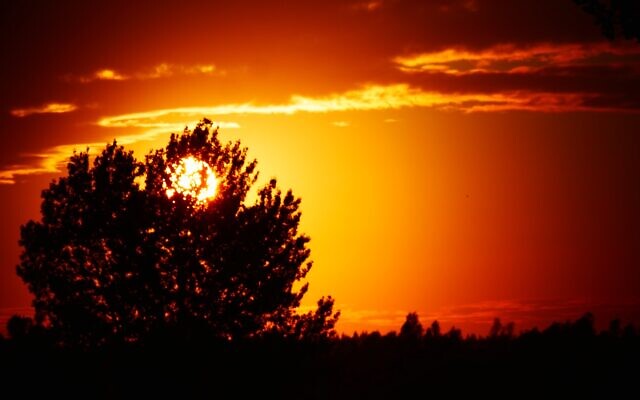 The U.S. Senate recently passed a bill to make daylight saving time permanent across the nation beginning in 2023, which has sparked concerns from Orthodox advocacy groups — and rabbis in Pittsburgh.

The measure, called the Sunshine Protection Act, was unanimously passed by voice vote in the Senate. The bill must still be passed by the House of Representatives before it goes to President Joe Biden to be signed into law.

The national Orthodox Union warned, in a letter obtained by the Jewish media, that the bill will “interfere with the ability of members of our community to engage in congregational prayers and get to their places of work on time.”

“The real concern is about moving services and, of course, waking up when it’s dark outside,” Altein said. “That’s the debate.”

The Orthodox community interprets Jewish law to require daily morning prayers to take place after sunrise. If daylight saving time is made permanent throughout the U.S., both sunrises and sunsets would come later, meaning some winter sunrises could occur after 9 a.m. — after the workday begins for many people.

Altein stressed there’s a concern beyond morning services; he noted that Jewish law also mandates that the earliest tallitot and tefillin can be put on is between dawn and sunrise.

“If they keep the daylight saving time in the winter, that’s going to be late,” he said.

“The issue is very simple,” Wasserman said. “There are many elements of family life that are governed by sunrise and sunset.

“If they make a full-time daylight saving time, a considerable part of the year it would come with extreme difficulty in the mornings,” he said.

Rabbi Avrohom Gordimer, a member of the national Rabbinical Council of America, told the Forward that another concern is that even if observant Jews choose to pray on their own at their workplaces, they could face penalties or it could complicate their ability to perform their job.

Sen. Marco Rubio, a Republican from Florida and one of the authors of the Sunshine Protection Act, maintained that permanent daylight saving time will help prevent pedestrian accidents, reduce crime and decrease seasonal depression and childhood obesity.

Rep. Frank Pallone Jr., a Democrat from New Jersey who chairs the House Energy and Commerce Committee that oversees such time change policies, told reporters that it could take weeks or even months before the House brings the Senate bill to the floor for approval.

To Wasserman, that sounds pretty good.