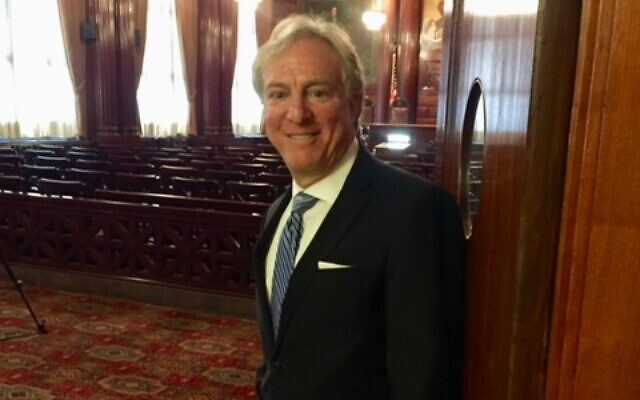 Jewish Pittsburgher Cliff Levine, one of the attorneys working on the Biden campaign’s election-related litigation in Pennsylvania, describes the past five months as a “nonstop attack.”

“Pennsylvania was the single most important battleground state, and the Republicans have been very, very aggressive about bringing lawsuits,” he said.

Levine, who chairs the appellate advocacy group at Dentons Cohen & Grigsby, estimated he has handled about a dozen election-related lawsuits in the last few months, including one involving a ballot access issue for the Libertarian Party, the Green Party and the Constitution Party. He was involved in several cases concerning Pennsylvania’s mail-in voting statute, satellite offices and drop boxes. And he assisted another Jewish lawyer, Lazar Palnick, co-chair of the Pennsylvania Voting Protection Steering Committee, with training and deploying thousands of volunteer lawyers throughout Pennsylvania to the polls with the goal of ensuring that every vote counted.

His biggest legal battle now, he said, relates to the Pennsylvania Supreme Court’s decision to extend the state’s vote-by-mail deadline to count ballots that arrived up to three days after Election Day.

On Oct. 19, the U.S. Supreme Court rejected a Republican effort to undo the state Supreme Court’s decision in a 4-4 split — Chief Justice John Roberts and the three liberal justices on one side, the four conservative justices on the other.

But Levine doesn’t think a potential reversal of the Pennsylvania Supreme Court’s decision would change the results of the presidential election. Biden, as of Nov. 12, was up in Pennsylvania by more than 50,000 votes. Only 10,000 votes were received after polls closed between Election Day and Nov. 6, according to Pennsylvania’s chief election officer.

“There has been no fraud at all,” said Levine. He thinks Republicans are trying to delay the process and prevent mail-in votes, which broadly favor Biden, from counting.

He analogized the situation to football.

“If you look on the scoreboard, Joe Biden has over 270 points,” Levine said. “And the referee is taking that certification to report it into Congress. And the Republicans are trying to create technical issues questioning ‘Well was that really fair when that field goal was kicked? Shouldn’t you have called an offsides earlier in the half?’

“They’re raising all these issues and going to the referee and saying, ‘Please, please, please tell me all this,’ and then hoping that the referee isn’t able to take his certification to the scoring official in time and have the game not count because of all these delays,” he continued.

The electors are set to vote in their respective states and the District of Columbia on Dec. 14. If the vote tallies remain intact, Biden will be inaugurated as president on Jan. 20.

But there could be efforts to block and delay the electors’ vote, said Levine.

“We have to see basically if the Republican Party at some point is just going to acknowledge, as we typically do in our country, that one side has won, and the other side has lost,” Levine said. “I think the whole country would like to see a responsible transfer of power.”

The Chronicle contacted the Republican Jewish Coalition of Pennsylvania seeking an interview with a Jewish attorney representing the Trump campaign or the GOP in the election lawsuits filed in Pennsylvania. The RJC did not provide a source who would agree to be identified by name. PJC