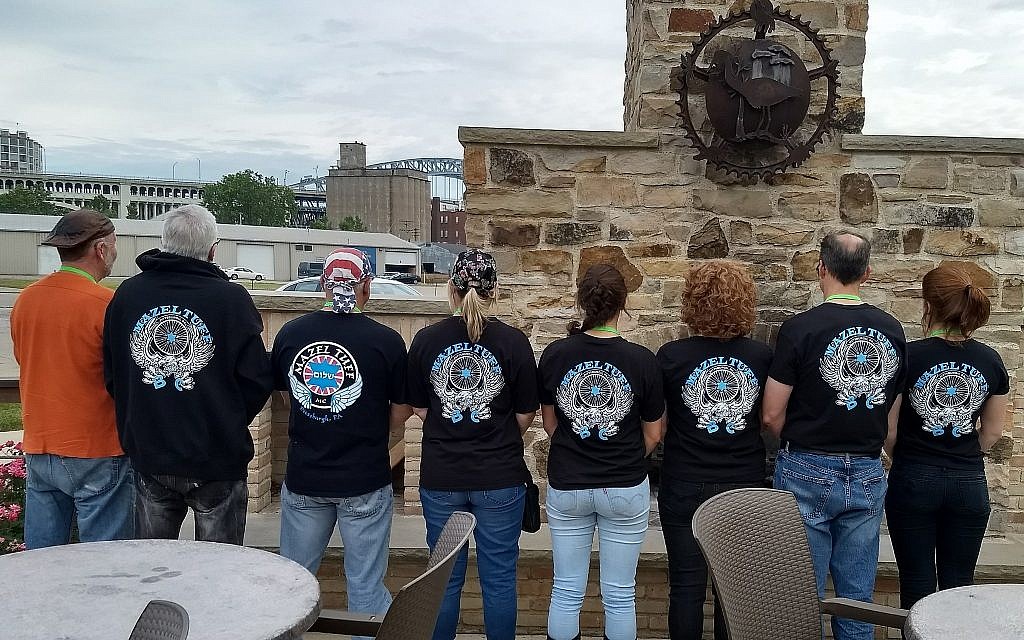 The Squirrel Hill resident rides his motorcycle every day to and from his day job as a used car sales manager. He rides in the spring and the fall. On Sundays, at least before COVID-19 hit, he’d take two- to three-hour rides with biker friends.

“I feel uncomfortable in a car,” Levenson said. “I just love the feel of a bike – it’s the power, the smell of the engine. You don’t get that in a car.”

About a decade ago, Levenson saw an ad in the newspaper from a group called the Jewish Motorcyclists Alliance that sought Jewish motorcyclists to ride en masse to the U.S. Holocaust Memorial Museum in Washington, D.C.

About a dozen Pittsburghers responded to the ad, he said. And the band of Jewish riders known as the Mazel Tuffs was born.

Wendy Levenson, Todd’s daughter, gets interesting responses when people hear about the club she, her father and her sister Miriam help lead.

“Most people are shocked for two reasons – I’m a girl and I’m Jewish. And that’s not what you associate with bikers,” said Wendy Levenson, of Shadyside. “It kind of brings a new activity to your Jewish traditions and your Jewish rituals.”

There are Jewish elements to the club, part of a JMA network of 42 local chapters in countries as far flung as the United Kingdom, Israel and Australia. (Many have tongue-in-cheek names like Chai Riders or Hillel’s Angels.)

Every time the Mazel Tuffs ride, they collect $5 per ride as tzedakah for an annual “Ride 2 Remember,” where JMA riders travel to and meet up at Holocaust museums or memorials around the country. COVID-19 cancelled the gathering this year but several riders are already primed for 2021’s destination: San Diego.

Many members of the Mazel Tuffs had similar things to say about the existential experience of riding a motorcycle and caring more about the journey than the destination. 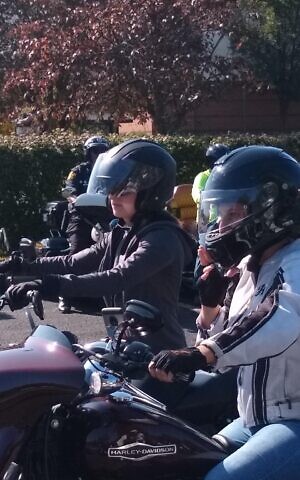 Members of the Mazel Tuffs. Photo provided by Wendy Levenson
“You feel the wind – sometimes it’s called wind therapy – and you feel the movement of the bike,” said Dave Rosenblatt, the international motorcyclists alliance’s vice president. “You can smell everything. And you feel connected to the road in a way you don’t in a car. You feel connected to the environment and to the weather, too.”

Bill Braslawsce, a Beaver County attorney, has been riding a motorcycle for about 20 years. When he was a kid, growing up in East Liverpool, Ohio, the mode of transportation was dirt bikes. Today, it’s a Harley Davidson.

Braslawsce is one of the few Jews in Beaver County and skips between local congregations around the region to worship. Mazel Tuffs, for him, is a Jewish outlet and a kind of extended family.

“We get together, not only to ride,” he said. “We get together at family functions, weddings, bar mitzvahs, things like that. It’s just a group of good friends. Most of the time, at least in years past, we ride.”

In “typical” years, the Mazel Tuffs will pick a spot a few hours removed from Pittsburgh – Punxatawny, maybe, or south into West Virginia – and they’ll simply take to the back roads to see the sights.
“We ride, we eat,” laughed Braslawsce. “We ride, we eat some more.”

But something that bonds the group of roughly a dozen riders is the feeling of the ride.

“When you’re on the road, you’re not looking at your phone,” Wendy Levenson said. “It kind of clears your mind. It’s truly hours of your own thoughts. You’re really able to experience something larger.” PJC