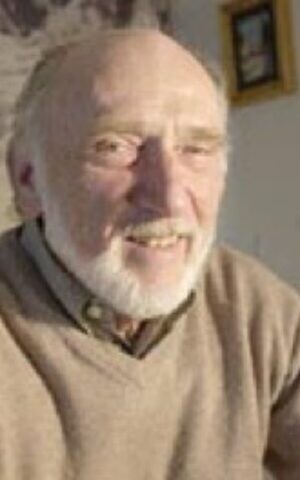 LEVICK: Lewis M. Levick, of Pittsburgh, died on Tuesday, Feb. 15, 2022, age 92. Born May 11, 1929, in McKeesport, Pennsylvania, to Albert Levick and Pauline Rosenzweig. A graduate of Taylor Allderdice High school, he attended the University of Miami in Coral Gables, Florida. There, he met and married Ruth Margaretten, having two children. For 36 years, Lew owned and operated Toll Gate Auto Wrecking Company, located atop Toll Gate Hill, a landmark of sorts in Greensburg, Pennsylvania. Known to be fair, honest, reliable and respectful in his business dealings, he was also that way in the rest of his life: That’s who he was. A soft-spoken, kind and unassuming man, others felt accepted and at ease just being with him. After retiring, he volunteered with SCORE (Service Corps of Retired Executives) for over 15 years, and received special recognition for his mentoring of aspiring entrepreneurs. He also volunteered at Pittsburgh’s Science Museum. Also adventurous in retirement, Lew biked in various scenic locales, and even trekked in the Himalayas. His striking photographs from such trips do more than capture their subjects well: They convey their very essence, evoking a sense of awe. Putting all else aside, what mattered most to Lew was his family. He especially delighted in the time he spent with his grandchildren, teaching several how to ski, and even showing his granddaughter how to tie her shoes. He was a devoted and loving father — and a caring and loyal friend. A firm believer in public schools, he generously supported his children’s higher education, also contributing toward that of extended family members. Lew was predeceased by his dear sister, Elsa Glazer, and also by his lifelong best friend, Jerry Balbot. He is survived by his son, Stephen Levick, M.D. and his wife Judith Saltzberg, Ph.D.; by his daughter, Ellen Levick and her husband, Carl Martahus; and by his sister, “Dolly” Dolores Harris. Lew also leaves behind three grandchildren: Michael Martahus and his wife, Sarah; Amanda Miller and her husband, Will; and Noah Levick; and by three great-grandchildren. Graveside services and interment were held at Homewood Cemetery. In lieu of flowers, Lew’s family asks that donations be made to The Jewish Association on Aging, development@jaapgh.org. Arrangements entrusted to Ralph Schugar Chapel, Inc., family owned and operated. schugar.com