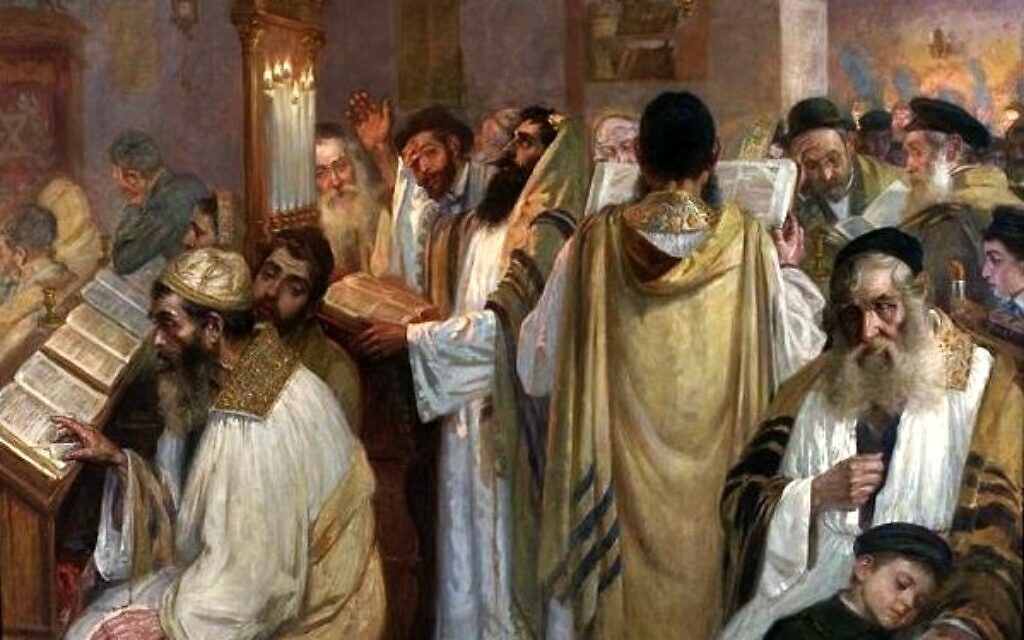 "On the Eve of Yom Kippur" (Jakub Weinles, Public domain, via Wikimedia Commons)

Herman was studying to become a cantor at the time and had been given a student cantorial pulpit for the High Holidays. From then on, wherever their son happened to be for Yom Kippur, Herman’s parents would travel there to hear him sing Kol Nidrei, even if it was halfway across the country.

Commonly translated as “all vows,” Kol Nidrei asks God to retroactively absolve the community’s vows that were made, either mistakenly or under duress, over the previous year, said Cantor Melanie Blatt of Beth El Congregation of Baltimore in an email. It also asks forgiveness for any such vows in the year to come.

The origins of Kol Nidrei go at least as far back as 9th century Babylonia, and possibly even further, Herman said. The service may have been particularly relevant during Medieval times, when it could be fairly common for Jews to make vows of conversion to another religion on pain of death, Blatt explained. 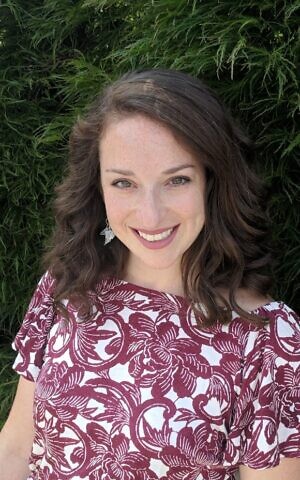 “This made the text of Kol Nidrei particularly appealing to include in the yearly service that kicks off the day of Yom Kippur, since it enabled people to start their year feeling completely Jewish and clear of all vows,” Blatt said.

Herman said that, in the past, some rabbis have found the liturgy of the Kol Nidrei prayer to be problematic, as some could potentially interpret it as permitting congregants to take their vows less than seriously. Some rabbis also viewed it as possible fuel for antisemitism, arguing “there are people out there who have it out for us, who say, ‘Hey, Jews can do whatever they want, they can kill people, because they’ve got this prayer that absolves them of all guilt,’” Herman said.

While some rabbis went so far as to suggest doing away with Kol Nidrei entirely, the Jewish community, whether for liturgical reasons or because of the melody’s haunting beauty, typically found this an unpopular suggestion, Herman said.

“The people always revolted against [that idea],” Herman said. “We have to have Kol Nidrei.”

For centuries, the precise content of Kol Nidrei likely varied from one community to another, until the invention of the printing press in the 15th century, which permitted the codification of Jewish liturgy, Blatt said.

Some might be surprised to learn that the words of such an important and popular prayer aren’t actually Hebrew, but rather Aramaic, Herman said. He explained that Aramaic was the spoken, conversational language of many Jewish communities as far back as 2000 years ago. As it happens, Kol Nidrei is in good company, as the Kaddish is Aramaic as well, in addition to a few other prayers recited during the Jewish year.

As for Herman’s father, he continued listening to his son singing Kol Nidrei until 2019, when he had reached his 90s and was approaching the end of his life. Herman flew home from New York to Michigan to be with him the day before Yom Kippur. Before his return flight the next day, Herman asked his father if he would like him to sing Kol Nidrei there, and he received an enthusiastic yes. 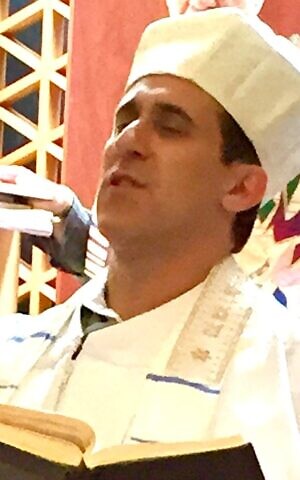 “I took out the book, and I did a whole production, and I sang from the bottom of my soul, and I sang him Kol Nidrei, and he was blissed out,” Herman said.

That evening was the last time Herman’s father was out of bed, and after a second visit from his son a few days later, his father became unresponsive and later died.

Herman takes comfort in knowing that his father died on Shabbat, which is interpreted by some as God calling the holy to return to God, and that he died just after Yom Kippur, which can be taken as a sign of dying spiritually clean.
“It’s almost as if my singing Kol Nidrei that night, something happened where he was like, ‘OK, I’m ready to go,’” Herman said. PJC

Jesse Berman writes for the Baltimore Jewish Times, an affiliated publication where this first appeared.