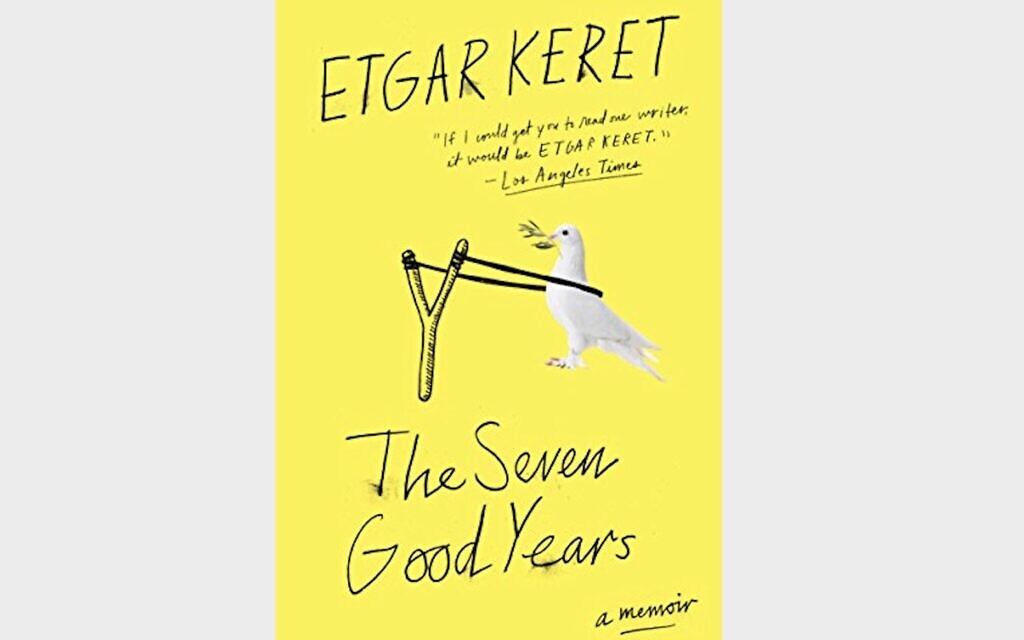 The Pittsburgh Jewish Chronicle invites you to join the Chronicle Book Club for its May 1 discussion of the memoir “The Seven Good Years,” by Israeli author Etgar Keret.

From Amazon.com: “Etgar Keret is not your usual memoirist. For his first foray into the genre — he is the author of several lauded short story collections — Keret chose the titular Seven Good Years between the birth of his son and the death of his father as temporal boundaries for a series of four- to five-page vignettes and ruminations, ranging from humorous to anxious (but humorous) to heavy (and humorous). And for the most part, those events don’t even define the content of this collection. Keret — a native of Israel — contemplates moments of his life against a backdrop of constant conflict, casting an absurd light on both the monumental and mundane: a time-wasting game of chicken with a telemarketer becomes an irritating memento mori; the terrorist subtext of Angry Birds comes disturbingly (if somewhat speciously) clear; a whimsical mustache conjures a story of a near-fatal encounter in Lebanon. His compact style benefits the brevity of the pieces, perfectly matching his skewed and occasionally detached tone; Keret is a sort of bemused and sometimes baffled observer of the world and the people who inhabit it, and simply a wonderful writer.”

How It Works
We will meet on Zoom on Sunday, May 1, at noon. As you read the book, we invite you to share comments and join discussions in our Facebook group, Chronicle Connects: Jewish PGH. We invite you to join now if you are not already a member of the group.

What To Do
Buy: “The Seven Good Years.” It is available from online retailers, including Amazon and Barnes & Noble.

Email: Contact us at drullo@pittsburghjewishchronicle.org, and write “Chronicle Book Club” in the subject line. We will send you a Zoom link for the discussion meeting.