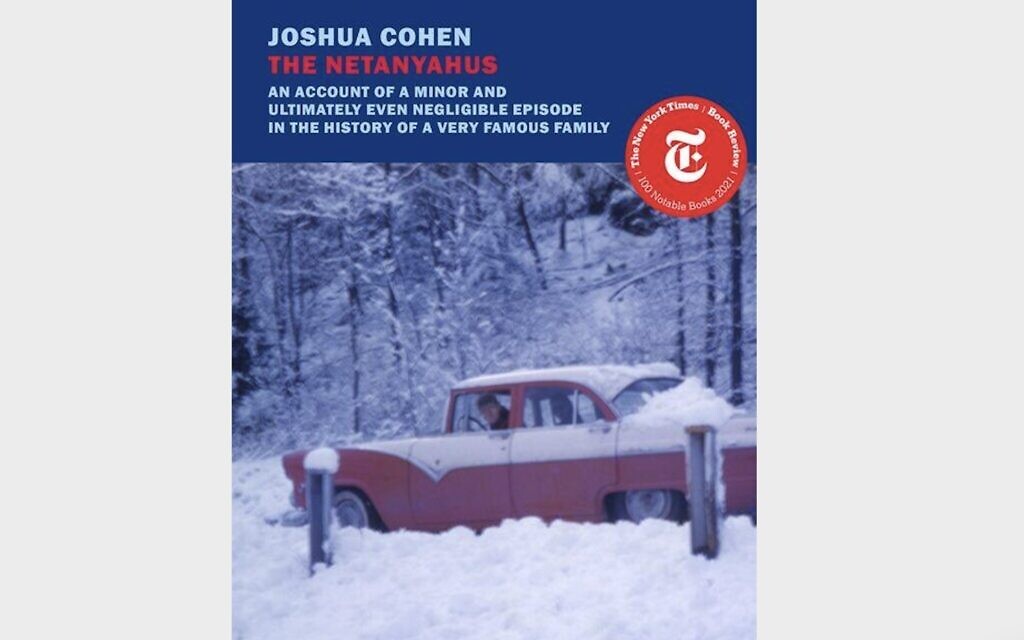 The Pittsburgh Jewish Chronicle invites you to join the Chronicle Book Club for its April 3 discussion of “The Netanyahus: An Account of a Minor and Ultimately Even Negligible Episode in the History of a Very Famous Family,” by Joshua Cohen.

“The Netanyahus,” winner of the 2021 National Jewish Book Award and a New York Times Notable Book of 2021, is set at a college in not-quite-upstate New York in the winter of 1959-1960. From the publisher: “Ruben Blum, a Jewish historian — but not an historian of the Jews — is co-opted onto a hiring committee to review the application of an exiled Israeli scholar specializing in the Spanish Inquisition. When Benzion Netanyahu shows up for an interview, family unexpectedly in tow, Blum plays the reluctant host, to guests who proceed to lay waste to his American complacencies. Mixing fiction with non-fiction, the campus novel with the lecture, ‘The Netanyahus’ is a wildly inventive, genre-bending comedy of blending, identity, and politics that finds Joshua Cohen at the height of his powers.”

How It Works
We will meet on Zoom on Sunday, April 3, at noon. The author will join us for part of the meeting.

As you read the book, we invite you to share comments and join discussions in our Facebook group, Chronicle Connects: Jewish PGH. We invite you to join now if you are not already a member of the group.

Buy: “The Netanyahus.” It is available from online retailers, including Amazon and Barnes & Noble.

Email: Contact us at drullo@pittsburghjewishchronicle.org, and write “Chronicle Book Club” in the subject line. We will send you a Zoom link for the discussion meeting.