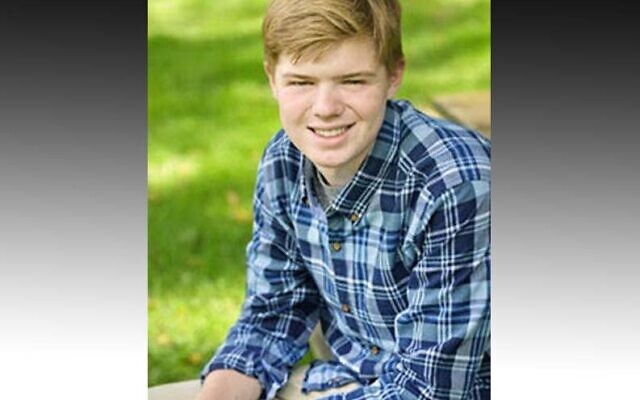 According to media reports, Bahm and his roommate, Griffin Cuomo, 23, were attacked by Ramy Hany Mounir Fahim in their apartment Tuesday morning.

Fahim and Cumo were coworkers at Pence Wealth Management.

Fahim is accused of stabbing both Bahm and Cuomo to death. He is being held without bail and will be arraigned on May 6.
The Orange County District Attorney’s office said in a press release that Fahim, 26, is being charged with “special circumstances” — lying in wait — in regard to the murders, which will make him eligible for the death penalty.

The defendant was seen by a security guard on the apartment complex’s roof shortly before midnight. He was later seen on the same floor as the victims’ apartment the morning of the murders. He was still in the apartment when Anaheim police responded to a 911 call.

“These young men were just starting to live out their dreams and find their places in the world,” Orange County District Attorney Todd Spitzer said. “An intruder who stalked them and then slashed them to death in their own home interrupted those dreams. The callous way that two young lives were ended cannot be ignored, and we will do everything we can to ensure justice is served.”

Authorities have not announced a motive for the crime.

Bahm graduated in 2017 from Mt. Lebanon High School and in 2021 from Orange County’s Chapman University with a degree from the Fowler School of Engineering.

On a tribute page created by the university, Erik Linstead, associate dean of the school, remembered Bahm as a capable student who laughed at his jokes and was supportive during COVID and the move to online courses.

“I’ll remember him as someone who made the effort to show me kindness when I needed it most,” he wrote.

Bahm’s family are members of Temple Emanuel of South Hills.

“Jonathan was the best friend anyone could ever ask for,” said Debbie Levy, a close family friend. “He was the epitome of a mensch. Everyone who knew him adored him and he loved us back. At Temple Emanuel’s Torah Center he was a favorite student. And there were a few of us lucky enough to have him as a madrich, a teacher’s assistant. Every child he helped teach adored him.”

“My heart breaks with a family experiencing the deepest depths of tragedy,” Temple Emanuel Rabbi Aaron Meyer said. “Jonathan will be remembered by his friends and family as ‘the best of us.’ I pray the many joyous memories he created are a salve for the broken hearts.”

A funeral was held for Bahm on Sunday, April 24, at Temple Emanuel. PJC