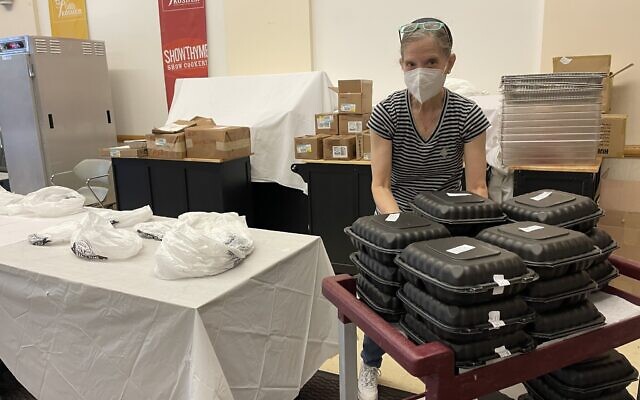 Jacki Richey has a schedule: On Tuesdays, she calls the Jewish Community Center of Greater Pittsburgh. On Mondays and Wednesdays of the following week she receives a reply — an automated message informing her that her meals will be delivered in 15 minutes.

A quarter of an hour later, Richey, 76, waits by the door of her Squirrel Hill home for the semiweekly drop-offs, which are staggered. On Mondays, she and her husband Paul receive a total of four meals: two hot and two cold. On Wednesdays, they receive six meals: two hot and four cold.

Richey tries to thank the JCC staffers who arrive in vans and drop off food, but the pandemic has reduced the opportunity for prolonged conversation. But even if she can’t thank them personally, she said the service is greatly appreciated.

Ralph Wise, 63, also gets meals delivered on Mondays and Wednesdays. He started getting lunches through AgeWell at the JCC almost three months ago after a friend, a fellow resident of The New Riverview, told him about the freshly made kosher meals.

“They are excellent and very nutritious,” said Wise, one of nearly 30 Riverview residents who get the meals. The service “means the world to me,” he added. “It’s a very nice gesture.”

Feeding seniors has long been a JCC bailiwick. Before COVID-19 required a shuttering of in-person dining, J Cafe in Squirrel Hill was a place for seniors to gather regularly for food and companionship. Some came from as far away as 20 miles north of Pittsburgh.

“It had its social advantages,” he said. “If you went there you met people.”

For months now, Mandelcorn and his wife Ruth, 90, have received the semiweekly lunch drop-offs at their home.

“The meals we get, we really appreciate,” he said. “It takes off a lot of stress. We don’t do our own shopping.”

But while Mandelcorn enjoys the delivered food, he said he misses the conversations he used to have at J Cafe. 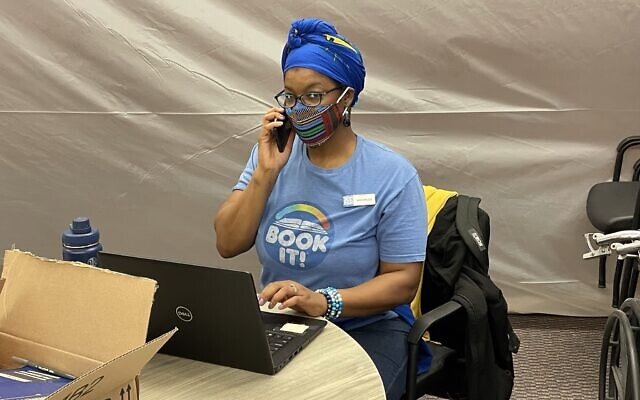 Prior to March 2020, between 130 and 140 people came to J Cafe each day, said Sharon Feinman, division director of AgeWell at the JCC. Now, the number of people served has grown to 230 each week.

Before the pandemic, the JCC was providing approximately 675 in-person lunches weekly; it is now preparing 1,150 boxed lunches per week — some are delivered and others are picked up by seniors at the JCC in Squirrel Hill, explained Feinman.

According to the Pennsylvania Department of Aging and Area Agency on Aging guidelines, older adults are eligible for access to congregate meals. A senior center, like the JCC, can set a suggested donation amount in consultation with its Senior Center Advisory Committee — the JCC asks seniors for $1.50 per meal — but older adults won’t be turned away if they don’t have the ability or choose not to pay, said Mancuso.

“Meals are reimbursed to the senior center through our contract with the Area Agency on Aging [and] ultimately paid for through PA Lottery dollars,” she added. 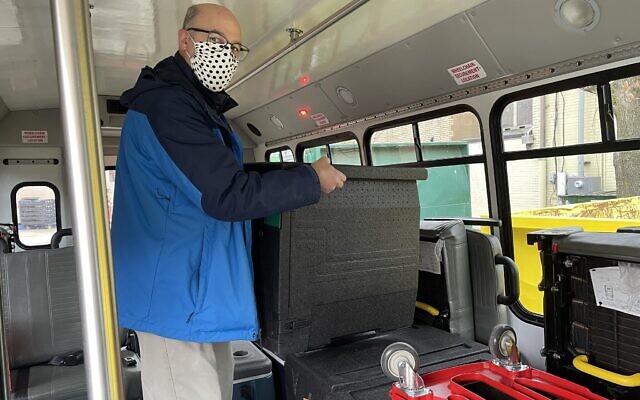 He said it’s been nice to see so many seniors, even briefly, during this period and they always express appreciation.

Feinman agreed and recalled numerous messages meal recipients have mailed along with checks.

“These are the nicest, kindest notes we receive,” she said.

The lunch programs are just one example of how the JCC cares for its members and neighbors, said Brian Schreiber, the JCC’s president and CEO.

Along with hosting blood drives and helping people secure COVID-19 vaccinations, the JCC staff routinely calls nearly 300 senior members each week. More than 15,000 weekly wellness checks have been completed since the start of the pandemic, Schreiber said.

“It’s a lot of work for our staff to pull this all together,” said Feinman, but everyone — regardless of title or department — is dedicated to the task.

“You’re in this work to help others,” she added. “It’s so important to have a strong community and to care for your neighbor.” PJC