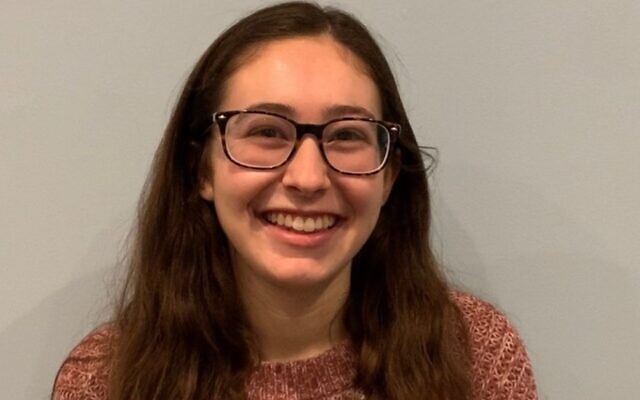 The Jewish Community Center of Greater Pittsburgh has hired a new youth director excited to take the reins in the South Hills.

The organization recently named Emma Litwak as its new director of the JCC South Hills Children, Youth and Family Department and the director of its South Hills day camps.

Litwak, who now lives in Bloomfield, was born in Pittsburgh and lived the first five years of her life here. She later moved with her family to the Louisville and Cleveland areas before returning to southwestern Pennsylvania in 2016 to attend the University of Pittsburgh. She graduated in April 2020.

Litwak started as a counselor in a JCC after-school program while studying at Pitt in 2017. She said she “fell in love with the community, the activities and the kids.”

When an opening came up as a program coordinator, she took it and started a leadership role in after-school programming. In that role, she planned Kids Nite Out, KDays and parties. She also more recently served as a school day engagement coordinator to support the virtual learning of kindergarten and first-grade students in the JCC Squirrel Hill All Day at the J program.

After graduating from Pitt with a degree in psychology and certificates in nonprofit management and Jewish studies, Litwak approached Rachael Speck, JCC’s Children, Youth and Family Division director, and told her “I want to stay here,” the two recalled. Speck said the JCC in Pittsburgh is fortunate to keep someone of Litwak’s caliber in town.

“We feel we have someone here who cares, who is a JCC lifer and who is passionate about the work,” Speck said. “I knew early on she was someone with a lot of potential … It was all sort of meant to be.”

In her new role, Litwak will oversee South Hills day camps and assist with children’s programming at the JCC’s South Hills branch.

Litwak stressed she is joining a team experienced in keeping up with the demands of maintaining safety for children during the COVID-19 pandemic. It’s a road she’s walked before. In her youth, Litwak attended J&R Day Camp in Monroeville and JDay Camps of the Mandel JCC in Cleveland.

“The community here, it drew me in,” Litwak said. “There’s no place I’d rather be than in Pittsburgh and in this community.” PJC