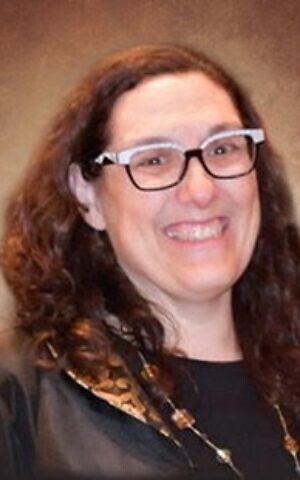 MCSHEA: Jane Blair McShea, of Pittsburgh, died peacefully surrounded by loved ones at UPMC Shadyside Hospital in the early hours of Jan. 29, 2021, after waging a heroic two-year battle against metastatic leiomyosarcoma cancer. Born Nov. 14, 1964, at the U.S. Army Hospital in Bad Cannstatt, Germany, Jane leaves a legacy of having touched thousands of lives in supporting equal access to health care for low-income women, and advocating for international adoption. The oldest of four, Jane moved frequently as a child, as her father Tex served a distinguished 20-year career in the U.S. Army. His final assignment was at the Pentagon, and the family made Springfield, Virginia, their home. A lifelong fan of the Washington Redskins, one of Jane’s fondest memories was witnessing the 1982 NFC Championship Game, where the Redskins beat the Dallas Cowboys on their way to winning Super Bowl XVII. Jane graduated from Lake Braddock High School in 1983, and received a B.A. in political science from Mary Baldwin College, Staunton, Virginia, in 1987. She truly came into her own at Mary Baldwin, serving as president of the College Democrats and president of her residential house. Jane pursued her interest in Democratic politics, securing a position in the office of U.S. Representative James Bilbray (Nev.). It was there she met her husband and soulmate Bernie, and they enjoyed the receptions, happy hours, and summer softball games characteristic of Capitol Hill life. In the fall of 1994, they embarked upon master degree programs at the University of Michigan, Ann Arbor, where Jane received her Master of Social Work in December 1995. Her career in social work spanned different populations, including premature babies and their families, patients recovering from orthopedic surgeries and traumatic brain injuries, and low-income women seeking basic gynecological care and well as assistance with crisis pregnancies. Jane’s career progression took her to Alexandria, Virginia Hospital; St. Lawrence Rehabilitation Hospital in Lawrenceville, New Jersey; Planned Parenthood of Greater Orlando, Florida; and two stints at UPMC Magee-Womens Hospital, beginning in 2000 when she and Bernie first moved to Pittsburgh, and resuming in 2012 when they returned after several years in Florida. Unable to have children of her own due to a previous childhood cancer, Jane was determined to help a child in need, and she and Bernie adopted their daughter Caroline in Guangzhou, China, in October, 2002. Jane threw herself into all things China adoption with her infectious enthusiasm, joining the board of Three Rivers Families with Children from China, and serving as its president from 2013 onward. She and her fellow board members devoted thousands of hours to organizing the annual Chinese New Year Celebration, and the fall Culture Camp, both of which served the vital purpose of helping children connect with each other and their Chinese heritage. Jane was also a nationally known presence in online forums related to international adoption. Upon receiving her cancer diagnosis in the spring of 2019, Jane stated in unequivocal terms her determination to live as long as possible, and endured more than 40 surgical procedures, including the amputation of her right leg and pelvis to remove the initial tumor, and two rounds of very strong chemotherapy to control metastases. She returned home in June 2020 after 15 months in hospitals and nursing homes, and achieved a prized goal of returning to work last fall. Her smile beamed from ear to ear when she voted last fall, and she was overjoyed when Joe Biden and Kamala Harris were sworn in on Jan. 20. Jane is survived by her husband Bernie and daughter Caroline of Pittsburgh; parents Arnold “Tex” and Linda Blair of Springfield, Virginia; sister Mary Ellen Blair of Reston, Virginia; brother Arnold “Phil” Blair of New York, New York; brother and sister-in-law Greg and Joyce McShea of Palo Alto, California; nieces Emily, Hannah, and Sally Johnston, and Miranda McShea; and nephews Benjamin McShea and Alex Blair. She was preceded in death by her beloved sister Hillary Blair Johnston. Graveside services and interment were held at Homewood Cemetery. A memorial service will be held at such time when it is safe to gather again. Contributions in Jane’s memory may be made to the Roll on Jane! GoFundMe fundraiser to help defray the family’s considerable medical expenses and support Caroline’s college education; or to the Magee-Womens Research Institute & Foundation or 3240 Craft Place, Suite 100, Pittsburgh, PA 15213; please specify that the gift is in memory of Jane McShea. The family would like to thank the hundreds of health care professionals who provided extraordinarily compassionate care to Jane the past two years, and would like to recognize Dr. Melissa Burgess for overseeing Jane’s chemotherapy, and Dr. Matthew Rosengart, Dr. Stella Lee, and Dr. James Russavage for leading very complex surgeries that enabled her to live the past two years. Arrangements entrusted to Ralph Schugar Chapel, inc., family owned and operated. www.schugar.com PJC