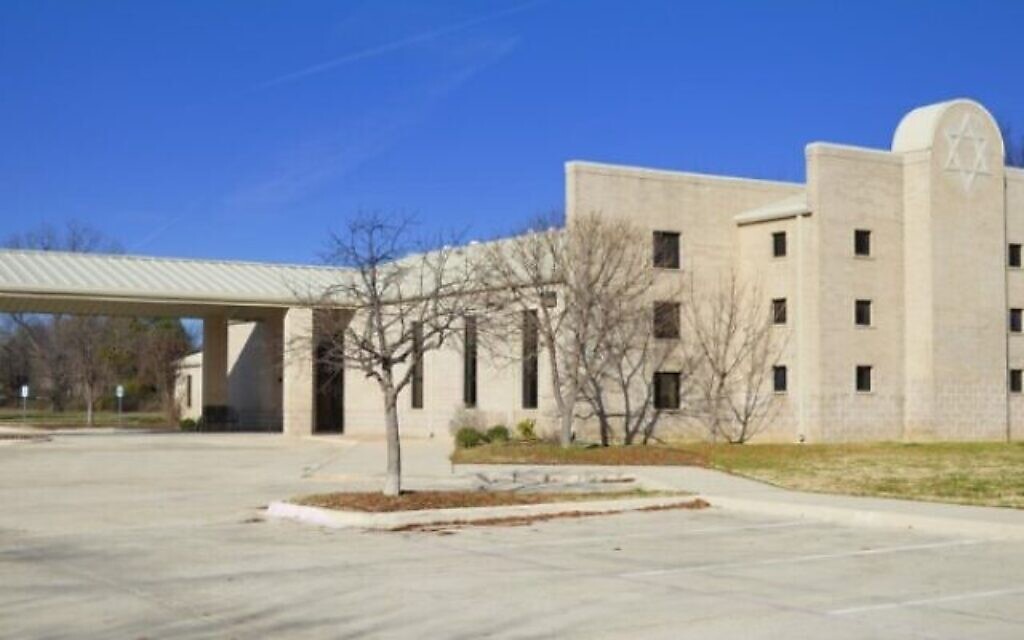 If I have learned anything over the past month, it is that racist tropes are not harmless words. They must be actively and consistently challenged.

You know them and so do I. The racist tropes peddled about Jewish people are plentiful. What you may not know is that antisemitic tropes caused my friends and me to be held hostage at Congregation Beth Israel in Colleyville, Texas.

Our Shabbat morning service on Jan. 15 began normally. I had just sat down after the morning Amidah. Within a few seconds, I heard that unmistakable sound of an automatic pistol chambering a bullet. A man we invited into the synagogue on that cold morning so he could warm up was screaming. He waved his gun at us and threatened to blow us up with a bomb.

Without turning around, I picked up my phone from the chair next to me, dialed 911, and returned it, screen side down, to the chair. I stood up and faced our attacker. I slowly moved so that I was in line with an exit. Many of you saw the headlines and are aware of the terror that unfolded over the next 11 hours. One of us was released after about six hours; the other three, including Rabbi Charlie Cytron-Walker and me, escaped by running out a side door five hours after that.

We were fortunate. This man wasn’t like the attackers in Pittsburgh, Poway or Paris. Instead of a hate-filled white supremacist who wanted to kill as many Jews as possible, our attacker had a specific demand. He wanted to free a person being held in a U.S. federal correction center. And he thought we could get that done.

He demanded we get the “chief rabbi of the United States” on the phone. Both Rabbi Cytron-Walker and I explained that, unlike the U.K. where our attacker was from, there is no head rabbi in the United States — not that a chief rabbi would have that kind of power in the first place.

Our attacker frequently told us not to worry because President Biden and former President Trump would listen to his demands rather than allow even one Jew to get hurt. He had clearly bathed in racist tropes about my community.

People who say “sticks and stones may break my bones, but words will never hurt me” do not know what Jewish people live with on a day-to-day basis. They do not understand what other marginalized communities live with either. Words have caused, and will continue to cause, harm. And those little throw-away tropes that we all endure may be the most damaging because, when repeated often enough, people begin to believe them.

When not addressed directly, racist tropes make all of us bystanders to hatred and participants in another’s suffering. We expect them from the skinheads, and we hope good people will ignore them. We roll our eyes as our friend winces and apologizes for the crazy older relative whom everyone accepts is a racist. We live in a society where we hold onto the premise that racists are the minority. We say nothing because we don’t want to bring attention to ourselves or to the comments. Sometimes we even tell ourselves that “we are stronger than those who hate us.” We very well may be. But that doesn’t mean that the actions of the hateful should be coddled or tolerated.

I say “we” because up until recently, I didn’t speak up either. But racist tropes do not automatically dissipate. They must be challenged consistently and vigorously.

How many of us have been taught that if we ignore the taunt and do not engage the bully the bully will go away? That didn’t work in elementary school; it will not work now. Words matter. Words influence. Repeated racist tropes dehumanize. Unchallenged words signal acceptance.

As I reflect on how to challenge hatred, here are several things I am committing to do:

First, question what I hear, in the moment and on the spot. I will do better about asking, “Did I hear you correctly? What did you just say?” By making the speakers repeat what they say, I believe we can force them to acknowledge their words and confront social norms. It also empowers others to speak out as well.

Second, inform the individual that their comment is unacceptable. I will do better about sharing in the moment something like, “Statements like that are not acceptable here.” I do not believe it is helpful to call the speaker a racist or antisemitic because I do not want people to shut down and not hear what I am saying.

And third, respond to the trope with truth and appeal to the speaker’s sense of right and wrong. I might share, “Both the fascists and the communists used antisemitic tropes as propaganda. They needed a scapegoat to blame for their failings. Don’t follow in their footsteps.”

Will that approach keep the attacker out of the next synagogue or Black church, or from stalking another Asian-American woman? Probably not. But if we don’t challenge racist tropes, we have no hope they’ll ever stop. Far too many people will be threatened and harmed, and I don’t want anyone else to go through what I did. PJC

Jeffrey R. Cohen lives and works near Fort Worth, Texas. He is the vice president of Congregation Beth Israel in Colleyville, Texas, and was one of the four hostages who escaped a gunman on Jan. 15, 2022. This piece first appeared on JTA.