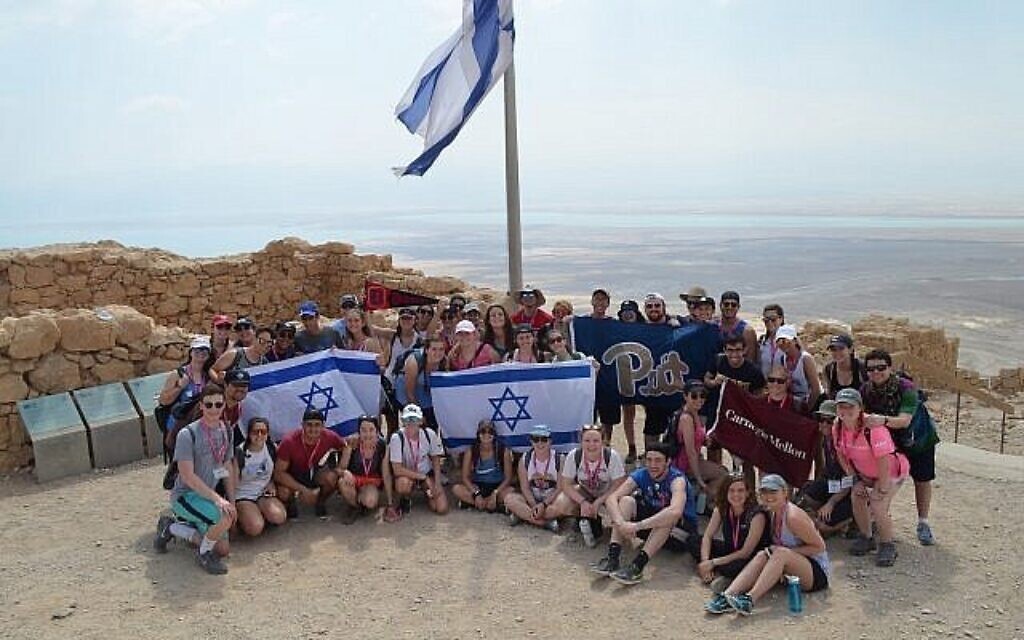 What’s the point of programs that were designed to encourage young people to embrace their Jewish identity? There was little doubt about what was on the minds of those supporting massive increases in funding for Jewish education (both day schools and synagogue schools), Jewish summer camps and trips to Israel following the publication of the National Jewish Population Study in 1990: intermarriage. Everyone studying the situation understood that, as that study concluded (and as future surveys would confirm), if a majority of Jews were marrying outside their faith, the result would have enormous consequences for the future of the American Jewish community.

It was that understanding that motivated what was initially called a drive for “Jewish continuity.” While outreach to interfaith families was also recognized as a necessity, the prospect that among those who were not Orthodox fewer children would be raised as Jews and have a Jewish education meant a decline in a sense of Jewish peoplehood and a desire to raise their own Jewish families in the future. A need to counteract these depressing demographic trends led to the creation of the Taglit-Birthright Israel program — a nonprofit educational program that takes young Jews on trips to Israel — in 1994.

Since then, more than 600,000 Jews have gone on Birthright. The Jewish Futures Project, a program of the Cohen Center for Modern Jewish Studies at Brandeis University, has just published a study analyzing the impact of the trip on those who went in its first decade. The major takeaway from this work is clear: Participants are much more likely to have a Jewish spouse or partner when compared to a similar group of Jews who didn’t take a Birthright trip. Some 55 percent of those who went on Birthright wound up with a Jewish spouse or partner compared to only 39 percent of those who didn’t. The impact on participants being engaged Jewishly or connected to Israel in some manner is similarly clear.

The numbers don’t mean that Birthright is a magic bullet for promoting in-marriage. It’s also possible to argue that people who chose to go on such a trip were already more likely to be involved Jewishly in their subsequent lives, as well as to have a Jewish family. But no matter how you analyze the data, it’s clear that the investment in Birthright is responsible for results that are strengthening Jewish commitment among those who took part.

Even though this is exactly what those who funded and supported this massive effort wanted, some people aren’t very happy about it. As a Times of Israel article delineates, the talk about greater numbers of Jews marrying Jews is upsetting the interfaith outreach movement. And the notion that Birthright is somehow being perceived as a tool to prevent intermarriage also seems to be making the authors of the study nervous. A lot has changed since 1994, and anything that even implies that there is something wrong with Jews marrying non-Jews has become a taboo subject in the organized Jewish world.

While the 1990 study generated a boom in efforts to decrease intermarriage, within two decades — the very period covered by the study of Birthright participants — the organized Jewish world had shifted in the way it thought about the subject. By the time the Pew Research Center published its authoritative “Portrait of Jewish Americans” in 2013, the intermarriage rates had continued to grow with more than 70% of non-Orthodox Jews intermarrying.

The news wasn’t all bad. The children of intermarriage were less likely to get a Jewish education, but a majority still identified as Jews in one way or another. The fastest growing demographic Jewish group was termed “Jews of no religion” — people who didn’t practice Judaism or affiliate or take part in Jewish life in the way that Jews traditionally did but who nonetheless called themselves Jewish. This clear expression of pride in having Jewish origins reflected their widespread acceptance in almost every sector of American society and a marked decline in anti-Semitism since non-Jews were increasingly willing to marry Jews — something that was not true in earlier eras.

But it also meant that synagogues were hemorrhaging members, and philanthropic organizations like Jewish Federations and other groups were raising less money and attracting fewer supporters. Since merely identifying as a Jew didn’t encourage the formation of Jewish families or increased participation in Jewish activities or a sense of Jewish peoplehood — that would, for example, promote, solidarity with the State of Israel — the rise of the Jews of no religion must be considered an ominous demographic trend that will ultimately lead to the implosion of the non-Orthodox population.

But while the impact of intermarriage was even more serious than previous studies had indicated, the community’s willingness to act on the issue or even discuss it had changed markedly. The sheer ubiquity of intermarriage among the non-Orthodox meant that most of those involved had intermarried children and grandchildren and were reluctant to countenance anything that would treat such people as a problem to be solved rather than a resource to be celebrated.

That has, in turn, given birth to a growing emphasis in the organized Jewish world on outreach with little or no overt talk of encouraging endogamy. Outreach programs have clearly done a lot to help intermarried families find a place in the Jewish community. But this emphasis, while not enough to satisfy those who believe welcoming and empowering this group should be the Jewish world’s priority, has also led to an atmosphere in which Jewish groups fear being identified with any effort that is seen as reducing intermarriage.

Hence, the reaction to the Birthright study has not been so much celebration as worry among some of those speaking up that the talk about in-marriage is insulting to the intermarried and promoting a distorted view of Jewish identity.

It’s true that, as outreach proponents argue, there is a lot more to being Jewish than marrying a Jew. But Jewish families are the bedrock upon which identity is forged. Schools, camps and trips to Israel are important. But a home where Judaism is actively practiced (rather than merely being a limited set of rituals that are observed without faith and which are competing against the traditions of other faiths), and where Jewish concerns and values remain at the core of the family’s identity, is far more important. One needn’t think ill of the intermarried or be unwilling to welcome them into the community to understand that such a result is a lot more likely if both spouses/partners are Jewish.

A rational response to the Birthright study is not to downplay the impact on intermarriage but to double down on it. Trips to Israel are just one element that can reinforce Jewish identity, and in a free country where none are obligated to follow their parents’ path and all are Jews by choice, rising rates of intermarriage are a given. But this study should encourage, rather than discourage, the organized Jewish world to ramp up efforts that are specifically designed to increase the possibility that Jewish families are formed.

It’s time for Jewish groups to stop being afraid to speak about endogamy. It’s no insult to the intermarried to recognize that doing so is absolutely vital to the Jewish future. pjc

Jonathan S. Tobin is editor in chief of JNS, where this piece first appeared.