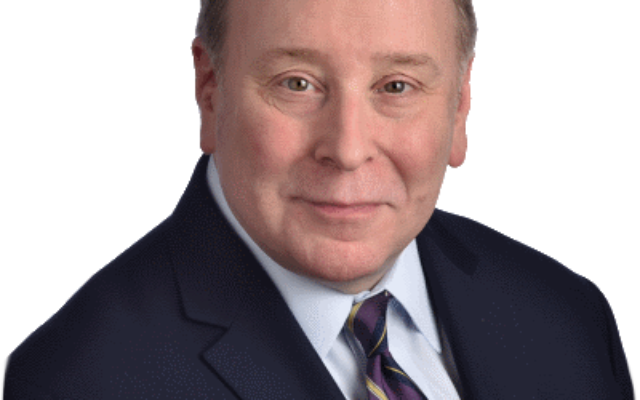 Just how far can Israel go to assert its rights over disputed territory without doing genuine harm to its vital interests? That’s a debate that has divided Israelis since June 1967 when in the course of a defensive war it came into possession of the lands of what the Kingdom of Jordan called the West Bank, and Jewish tradition calls Judea and Samaria.

The arguments about whether Israel should have created Jewish communities in both the West Bank and the parts of Jerusalem that were illegally occupied by Jordan between 1948 and 1967 are now moot. The Jewish state’s enemies don’t recognize the historical, religious and legal arguments that Israel rightly points to as allowing Jews to settle in the heart of its ancient homeland. But the Palestinians have repeatedly rejected such offers, including those that would have given them an independent state provided that they were willing to end their century-long war on Zionism. Had they accepted any one of them over the course of the last 20 years, discussion about the settlements would not even be on the table.

So in the absence of a Palestinian desire to recognize the legitimacy of a Jewish state, no matter where its borders are drawn, Israel has three choices.

It can repeat Ariel Sharon’s 2005 disastrous experiment in Gaza, where he withdrew every soldier, settler and settlement, and pull back as an unsympathetic international community demands to the 1967 lines and let the Palestinians create whatever kind of lethal terrorist state they wanted in the West Bank and reap the bloody consequences of such folly.

The second option is to accept the status quo and wait, as Israel has been doing for the last 50 years, for the Palestinians to come to their senses and negotiate an end to the conflict. That’s the policy that Israeli Prime Minister Benjamin Netanyahu has followed until now as he tried to manage a conflict that cannot be solved, though doing so hasn’t won him applause from his country’s critics.

The third option is for Israel to annex some, most or even all of the settlements by applying Israeli law in the territories as laid out in the Trump administration’s peace plan unveiled earlier this year.

For supporters of the settlements, the need to act now — while the most pro-Israel U.S. administration in history is in office — is imperative. If Israel waits, a possible change in power in D.C. next January will end a historical opportunity to put facts on the ground that, like every other achievement in Zionist history, will endure whether the Jewish state’s foes like it or not.

That’s a prospect that is opposed by those who still hold onto the failed “land for peace” formula, in which the overwhelming majority of Israelis no longer believe because of Palestinian rejectionism and terror.

Earlier this month, however, a significant conservative voice has been added to those urging caution on Israel’s government. In a surprising op-ed published by The New York Times, Daniel Pipes, the president of the Middle East Forum, has laid out what he considers to be six good reasons for Israel to hold off on extending its law to the areas where settlements exist.

Pipes is an eminent scholar and an important pro-Israel voice, so he cannot be accused of seeking to undermine or harm the Jewish state. But though his arguments should be taken seriously, they aren’t persuasive.

The first point Pipes makes is that annexation may infuriate President Donald Trump if it’s not done in the context of his “Peace to Prosperity” plan, which calls for such a step to be taken only as part of a negotiation in which a Palestinian state would be created. But as David Friedman, America’s ambassador to Israel, has stated in a recent interview in Israel Hayom, Trump is on board with Netanyahu’s plans, so there seems no chance of the presidential tantrum Pipes fears.

Second, Pipes says that a move on the settlements will alienate and weaken the diminishing number of friends Israel has in the Democratic Party and Europe. There is some truth to this since both Democrats and Europeans are infuriated by the idea of Israel acting in such a way as to render even a theoretical two-state solution impossible. It’s also true that Israel should do what it can to strengthen those Democrats and Europeans who remain supporters.

But it’s incorrect that implementing this aspect of the Trump plan will make a two-state deal impossible. Moreover, the idea that refraining from annexation will alter the anti-Israel drift on the left is a delusion. The Palestinians can have a state, but Trump’s scheme is right to signal to them that it cannot mean a full Israeli retreat to the suicidal 1967 lines. Those who claim to be Israel’s friends need to also acknowledge this truth.

The third argument is that annexation will end the growing cooperation between Israel and Arab states that look to it as a tacit ally against Iran. Saudi Arabia, Jordan and Egypt may oppose annexation. But they didn’t like Trump’s recognition of Israeli sovereignty over Jerusalem and the Golan Heights either, and it didn’t stop them from pursuing policies towards Israel that benefited them. The Arab world is no longer interested in enabling Palestinian intransigence, and measures that make it clear to the Palestinian Authority and Hamas that the cost of their refusal to negotiate for peace is going up isn’t likely to cause the Arab states to stop dealing with Israel.

Fourth, Pipes claims that annexation will infuriate the Palestinians and destabilize Jordan, the West Bank and Gaza, leading to carnage that will cost Israel dearly. However, the Palestinians have shown little appetite for another self-destructive intifada that would, as in the past, cost them far more than it would Israel. Moreover, the implementation of the Trump plan would, like the U.S. gesture on Jerusalem, not affect Palestinian lives much. And neither the P.A. nor Hamas want to risk losing everything they have to gain nothing in return.

Fifth, Pipes says annexation will alienate the Israeli left, causing it to abandon Zionism and the country. The problem with this argument is that the Israeli left has been largely destroyed as a political force by Palestinian intransigence with few who believe in the idea that there is a viable partner for peace. The overwhelming majority of Israelis have rejected more concessions to the Palestinians until they are ready to make peace. The huge majority in the new Knesset in favor of annexation would have been unimaginable 20 years ago. Most Israelis remember the fatal consequences of Oslo and the Gaza withdrawal, and have drawn appropriate conclusions.

Sixth, Pipes puts forth that extending sovereignty over the settlements will create more Arab citizens of Israel, thereby causing more demographic issues for the Jewish state. But the joint Israeli-American committees drawing up the maps for annexation are minimizing this problem. While one can argue that the borders they draw will be unmanageable, the plan will not create the problem he’s worried about.

The best argument for annexation is that it actually fits in with the clever theory of the conflict that Pipes and the MEF has championed in recent years. Anything that signals to the Palestinians that it’s time for them to give up their fantasies of destroying the Jewish state and acknowledging its “victory” is a good idea. Rather than a “self-indulgence that will bolster the Palestinian cause,” the move on the settlements will make it clear to the Palestinians that time is not on their side. Extending Israeli law into the settlements with the support of the United States tells Palestinians that their dreams of a return to the 1967 lines, like their fantasies about destroying Israel altogether, is never going to happen.

Just as the warnings about Trump’s Jerusalem move burning down the Middle East were false, so, too, are predictions of post-annexation doom. Friends of Israel need to reject Pipes’s advice about joining with ill-intentioned Obama-administration alumni and BDS supporters to try to deter Israel from acting to assert its rights. Instead, they should do as the Trump administration appears to be doing — listening to the Israeli people and their elected representatives, and supporting their decisions.  pjc

Jonathan S. Tobin is the editor-in-chief of JNS — Jewish News Syndicate. He is also a contributing writer for National Review and a columnist for the New York Post, Haaretz and other publications.