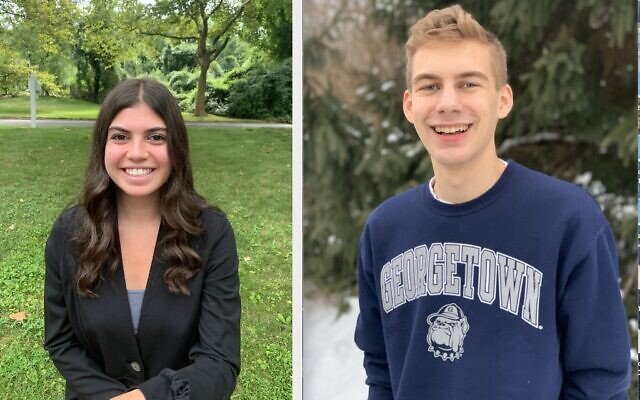 The Pittsburgh Jewish Chronicle was fortunate to host two interns this summer: Sarah Abrams, a sophomore at Carnegie Mellon University, and James Musial, a senior at Georgetown University. Both interns were compensated by the Pittsburgh Media Partnership, a collaborative of news organizations from in and around Pittsburgh, founded in early 2020 with the goal of supporting and maintaining a vibrant local media landscape. The Chronicle was one of PMP’s founding members.

Abrams, who is from Long Island, New York, served this summer as a staff writer for the Chronicle, conducting interviews and writing many articles and news briefs, including a profile of former astronaut Jay Apt that garnered national attention. At CMU, she is working on a double major of professional writing and economics and politics. She is editor-in-chief of the Tepper Policy Review Economics Journal, and a Pillbox editor for The Tartan, CMU’s student newspaper.

Both Abrams and Musial were outstanding additions to the Chronicle’s editorial team and made significant contributions. PJC