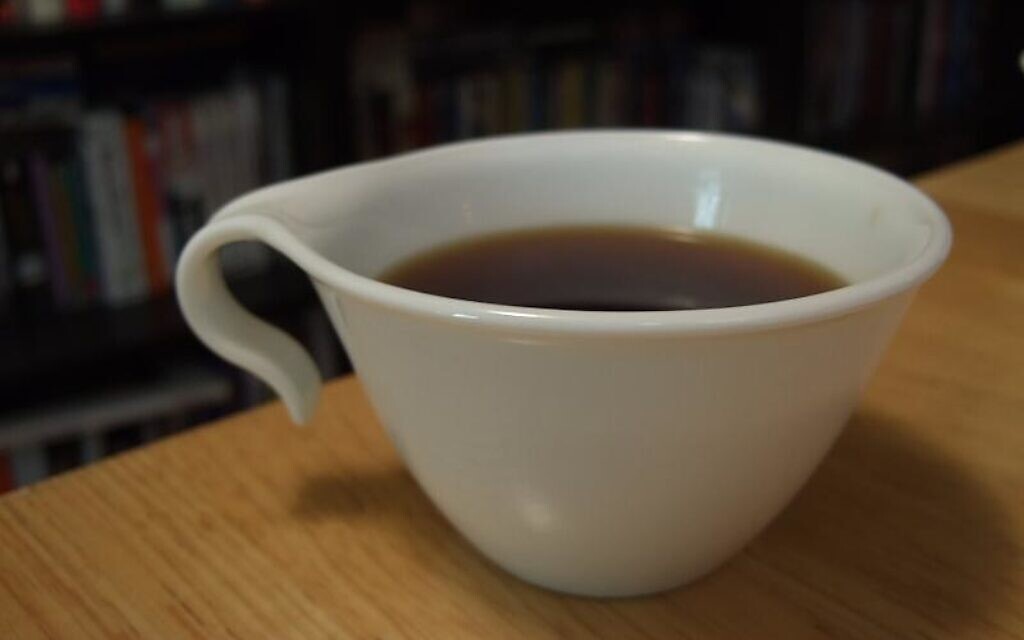 Rabbi Joshua Ladon offered a homeless individual into his synagogue the week for tea before the attack at Congregation Beth Israel. Photo by micropig, courtesy of flickr.com.

When I turned on my phone after Shabbat on Jan. 15, and read about the unfolding hostage crisis at Congregation Beth Israel in Texas, I was immediately transported to my encounter the previous evening with the unhoused man who appeared, in the middle of Friday night services, at the synagogue my family and I attend.

With holes in his shoes, wearing a vest and no shirt, he paused at the entrance (open to ensure proper airflow) and asked to use the restroom. I quickly showed him to the restroom, where he peeked in, turned around and said something incoherent as he walked back out of the building. Before he left, our synagogue’s maharat (female Orthodox clergy) handed him some food from our kitchen and a coat from the lost-and-found.

I was struck by how similar this experience was to Rabbi Charlie Cytron-Walker’s first encounter with the man who would ultimately hold him and three others hostage at their synagogue. Cytron-Walker welcomed the man into his synagogue and gave him a cup of tea because he looked like he needed shelter.

How might I react the next time we are visited by someone in need?

The fear many American Jews have today in the face of rising antisemitism brings to the fore a deep existential challenge: How do we maintain our safety without closing the door to one of our most sacred obligations, welcoming the stranger?

The Talmud, in its subversive way, takes up this very issue. In a passage (Bava Batra 7b) that presages homeowner association battles for millennia to come, we are told, in the Mishna, that people whose homes share a courtyard can force a fellow homeowner to contribute to building a guardhouse and doors. The implication is that the condo association can force people to pay into the collective purchase of a gate even if they do not want to contribute.

But, the later Talmudic gloss asks skeptically, “Wasn’t there a pious man who used to speak with Elijah the prophet, who built a guardhouse, after which Elijah stopped conversing with him?” Elijah, the harbinger of the Messianic Age, who often appears in the tradition as impoverished, stopped interacting with the otherwise righteous man, the Talmud explains, because the guard who “mans the guardhouse prevents the poor from entering and asking for charity.”

The Talmud is uncomfortable with the implications of fortifying one’s home when there are others living on the streets. The juxtaposition of the two voices is instructive: Our safety and wellbeing come at a cost. We have the right to build safe barriers, but we need to ensure they do not deafen our ears or blind our eyes to those who are most in need.

In the American Jewish community, we tend to imagine giving anonymously as the ultimate act of giving, probably because of the ubiquity of 12th-century rabbi and philosopher Maimonides’ ladder of tzedakah. But anonymity can create great distance. There is something about coming face to face with difference that reminds us of our shared humanity. As we learn in another Talmudic story, Mar Ukva, intent on not shaming someone to whom he gave charity, runs with his wife away from the man and hides in a furnace. Though the fire is extinguished, Mar Ukva’s feet burn — although his wife’s do not. When asked why, she responds, “I am usually at home and my giving is direct.” Unlike her husband, she is rewarded for regularly coming face to face with those in need.

When we are gripped with fear, we do not feel free. Fear blinds us. We are overcome by it. It becomes the prism through which we interpret all of our encounters so that we may designate certain places safe or certain people dangerous. Our challenge as American Jews at this moment is to recognize these two competing needs and make sure we are neither callous nor naive.

On Friday night, I returned to my spot near the door where my youngest was sitting on the floor playing with blocks. I noticed the man had found a place on the stoop and, thinking of Elijah, I went outside to see if he needed anything else. He explained that he didn’t want to use the bathroom since it was not private and asked me for some hand sanitizer. I brought him a bottle from which he took two large handfuls and anointed his face and bald head. He wanted a private bathroom for a moment of dignity.

Rabbi Joshua Ladon is the director of education for the Shalom Hartman Institute of North America. This piece first appeared on JTA.