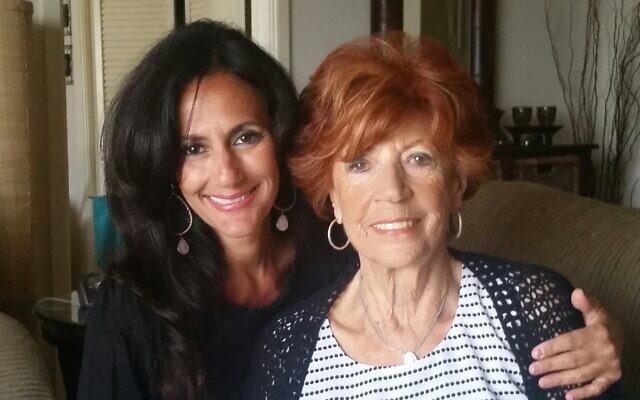 Steffi Berg is a survivor.

When you ask the Ft. Lauderdale nonagenarian, who raised her family in Pittsburgh, how it felt to beat COVID-19 this month at age 92 after two months in a coma, you’d best expect a matter-of-fact answer.

“I’m a fighter, I think so. Otherwise, I wouldn’t have made it,” Steffi said. “Thank God I got over it. But you can’t dwell on the past. I’m getting better.”

The Berg family’s story, though, is not just another COVID-19 chapter with an interesting ending.

Steffi, a fiery redhead with a spunky personality to match, has spent her life facing adversity head-on and coming out standing. A Holocaust survivor, she fled her native Breslau, Germany (now Wroclaw, Poland) during World War II for the Jewish ghettos of Shanghai, where for 12 years she battled typhoid fever, dysentery and outbreaks of boils.

While in Shanghai, she met her future husband, Willie Berg. After the war, the two moved to Israel, got married and had their first child. The young family emigrated to the U.S. in 1954.

The Bergs had three children in all, as well as several grandchildren and great-grandchildren. Former snowbirds, they moved to Florida year-round a few years ago and had a place overlooking the Atlantic Ocean.

Their love story, however, ended tragically this year on March 23 when Willie Berg, Steffi’s husband of nearly 70 years, succumbed to double pneumonia the family suspects was an untested case of COVID-19. The couple had plots picked in a Jewish cemetery in Pittsburgh but, due to COVID-19, they chose to bury Willie in Florida, where two of his three daughters live.

The family could not stand side by side at the burial and they had no time to sit shiva. Within a week of Willie’s death, Steffi was hospitalized with COVID-19.

“I didn’t really have too much time to grieve – I got sick four days after he passed,” Steffi said. “He was sick, too, in and out of the hospital. So, when I sit here and don’t see him, I think, ‘Oh, he’s in the hospital.’ But then I think about it more and realize he’s not coming back.”

Pittsburgher Cindy Berg-Vayonis, the youngest of Steffi and Willie’s three daughters, sounded to hospital staff, at first, like she was in denial.

Steffi got great care at Holy Cross Hospital in Ft. Lauderdale, and the doctors and nursing staff there were incredibly understanding and sympathetic to their situation, family members said. After Steffi fell into a coma, Cindy would speak and sing to her via a laptop in Steffi’s room. Once Judy Wolfson, Steffi and Willie’s middle daughter, contracted COVID-19, too, the staff let her visit her mother in the COVID-19 unit.

Judy recovered without too much fanfare – which led Florida doctors to pose the question: would she consider donating plasma to save some COVID-19 patients stuck on ventilators?

One Sunday night, Steffi received her daughter’s plasma. By Thursday morning, she was out of the coma.

“Those nine weeks were awful,” said Ilana Braun, the eldest Berg daughter, who was born when her parents still lived in Israel. “You’d go to sleep and everything was better but when you woke up, you were back in it. She made it, though. It is a miracle.”

Miracles, though, have not been the only way the Berg family has survived and thrived. Hard work and tenacity have played a big role as well.

As a young man, Willie, who became the family breadwinner, fled war-torn Germany to seek refuge in Shanghai, like his future wife. In China, he reportedly took up competitive boxing. 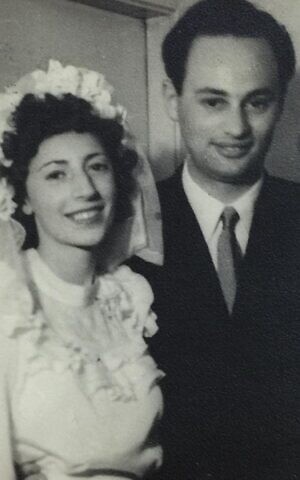 “Half the things I’ve heard, I couldn’t believe,” Cindy said.

While living in Israel, Willie served in the army. After arriving in the U.S. in 1954 with a wife and young daughter, he and his family moved to Pittsburgh, where distant relatives lived. They settled in Highland Park and, later, Squirrel Hill.

In Pittsburgh, Willie got work cleaning toilets, pursued – and received – an electrical engineering degree in the evening at Carnegie Tech, and eventually became an executive with the companies Owens-Illinois and Contraves Goerz Corporation. He also founded his own vending business.

“His life philosophy and goals were honest and simple – work hard and love your family,” his obituary in the Chronicle read earlier this year.

“It was basically a rags to riches story,” Ilana said.

Steffi came of age in a time when strong women often took important roles in the household but not in the workplace, her daughters said.

“My mom was always at home – she took care of things,” Cindy said. “She’s so smart, an amazing cook, and [gives] the best advice. She was sharp with stocks, too – she learned all of that on her own.”
The three daughters say their emotions about the last few months, to put it mildly, are a little complicated.

“After my father died, my mother had COVID-19 and was in a coma,” Cindy said. “I couldn’t cry … and now I’m so happy I have a mother. The happiness is almost trumping the sadness of [losing] my father. I don’t know how to explain it.”

“We weren’t even able to sit shiva,” Ilana added. “It seems like another time. Nothing seems real. It doesn’t even feel like it happened.”

Steffi, as always, remains matter-of-fact about the whirlwind set of circumstances that turned the Berg family upside down in 2020.