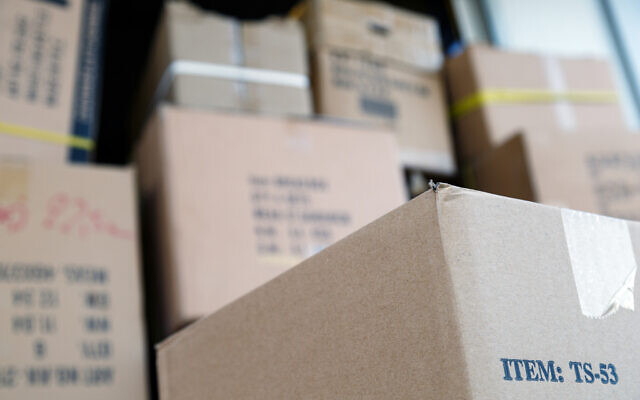 Set of cargo boxes ready for delivery. Photo by megaflopp via iStock

The Holocaust Center of Pittsburgh is headed to Squirrel Hill. After six years at 826 Hazelwood Avenue in Greenfield, the 41-year-old organization will be partnering with Chatham University on an exhibit there, and putting other artifacts and materials in storage for the time being.

For Holocaust Center director Lauren Bairnsfather, exiting Greenfield is “not without some sadness.”

“We have had a good productive six years here,” said Bairnsfarther. “But from the day we opened here six years ago, we had outgrown it.”

In-person events, even pre-COVID, were problematic in the Greenfield building given its limited size, and once the pandemic hit and staff began working from home, there was less of a need for office space, she said.

With the lease in Greenfield coming to an end, “it made sense” to move, said Bairnsfather.

Barb Feige, executive director of Tree of Life Congregation, said she welcomed the Holocaust Center back to Squirrel Hill, adding that the organization is “an integral partner in the future of Tree of Life.”

“They are also integrated into our planning process,” she said, referring to the renovation and reimagining of the Tree of Life building.

“There’s been a feeling that since we left the JCC that we should be in Squirrel Hill,” she said. 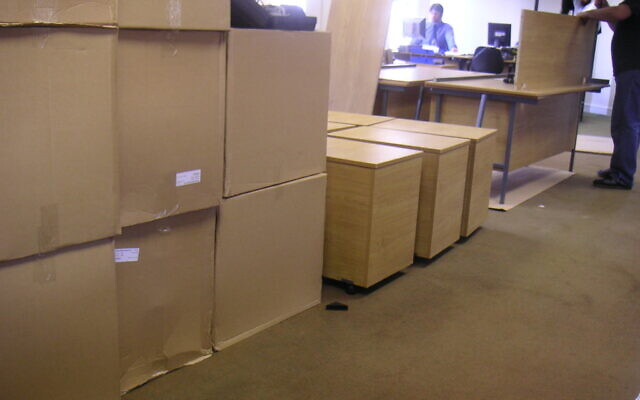 In preparation for the move, Holocaust Center staff have been packing its artifacts and materials for months. While most boxes are headed for storage, others are being sent to Chatham.

The Holocaust Center’s Chatham exhibit will be located at the Jennie King Mellon Library on campus, and will feature materials that are a response to the Oct. 27, 2018, massacre at the Tree of Life building.

Chatham University President David Finegold said the school is eager to host the Holocaust Center, and welcomes its involvement in future campus activities, including undergraduate instruction.

“Chatham is excited to house the talented staff of the Holocaust Center of Pittsburgh this fall to teach in our new Jewish Studies and Holocaust and Genocide Studies minors,” said Finegold.

“This partnership will provide a way for us to connect with young people who are committed to combatting identity-based violence and discrimination while also working for positive social change.”

In an Aug. 20 email to Holocaust Center supporters, Bairnsfather said the upcoming move to Squirrel Hill “will allow us to establish an academic presence on Chatham’s campus as we participate in efforts to rebuild Tree of Life.”

Both Feige and Bairnsfarther declined to share further details on the two organizations’ relationship moving forward; however, Feige noted a shared purpose between them.

“There is something unfortunately synergistic about Holocaust education and Oct. 27,” Feige said. “The underlying antisemitism in the Holocaust hasn’t gone away and that’s what the Tree of Life shooting shows.”

It will be both a “joint effort and tremendous opportunity” to work together on educational projects and community outreach in the days ahead, Feige added.

The relationship between Tree of Life and the Holocaust Center is “unprecedented,” agreed Rabbi Jeffrey Myers, of Tree of Life.

Myers said that as there is no apparent model of what a relationship may look like between these types of entities, both the Holocaust Center and Tree of Life will need to proceed “carefully” and with patience.

“Just like Oct. 27, our greater Jewish community had to write a playbook about how you respond to a massacre in a synagogue,” he said. “It’s the same thing here. There is no playbook.”

“We are just in the early stages of talking and imagining, out of the box, what this can be.” PJC