Photo by studiodr via iStock

Members of Pittsburgh Hadassah chapters recently were informed that they will now be part of Hadassah Greater Detroit Region.

In letters dated March 2022, 1,500 Pittsburghers were told “Your chapter has not met or had a board in recent years. For this reason, we are disbanding it, and would like to give you the opportunity to transfer into a more active chapter.”

Judy Cocke, of Hadassah Greater Detroit, said that 1,500 letters were sent to active members within greater Pittsburgh. The intent, she said, is to consolidate many “smaller different chapters” into the larger Detroit region.

Janice Greenwald, an active member of Hadassah for nearly 50 years, said she understood the organization’s rationale but is saddened by its decision to further withdraw from western Pennsylvania — as early as two years ago Pittsburghers were informed that their chapters were becoming part of the greater Detroit region.

“I know it was for financial reasons, but in the end, I don’t know if it was the best for Pittsburgh,” Greenwald said. “The work we do in Israel is incredible. Miracles come out of Hadassah…I believe in the product, but it’s sad that we don’t have the presence in Pittsburgh.”

Greenwald is a former chapter president, regional president and national vice president of Hadassah. She serves on the organization’s honorary council. The latter, she explained, allows her to continue helping various Hadassah regions and their chapters conduct programs.

Within Pittsburgh, however, Hadassah’s activities are few.

Part of the reason, Greenwald said, is because of national restructuring; another possibility is due to diminished desire among western Pennsylvanians.

“When you live in Pittsburgh and you’re part of Detroit, you don’t have that same type of connection,” she said.

Pittsburgher Judy Palkovitz agreed. “Most of us aren’t interested in Detroit,” she said.

Like Greenwald, Palkovitz participated in Hadassah both locally and on a national level. These days, she serves on Hadassah’s National Portfolio Council and as chair of planned giving and estates. 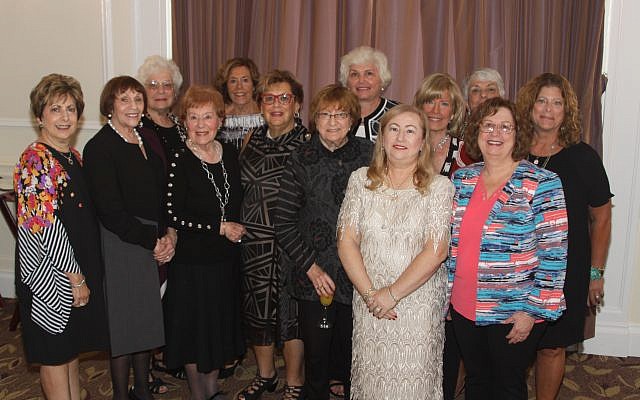 According to Hadassah’s 2020 tax filings, the organization received nearly $15 million from contributions and grants, and another $8 million from investment income. Those funds support health care, education, youth institutions and land development in Israel, as well as enhancing American and Jewish life in the United States — specifically through the support of education and Zionist youth programs, and promotion of health awareness.

Pittsburgher Nancy Shuman said Hadassah does important work globally, but changing sentiment toward Israel may be one reason Pittsburghers’ support of the organization has diminished.

“I don’t think people are still as excited about Israel as they once were,” Shuman said. “Maybe I’m wrong.”

Weeks ago, AJC published the results of a survey it conducted on 1,800 American and Israeli millennial Jews, which indicated “that millennial U.S. Jews may be willing to suppress their Zionism, or even their Jewishness, to remain in good social standing, and we must be cognizant of the long-term toll this will take on this key demographic.”

But Pew Research Center was unable to say whether the levels of emotional attachment to Israel had changed “appreciably” for U.S. Jews in the years between the two studies it conducted on American Jews in 2013 and 2020.

Rochelle Parker, a nearly 40-year member and past president of Hadassah Greater Pittsburgh, said that traveling to Israel with the organization gave her greater insight into Hadassah as well as the Jewish state.

“That was a catalyst for me to say, ‘Yes, I want to be involved in this organization,’” she said.

Greenwald said she wished Pittsburghers knew more both about Israel and Hadassah’s efforts.

Whether it’s supplies being sent to Ukraine, free medical care provided regardless of religion or background, or welcoming and training non-Jews within the hospital, there are plenty of things Israel and Hadassah do without receiving ample credit, she said. 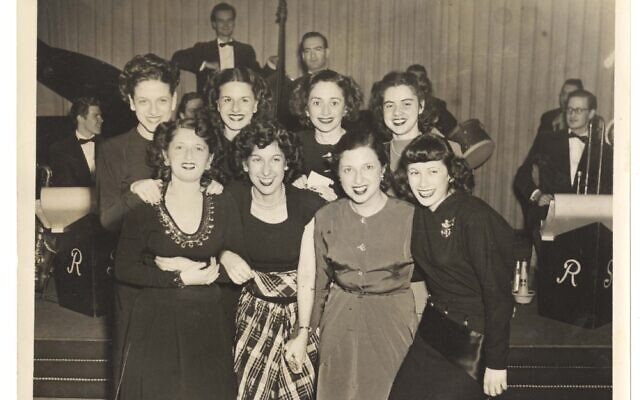 Shuman, a past president of Hadassah’s Greater Pittsburgh region and a member of the national organization’s honorary council, said that over more than 25 years — as well as through trips to New York City, Israel and Jordan — she gained greater insight into Hadassah’s work.

Greenwald said she valued her decades of involvement in the organization, adding, “I’ve been all over the world with Hadassah and it’s changed my life.”

In addition to traveling to Bosnia and France, Greenwald said she served as a representative to the United Nations and spoke about Hadassah’s commitment to improving women’s conditions worldwide.

“My life would not have been the same without Hadassah,” she said. “I’m very proud to be a life member and a donor.”

In response to the May 11 Senate vote that failed to advance the Women’s Health Protection Act of 2022, Hadassah President Rhoda Smolow and CEO Naomi Adler stated, “Women’s agency over their own bodies and their ability to make health decisions based on medical guidance and personal values should be sacrosanct. It should not be a political issue. Hadassah will continue to advocate for women’s access to reproductive care nationwide. We call on leaders from both sides of the aisle to do the same by continuing to work toward national legislation that protects women’s health and freedom.”

Greenwald pointed to the organization’s work in Washington, D.C., and the number of younger activist members, as a bittersweet indicator of Hadassah’s future.

“Hadassah is still a great organization,” she said. “It's just very sad that we don’t have a presence in Pittsburgh.” PJC