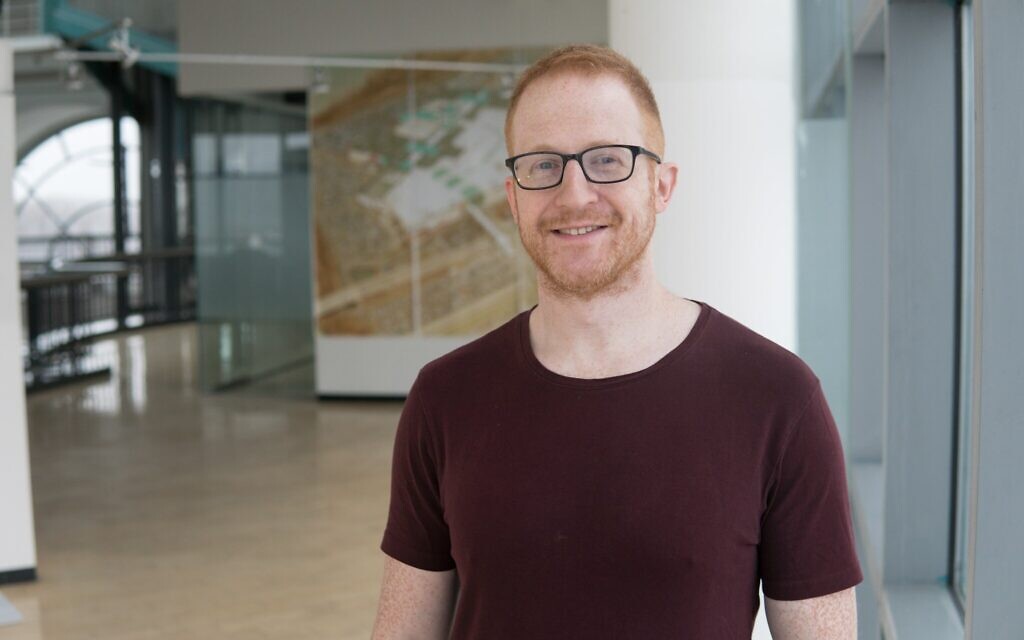 Steve Hofstetter still occasionally gets online death threats from antisemites, fallout from an incident in 2019 when he took on a heckler during his stand-up routine at a club in Vancouver. But those threats haven’t silenced the Jewish comedian, who moved to Pittsburgh in February. Far from it.

Hofstetter — who recently launched the Steel City Arts Foundation (or, “Steel City AF”) and is in the midst of transforming a Stanton Heights church into a “live/work/play environment for comedians” — was riffing then on the rioters in Charlottesville who were chanting “Jews will not replace us.”

When Hofstetter joked, “What the f*** job do you have that you’re worried that Jews are comin’ for ya? We don’t want to work at Hobby Lobby,” an audience member interrupted him, shouting “TV.” To which Hofstetter replied: “TV? Oh, are you saying that Jews control Hollywood? Because you can leave.”

The heckler eventually responded, “Jewish people control TV and they do a great job of doing it,” to which Hofstetter replied, “That’s still prejudice, man.”

When the comedian posted a YouTube video of the exchange, he was flooded with online attacks, including hundreds of death threats and thousands of antisemitic comments about “the Jew.” He ended up calling the FBI.

The experience was “terrifying,” he told the Chronicle last week, speaking from Denver on his way to a gig.

“There was this moment when I was on the road with two other comedians who are very close friends of mine, and I didn’t know what to do,” he recalled. “I was genuinely scared…And, you know, they basically said, ‘If this happened to someone else, what would you tell them to do?’ And I was like, ‘I would tell them to get louder.’ And then I realized that’s what I had to do. I had to take my own advice and deal with whatever fallout came. The whole idea is, the reason these people write these horrible things is because they’re trying to silence us, right? And so why give them what they want?”

Hofstetter, 41, grew up in a Conservative home in Queens, New York, and took classes for a couple years at the Jewish Theological Seminary while a student at Columbia University. His father, Martin, was very active at his synagogue — and also very supportive of his son’s unconventional career. When Hofstetter performed at a fundraiser at his family’s shul, Martin “got basically two weeks-worth of naches from it,” the comedian said. “People ask me often ‘What’s the highlight of your career?’ And that’s beautiful to be able to have done that, given that to my dad.”

“Pittsburgh has a fine comedy scene, but there’s so much room for growth,” Hofstetter said. “That’s not an insult to the scene at all. It’s just I’ve seen all the other scenes. I’ve owned four comedy clubs in different cities. I have toured every major city in America. I’ve seen what the potential can be. …And I just want the Pittsburgh comedy scene to reach what it can be and not settle for what it is.” 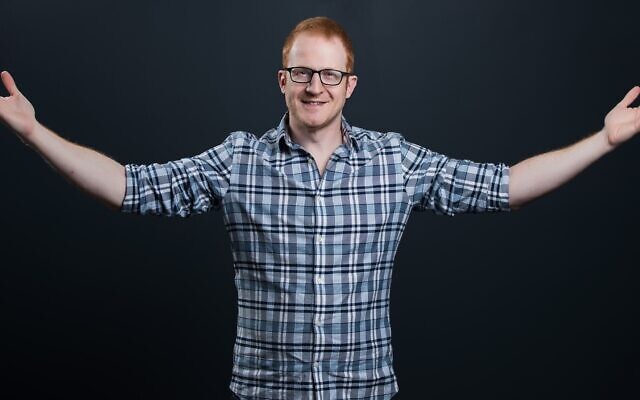 To that end, Hofstetter purchased the Stanton Heights United Methodist Church, which will serve as a performance and event space to showcase local talent as well as nationally known acts. The property includes a detached three-bedroom home that will house touring comedians for free.

Renovations are underway and are expected to be completed within a few weeks, but it could take another six months to get zoning clearances, Hofstetter said. He hopes to be open by New Year’s Eve.

In the meantime, Steel City AF is partnering with the Thunderbird Café in Lawrenceville to host a four-show, Thursday night series called “Steve Hofstetter and Friends.”

“I’m using my connections to bring in some pretty heavy hitters from outside of Pittsburgh to headline, and then have it be a showcase for locals,” Hofstetter said.

Each show will feature seven comedians doing short sets, he said, “so there will be someone you like on the show, no matter what your taste is.”

The series will run July 22 through Aug. 12, and will feature veteran comics Mary Santora, Bill Squire, Brett Druck and Abby Roberge. If the four-week series takes off, Hofstetter hopes to extend it “for the foreseeable future,” he said. More information is available at steelcityaf.com and thunderbirdmusichall.com. 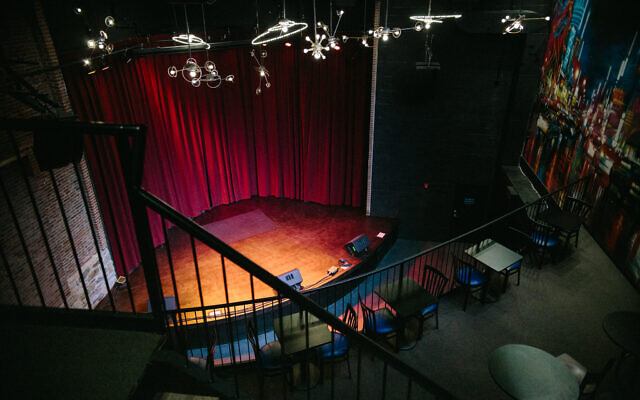 The New York-expat, who lived in L.A. for about a decade, is smitten with his new hometown — and with his Stanton Heights neighborhood.

“I’ve been living in Pittsburgh since February and I absolutely love it,” he said. “It’s all the amenities I would want in a big city — I could get anything I need — but it’s a small town feel. Things are geographically close to each other; you don’t have to be in the car that long. Its people are super nice. It’s the first time in my life I’m making friends with my neighbors. That’s a thing I never did before. I’m learning how to be a Pittsburgher.”

In addition to focusing his energy on the church renovation and the launch of the comedy series at the Thunderbird, Hofstetter is maintaining a rigorous touring schedule. Between mid-July and the beginning of August, he will be playing clubs in Idaho, Oregon, Washington, Colorado and North Carolina. On Aug. 13, he is scheduled to perform at The Oaks Theater in Oakmont.

His Jewish identity, while not the centerpiece of his current act, remains part of it.

“I talk about how my family is diverse, how my sister’s adopted, my sister’s Black,” he said. “And, you know, when I talk about that dynamic, I tell a funny story that happened one Passover. And I tell a story about how somebody in synagogue didn’t believe that she was Jewish. The whole point is that there’s prejudice everywhere. And so I definitely use my stage to try to combat it as much as possible. But my premise of it is, I just want to talk about [being Jewish] like it’s a normal thing — to talk about it the same way that a comic might talk about how they grew up in Nebraska. It’s just a thing that they did that not everybody relates to, but it’s just part of who they are.” PJC