Judge gavel, scales of justice and law books in court. Photo by BrianAJackson via iStock

Two Jewish lawyers are among those seeking judgeships for Allegheny County’s Court of Common Pleas.

George Heym, a member of Shaare Torah Congregation, said his campaign is driven by a personal connection to the bench: Nearly 40 years ago, Heym appeared before it as an orphan.

As the subject of a highly publicized custody battle, Heym was thrust into the judicial process at age 11. Ultimately, Judge Paul Zavarella settled Heym’s guardianship matters and the young boy’s course was set.

“Based on the law at the time, Judge Zavarella, who is no longer with us, should have reached a particular conclusion based on the state of law, but he did not do that,” Heym said.

“He thought outside the box. He basically authored an opinion, which bears my name — In re Heym — and changed the way the law was interpreted, and at the same time, had a huge positive impact on my life. If it wasn't for him, I don't know where I'd be. I don't know if I would be an attorney, or running for judge — most likely not.” 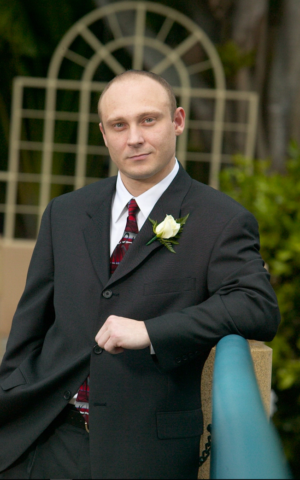 “During my 20-plus years in the court system, I've literally spent almost every day in a courtroom,” Heym said. “I've done around 100 jury trials, and hundreds and hundreds of non-jury trials, so I really feel that I have the experience necessary to do the things that need to be done in the Allegheny County Common Pleas Court.”

Heym, a Squirrel Hill resident and married father of three, said voters should consider not only the reasons why someone is running for judge, and that person’s experience, but also how that candidate will impact others’ lives.

“I want a system that's fair for all people — and let's be honest, our system was designed in a manner that does not provide equal access to all people,” he said. “We have systemic racism. We overincarcerate people. And those are things that judges can have a huge impact on. It's important that people know that you're not just voting for some guy that is going to have no effect on your life. Judges have a huge effect on every community, including the Jewish community.”

Heym, 52, has participated in the Jewish Federation of Greater Pittsburgh’s Mitzvah Day and is an active supporter of Community Day School. He and his wife regularly cook and deliver meals to people with newborns or have experienced hardship or loss through Bikur Cholim of Pittsburgh.

Heym also is a National Trial Lawyers Top 100 trial attorney, one of American Institute’s top 10 DUI/DWI attorneys in Pennsylvania and is highly recommended by the Allegheny County Bar Association.

Zeke Rediker, a Kesher Pittsburgh member, said his candidacy was fueled by earlier experiences as a judicial law clerk.

After attending Cornell University, University of Oxford and the University of Michigan Law School, Rediker joined Reed Smith before taking a two-year leave to serve as a federal law clerk at the U.S. District Court for the Eastern District of New York in Brooklyn and at the U.S. Court of Appeals for the Sixth Circuit in Detroit.

Following his clerkships, Rediker returned to Reed Smith, where as a senior associate in the firm’s global commercial disputes group, and as a member of its Pittsburgh’s office, he represents clients in the financial services, health care, life sciences and technology industries. Rediker also provides pro bono services largely related to criminal justice and fair housing. 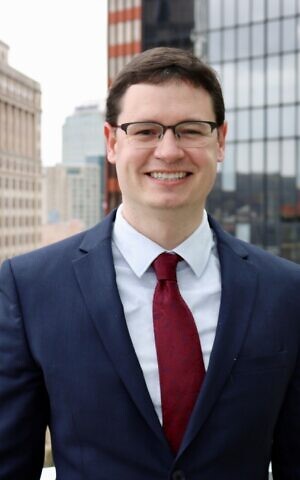 Working closely with clients, often in pro bono settings, is a reminder of the judiciary’s critical role, explained Rediker.

As connected as Rediker feels to Squirrel Hill, he also remains passionate about the East Hills. East Hills Elementary provided an introduction to Pittsburgh’s diverse communities and taught Rediker that, as an adult, it was essential give back, he said.

To that end, he has worked with state Rep. Ed Gainey (District 24) and Adidas on the “East Hills Back to School Drive.” The collaboration, established about five years ago, provides backpacks and school supplies to underserved families in the East Hills. Rediker has also helped residents receive winter clothing through a partnership between the NCJW and East Hills community leaders, he said.

Rediker, 33, is a married father of one.

“Most mornings I wake up and I say, ‘I've got a new baby, and I'm running my first political campaign — I'm absolutely living my dream right now,’” said the Squirrel Hill resident. “It is just such a privilege to get to know so many interesting people from all different walks of life,” added Rediker. “To get to know their families, to get to know the issues they care about, to get to know how they think that the court system can be improved in Allegheny County — that I think has been the best part of the campaign for me.”