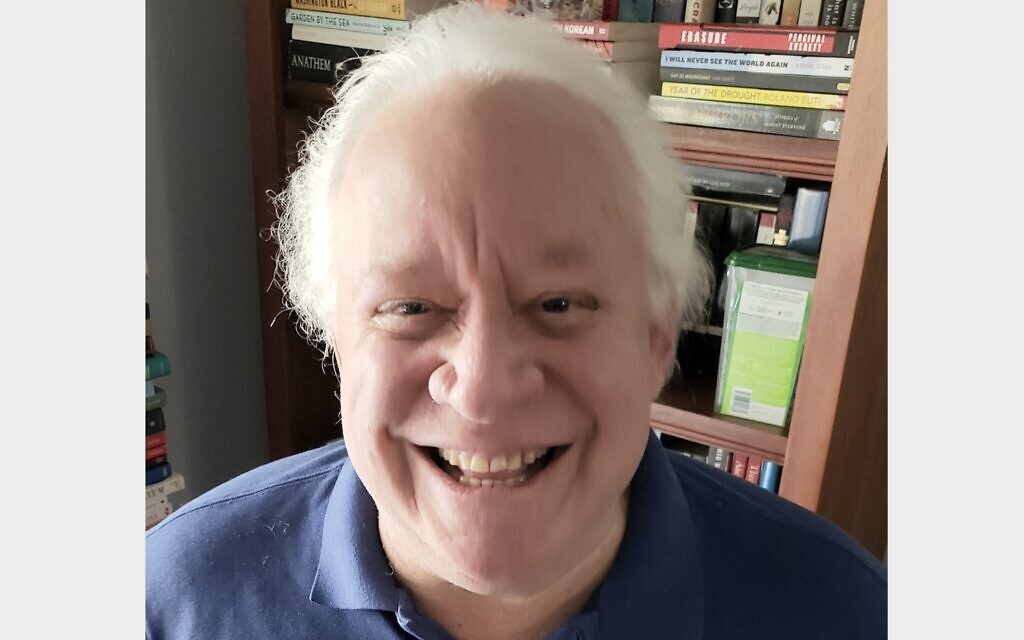 Growing up, Irv Slifkin seldom watched a movie with his family uninterrupted.

His mother would kvell whenever she saw a Jewish star on the silver screen, giving her son a nudge and pointing out the actor.

“I walked out of the theater loving the movie but really hurting from my ribs being elbowed by her,” Slifkin said.

Irv Slifkin Slifkin’s mother passed down the generational pride in Jewish presence in arts and culture to her son and, a few decades later, Slifkin is doing the same for hundreds of other Jews across the country.

Through FilmShul, the 50-something-year-old duo provides 13 Zoom-friendly courses to synagogues, JCCs, libraries and other Jewish organizations. The courses span topics from Jewish beginnings in the film industry to the Coen brothers to the Hollywood blacklist of the 1950s and ’60s. 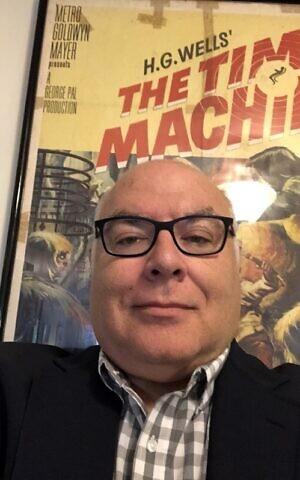 Irv Slifkin (Photo courtesy of Irv Slifkin)
Slifkin and Lerman have about 60 years of combined experience in the industry, making them more than just avid fans of Jewish American cinema.
Lerman “always had a film bug,” but jump-started his career in the industry during his time at Muhlenberg College in Allentown. He would go to the various rep houses — repertory cinema theaters to watch older films — and read any supplemental materials he could get his hands on.

After studying philosophy and communications in school, he worked in distribution for Kino International, a large, European-based independent film distributor, at the dawn of the “Miramax era,” when VHS tapes were flying off store shelves.

He honed his skills as a writer working for Variety magazine for 15 years before starting an independent review site and writing press notes for independent production companies for the past decade.

“I threw it all at being a follower, a student of cinema,” Lerman said.

While Lerman poured over films at Muhlenberg, Slifkin did the same at Temple University, where he studied film and philosophy, writing for the school paper. He’s now an instructor in the university’s journalism department, teaching on how to review film; he wrote the books “Filmadelphia: A Celebration of a City’s Movies” and “VideoHound’s Groovy Movies: Far-Out Films of the Psychedelic Era.”

Slifkin crossed paths with Lerman at Movies Unlimited, a Philadelphia movie rental store, in the 1990s. Lerman was working distribution for a performing arts company, and Movies Unlimited, where Slifkin worked, was one of its biggest clients. The two conducted business over the phone, realizing their mutual love of film and becoming friends.

In the years before the pandemic, Slifkin took up speaking gigs at Golden Slipper Gems and Cherry Hill’s Katz JCC, giving lectures of film. When the pandemic hit, Slifkin gave Zoom presentations and, by late 2020, Lerman had joined his friend. The two began designing a slate of 60- to 90-minute lectures.

The online format of the class provided FilmShul many unlikely opportunities, including giving lectures to audiences on the West Coast and Canada. In early June, Lerman and Slifkin did a presentation to a consortium of 10 synagogues and a couple hundred people all over the country.

The rise of Jewish giants in the film industry tugs at the heartstrings of many Jewish Americans, particularly Ashkenazi Jews, making film history an engaging topic to FilmShul’s audiences, Lerman said.

The film industry of the early 20th century was composed primarily of Jewish immigrants fleeing their home countries.

“They weren’t looking for a better way of life,” Lerman said. “They were looking to have a life.”

Many fled pogroms in Eastern and Central Europe to America during the emergence of early film technology. Immigrants worked at nickelodeons, theaters where film viewings cost a nickel, and eventually began producing their own films.

In the 1950s, many Jews in the industry were victims of Hollywood blacklisting and were refused employment, accused of being affiliated or sympathizing with the Communist party. Nevertheless, Jewish filmmakers such as Mel Brooks and Stanley Kubrick survived and advanced during the era.
Though educational, film media is an homage to Jewish roots and values; it’s both nostalgic and motivational.

“I look at it as a combination of ambition and chutzpah and pride, wanting to take care of their families and wanting to assimilate to this new world where this technology was happening,” Lerman said. “We were the ones that were doing this. It was a purely American wave of new media.” PJC

Sasha Rogelberg writes for the Jewish Exponent, and affiliated publication where this first appeared.