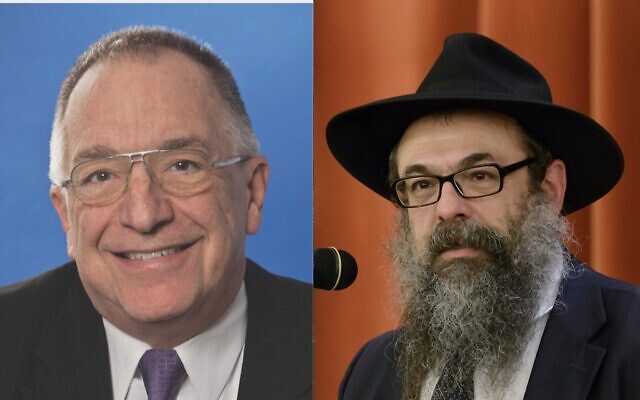 The Emanuel Spector Memorial Award is the highest honor presented by the Federation and “is given for exemplary service to the community in a single year or over the course of many years,” according to a press release. The Doris and Leonard H. Rudolph Jewish Communal Professional Award “recognizes the exceptional personal and professional commitment of a Jewish communal professional employed by the Federation or one of its partner agencies. The awardee is selected for his or her contribution to improving the quality of services offered in the community and to the enhancement of Jewish life.”

Grinberg has worked on behalf of the community for more than four decades. He has served as president of the Pittsburgh Three Rivers Marathon, the Jewish Assistance Fund and Community Day School. He also has chaired the Federation’s Community Relations Council and Partnership2Gether program, as well as the Maccabi Youth Games and Repair the World.

Vogel was born in Manchester, England, and was ordained at the Central Yeshiva Tomchei Tmimim Lubavitz, in Brooklyn, New York. He moved to Pittsburgh in 1991 and founded The Aleph Institute – North East Region, where he works with federal, state and local officials to meet the religious needs of incarcerated Jewish men and women and addresses the humanitarian needs of inmates’ families. He has testified before a Pennsylvania judiciary committee as a prison expert and worked with former Pennsylvania Sen. Arlen Specter’s office to help write federal laws affecting Jewish inmates. Vogel continues to work with government officials on a daily basis.

Both the Spector and the Rudolph Awards will be presented at the Jewish Federation annual meeting, on Sept. 12. PJC