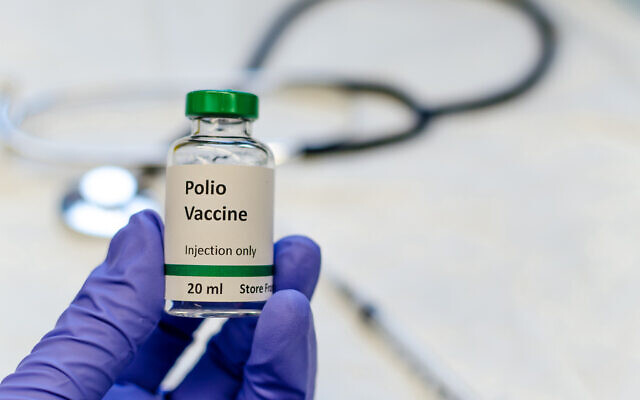 Poliomyelitis virus vaccine with stethoscope and syringe at the background. Photo by Manjurul via iStock

Dr. Peter Salk remembers receiving the polio vaccine at the age of 9 from his father, Dr. Jonas Salk, at his family’s home outside of Pittsburgh, more than 60 years ago. The vaccine was still experimental at that point.

“A lot of it passed over me,” Salk said during an April 12 panel presentation following the virtual premier of “Chasing COVID,” a new documentary about the collaboration required to develop the COVID-19 vaccine. “I understood what was going on in a sense, but it wasn’t really very personal to me. There wasn’t a significance to the moment other than I didn’t want to get a shot.”

Salk, a professor of infectious disease and microbiology at University of Pittsburgh’s Graduate School of Public Health and president of the Jonas Salk Legacy Foundation, contrasted those feelings with what he experienced during the past year.

The stay-at-home order was a relief for Salk because it promoted safety, but he had an emotional rush that continued for months, he said. After reading a New York Times report about the first RNA vaccine, he was moved by the speed of Pfizer and BioNTech’s merger and how quickly the two entities prepared the vaccine for approval.

“The coronavirus vaccine shot that I got was more emotional to me than the polio vaccine shot,” he said.

After receiving his second COVID-19 injection, and the subsequent two-week period transpired for it to fully take effect, Salk felt as though “something’s happened,” he said. “A year of total isolation began to dissolve.”

Once CDC guidelines indicated it would be safe for small groups of fully vaccinated people to fraternize unmasked, Salk’s brother and sister-in-law arrived at his doorstep.

“To be reunited as a family in a normal way,” Salk said, “that was an overwhelming experience for me.” PJC