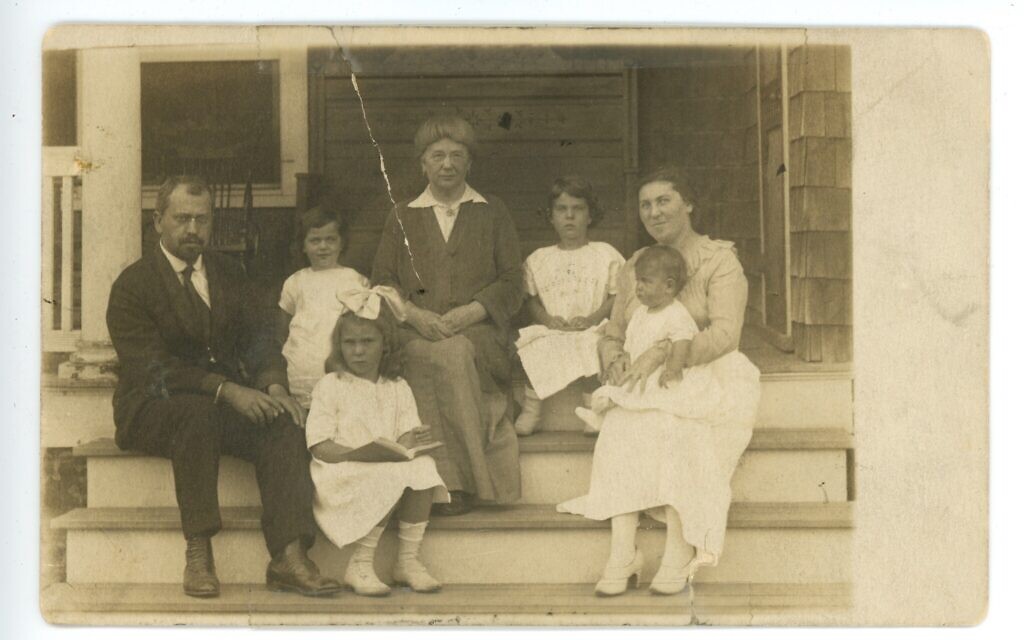 On March 18, 1922, 12-year-old Judith Kaplan stood before her congregation at the Society for the Advancement of Judaism on the Upper West Side of New York City and chanted from a Chumash.

She did not ascend the bimah. She did not read from a Torah scroll, nor did she recite the blessing to do so. When she was finished chanting from her Chumash, she returned to the women’s section of the synagogue for the remainder of the Saturday morning Shabbat service.

And with that, Judith Kaplan, the daughter of Rabbi Mordechai Kaplan, the founder of Judaism’s Reconstructionist movement, became the first American to celebrate a bat mitzvah.

“It all passed very peacefully,” Judith Kaplan Eisenstein told the New York Times in 1992. “No thunder sounded. No lightning struck.”

Congregation Dor Hadash, a Reconstructionist congregation in Pittsburgh, will mark the centennial of that historic day with a community-wide event on Sunday, March 20. COVID-permitting, the event will be hybrid, with options for in-person participation at Rodef Shalom Congregation as well as streaming. The program will include a catered kosher lunch, workshops and a keynote address by Rabbi Deborah Waxman, president and CEO of Reconstructing Judaism, the movement’s umbrella organization.

“It’s an important milestone for us [as Reconstructionist Jews] and for Judaism as a whole,” said Carolyn Ban, the Dor Hadash member heading the event committee.

Judith Kaplan’s bat mitzvah bore little resemblance to the contemporary bat mitzvah, which has evolved in the last 100 years. When Kaplan’s daughter publicly read from her Chumash to acknowledge coming to the age of Jewish majority, the concept was still revolutionary, Waxman told the Chronicle.

And it was “no coincidence,” she said, that women were given the right to vote just two years earlier — and that Kaplan was the father of four daughters and no sons. 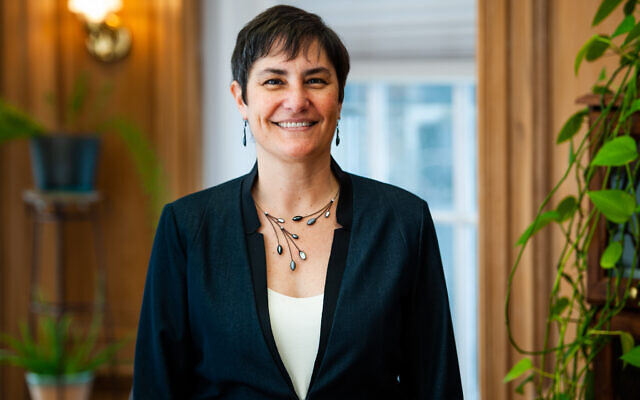 Rabbi Deborah Waxman, president and CEO of Reconstucting Judaism (Photo by Jordan Cassway)
Kaplan founded the SAJ in January 1922. Then affiliated with the Conservative movement, the congregation became the birthplace for Reconstructionism, based on Kaplan’s view of Judaism as a progressively evolving civilization.

“At one of the very first board meetings in early February 1922, Kaplan said to the board that he would like to inaugurate the ceremony of bas mitzvah, and that he wanted his eldest daughter Judith to be the first person,” Waxman said. “The minutes show the board heartily agreed.

“They set the date for mid-March,” she continued. “The invitations went out. But Kaplan didn’t decide what Judith would do until the night before.” This wasn’t a problem for Judith, though, as she was “incredibly well educated Jewishly,” and had the skills to read a portion from the Chumash without months of practice.

“One was that her mother’s larger family, which was fairly conservative, and Orthodox in orientation, thought it was a really bad idea, and they were arguing with Kaplan not to do it. They thought it was too revolutionary. So that didn’t thrill her, that there was discord in her family.

“The second thing that worried her was she was a teenager, and she felt self-conscious about being out in front of everyone,” Waxman continued. The third thing that concerned her was “leaving the women’s section and entering into male space.”

Her father, though, was committed to expanding the opportunities for girls and women to express their Judaism publicly, Waxman said.
While Judith’s participation at her bat mitzvah was limited, over the years the concept of bat mitzvah, and the greater role of women in public Jewish life, “evolved,” Waxman said.

“It took about 15 to 20 years before the Society for the Advancement of Judaism began to allow girls to have an aliyah on an occasion other than their bat mitzvah,” she said.

Ban, who conceived of the Dor Hadash centennial celebration to be held next month, said she did not celebrate her bat mitzvah as a teen.

“I grew up being sent to religious school in a Reform congregation and nobody did bat mitzvahs — and a lot of people didn’t do bar mitzvahs,” Ban said. “We were confirmed; that was very typical in the 1950s. It took a while for it to spread, but it did gradually.”

The first bat mitzvah in Pittsburgh was celebrated at the Conservative Congregation Beth Shalom on April 3, 1925, according to Eric Lidji, director of the Rauh Jewish History Program & Archives at the Senator John Heinz History Center.

It was “exceptionally low-key,” he said. Four girls celebrated on the same day: Edythe Braemer, Florence Goldstein, Ruth Lieberman and Madeline Safyan. Each girl delivered a talk on a Jewish topic, songs were sung and refreshments were served by the girls’ parents afterward. The girls continued to participate in services throughout the year.

“In 1925, Beth Shalom had been around for six or seven years,” Lidji said. The congregation’s rabbi, Goodman Rose, “was very innovative and progressive.”

But bat mitzvahs at Beth Shalom were sporadic during the 1920s and 1930s, Lidji said: “I found a notice from 1938 claiming to be the first bat mitzvah held at Beth Shalom, which means everyone had forgotten about the ones 13 years earlier.”

The umbrella group United Synagogue of America began encouraging bat mitzvah ceremonies at Conservative congregations in 1928, according to Lidji, and B’nai Israel Congregation in East Liberty began offering them that year.

One of the first bat mitzvahs at Pittsburgh’s Temple Sinai, a Reform congregation, was Barbara Carol Lindner’s, on Oct. 19, 1957, according to the congregation’s archives, said Aya Betensky, who is on that congregation’s committee to mark the centennial.

There was “no write-up, just a name in the bulletin,” Betensky said.

Before the mid-1960s, Rodef Shalom Congregation, a Reform congregation, did not offer bar or bat mitzvahs to Jewish teens but rather promoted confirmation as the coming-of-age ceremony — which served the dual purpose of creating equality between the genders and “kept them in the building another few years,” Lidji said.

Several congregations in the Greater Pittsburgh area plan to mark the centennial of the first bat mitzvah at their Shabbat services on March 18 and 19. Temple Sinai is also collecting its members’ reflections on their bat mitzvahs — or their reflections on not having one.

“There are many of us that never had one,” Betensky said. “I’ve since learned to chant trope for Torah. But this is making me think I’d like to have a ceremony.”

Meantime, workshops at the Dor Hadash event include a history of bat mitzvahs in Western Pennsylvania, led by Lidji; a session on the adult bar mitzvah; and a session on the “b’mitvah” led by local transgender Jewish professionals. These events are being facilitated and co-sponsored by the Jewish Studies Program at the University of Pittsburgh.

And the SAJ and the Jewish Women’s Archives will co-host a national Shabbat celebration marking the centennial March 18-20.

“People see this as such a significant event,” Ban said. “On the organizing committee for our event are three rabbis, all women. And one of them said at one of the meetings that, ‘We would not be here as rabbis if this had not happened.’” PJC