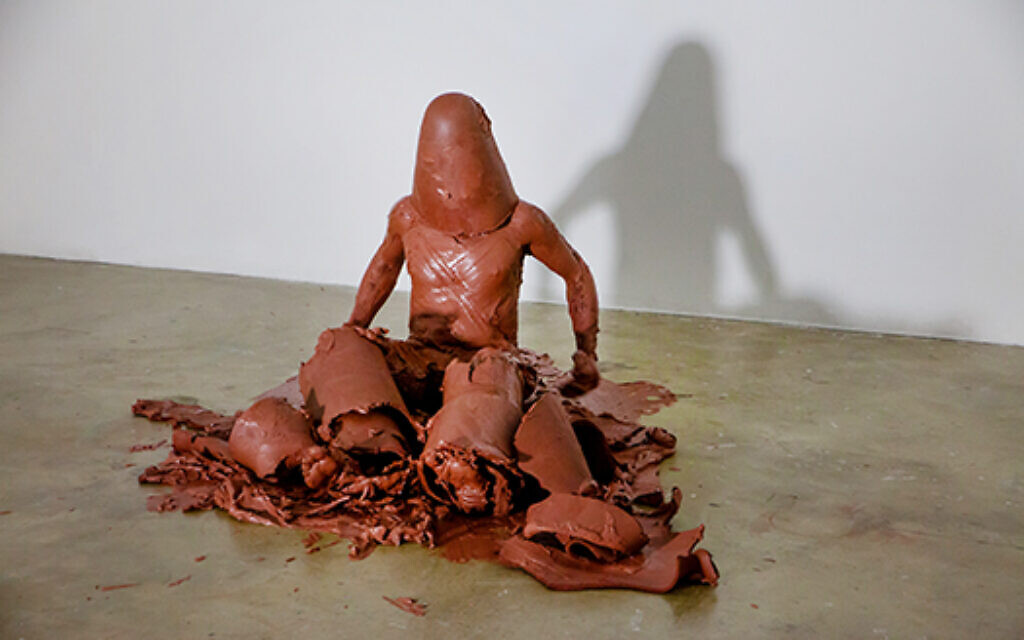 During the sophomore season of the NBC comedy “30 Rock,” Tracy Morgan and Donald Glover perform “Werewolf Bar Mitzvah,” a “Monster Mash”-style tune that one can’t help but tap their toes to.

With Halloween around the corner, it can be easy for some Jews (and gentiles) to grasp at pop culture straws by trying to cram Jewish culture into a holiday with pagan roots. Others reject Halloween altogether.

But Jews needn’t try to search for specks of Jewish lore in the stories of vampires and lycanthropy, as we have our own wealth of folklore and mythology that not only heavily draws on the presence of monsters and demons, but that pervades Jewish thought.

Ilan Glazer, a maggid, or Jewish storyteller, based in Baltimore, argues that these stories are at the center of Jews’ religious values.

“All of these legends and all these stories are really trying to answer universal questions, which are: What do we do when they come for us? And how can we be stronger than we are? And how can we take care of ourselves? Where are women’s voices, and what is our connection to God? And what’s our responsibility to each other?” Glazer said.

Artist Teddy Poneman used the story of the Golem as a way of making sense of contemporary politics in his 2019 Temple University Master of Fine Arts thesis.

The Golem originally referred to a “figure from clay that God created before God injected into it the breath of life and created Adam,” according to University of Pennsylvania folklore Professor Dan Ben-Amos. More recently, the story of the Golem is that of 16th-century Rabbi Judah Loew ben Bezalel, who created and erected the clay giant to protect a Prague ghetto from antisemitic pogroms ravaging the area. In many iterations of the Golem story, the giant becomes too powerful and turns against the person who tries to control it.

Poneman, however, stumbled upon the Golem in a completely different context: as a meme on an anti-fascist Jewish Facebook group. Someone had created a patch with the Golem of Prague that read, “Goodnight alt-right.”

“It was this thing that I wanted to use as this culturally specific, historical precedent for anti-fascist organizing and activism,” Poneman said.

Though not exclusive to Jewish folklore, Lilith, who in a midrash is said to be Adam’s first wife, appears in the Zohar, a Kabbalistic text, as a demon and wife of the king of demons. She was interpreted as a femme fatale who eats babies, the origin of the Jewish superstition of tying red string around a baby’s crib to prevent Lilith from stealing the child.

Maggid Andrew Elias Ramer, author of “Queering the Text: Biblical, Medieval, and Modern Jewish Stories,” argues that this version of the story was created by men to “try doing things to keep women in their place.”

In the past 50 years, the story of Lilith was reinterpreted.

“In modern times, she was adopted symbolically by the Jewish feminist movement,” Ben-Amos said.

One midrash, by Judith Plaskow, has Lilith returning to the Garden of Eden to befriend Eve, despite Lilith’s demon status. The two become friends and allies. In others, Lilith is a symbol of sexual liberation.

And while some demons can help strengthen a political movement, others, such as the dybbuk, remain personal to Jews and Jewish traditions surrounding death.

The dybbuk, which first appears in Jewish texts 500 years ago but was made popular by S. Ansky’s play “The Dybbuk,” is a malicious soul who possesses another’s body. The dybbuk’s foil is an ibbur, a soul that cohabitates a body intending to complete mitzvot.

The two spirits point to the Jewish esoteric concept of gilgul, reincarnation, which, more broadly, is a way of making sense of death, according to Ramer.

“It’s a big part of Ashkenazi Jewish culture,” he said.

With Judaism being replete with stories and legends, why turn to monsters to teach us about life and our values as Jews?

Ramer offers that because Judaism is a monotheistic religion with a benevolent God, it is challenging at times to make sense of bad things that happen to the Jewish people: antisemitism, death, suffering.

The use of demons and monsters to explain why bad things happen to us is a way of making sense of that pain.

“Having an intermediate evil is a useful tool in the monotheistic faith where you don’t want to have a bad God,” Ramer said. “Some of our experiences of life are so often bad — where does it come from? To me, all these stories are reconciling life and experience.” PJC