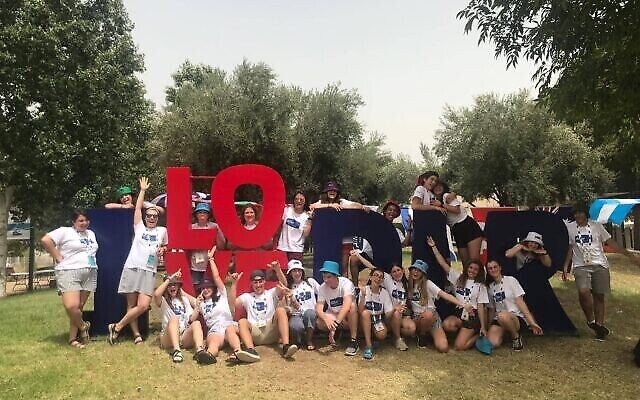 The 15-month international leadership program for Jewish teens typically includes a much-anticipated trip for some 20 Pittsburgh 10th-graders to Israel. Likewise, a group of Israeli teens from Karmiel and Misgav — Pittsburgh’s sister city and region, respectively, in the Jewish State — also typically visit the Steel City.

Due to the pandemic, there was none of that this year.

But, for Roan Hollander, a Pittsburgh CAPA senior who participated in Diller’s COVID-19 group — cohort #12 — there was no lack of Jewish-identity building or tikkun olam in the program, which engages 600 teens from more than 30 North American locations and one South African community.

“It was a strange experience to do something that was initially outside of my comfort zone,” said Hollander, 17, of Pittsburgh’s South Side, who’s in the literary arts program at CAPA. “But it was great to be a part of a community of students, of Jewish students, during COVID. It was really special to still be connected.”

For starters, before COVID’s numbers began to spike, there still were Shabbatonim — weekend trips, where the Diller fellows participated in workshops and explored Jewish themes and texts while sharing their perspectives on things like repairing the world or Israel.

During one Shabbaton at Emma Kaufmann Camp, something as rudimentary as a campfire on a cold November night meant the world to Hollander, who had never been to the locally renowned Morgantown, West Virginia, camp before that night.

“What really stood out was that I was able to talk to people who have similar feelings about their Jewish identity as I do,” Hollander said. “It was really meaningful to find out what being Jewish means to me — along with other people.”

That’s, ultimately, a big part of the goal, according to Maria Carson, who began June 1 as director of teen leadership for the Jewish Community Center of Greater Pittsburgh, overseeing, among other things, the Diller program.

“It really is a transformational experience to teens,” Carson said. “It’s a lot — the workshops, the Shabbatonim, the trip to Israel in the summer and the trip from the Israelis here … It enables them to become more involved in their community.”

The Diller program is entering its 13th year in Pittsburgh, according to Chris Herman, the teen division director for the JCC of Greater Pittsburgh. The program started in the San Francisco Bay area in 1997, bringing young Californians to their sister cities in the Upper Galilee, and began expanding to other cities about five years later.

Herman said this year’s cohort is “anticipating we’re getting back to more normal.”

Rolling applications are still available for this year’s program.

Carson did not hesitate when asked what part of the Diller program she is most excited to experience during her first year overseeing the program: Like Hollander, something about a night at EKC resonates with her.

“I never went to camp myself so I’m really interested in that,” she said. “I’m excited to see how these teens bond.” PJC