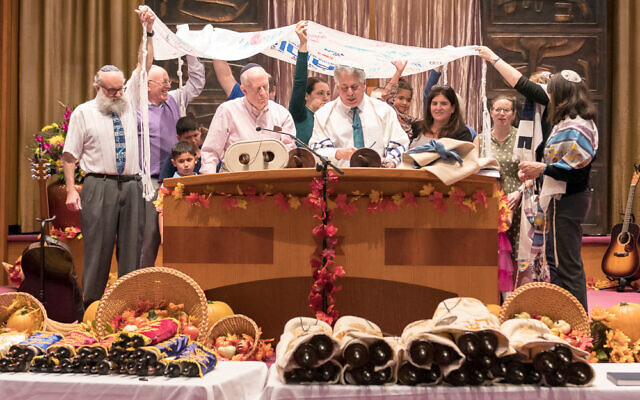 Simchat Torah at Temple Sinai in 2019. (Photo by Dale Lazar)

With Simchat Torah occurring this weekend, congregations are striving to close out the High Holiday season’s final festival with safety in mind.

Simchat Torah is predicated on physical activity but COVID-19 is forcing some reconfigurations. Familiar practices, like hoisting a Torah scroll and dancing en masse, or unrolling the sacred text for onlookers to appreciate its 304,805 handwritten letters, are undergoing pandemic-related modifications.

As it did during Rosh Hashanah and Yom Kippur, Temple B’nai Israel in White Oak will encourage congregants to tune in to a service online. By combining the holidays of Shemini Atzeret and Simchat Torah during a service on Oct. 10, members can enjoy the festivals in a distanced and tempered fashion, explained Rabbi Howie Stein.

While the congregation will hear the end of Deuteronomy and the beginning of Genesis, it will not, however, “be able to have hakafot with singing and dancing as we normally would,” he said.

“I’m putting together a video with pictures from the last 10 years of us doing the hakafa with all of the Torahs,” said Cantor Michal Gray-Schaffer, B’nai Abraham’s spiritual leader.

In addition to enjoying the collected photographs, participants can sing along to onscreen lyrics from songs traditionally chanted by the congregation during the holiday.

“Hopefully, it will feel nostalgic,” said Gray-Schaffer. “I guess it’s the best we can do.”

“This is the most difficult holiday to celebrate online,” said Symons. “How do we sing, dance, stretch the Torah out, eat caramel apples?”

In an effort to deliver a meaningful and safe holiday experience, Congregation Beth Shalom in Squirrel Hill is offering members the opportunity to rejoice both virtually and in person. The latter, which will occur each morning during Sukkot, Shemini Atzeret and Simchat Torah outdoors in the Beth Shalom parking lot, requires participants to mask, social distance and register in advance, said Rabbi Seth Adelson.

In a slight return to past holiday practice, Beth Shalom is also hosting an evening Simchat Torah service on Oct. 10 with “scaled-back hakafot,” singing and dancing in the Beth Shalom parking lot, Adelson said. The service will be livestreamed, with similar events occurring Sunday morning.

Finally, although details had not yet been confirmed as of press time, Beth Shalom is considering taking “at least one sefer Torah through the neighborhood and ending up at Frick Park near the blue slide entrance for some public dancing and singing that will not be available on Zoom” for the Oct. 11 morning service, said Adelson.

At the Kollel Jewish Learning Center in Squirrel Hill, holiday plans had not been finalized as of press time, said Rabbi Doniel Schon. With so many individuals traveling to Pittsburgh from outside the city, the organization is acting extremely cautiously for fear of COVID-19 transmission, he said.

“We would like to have a Simchat Torah that’s infused with spirit, but safety is our number one concern,” he said.

Rabbi Sruly Altein of Chabad of Squirrel Hill expressed similar concerns leading up to the joyous holiday: “We want everybody to have a good time, while adhering to guidelines in place.”

Between enforcing social distancing during the Simchat Torah morning in-person service and offering pre-packaged food, Altein is confident that Chabad of Squirrel Hill can offer participants a safe and meaningful experience.

“We heard from people that didn’t go to shul on Rosh Hashanah and Yom Kippur that they missed that experience,” said Altein. “Maybe this is something they could participate in.”

“We might do something virtually online, but it will be a very short thing,” he said.

Shapiro, a klezmer musician, is planning to offer, at least, a brief address online and the recitation of several prayers. The program will last no longer than 30 minutes, he said.

Like Parkway Jewish Center, Temple Sinai in Squirrel Hill will rely on Zoom for its Simchat Torah service. 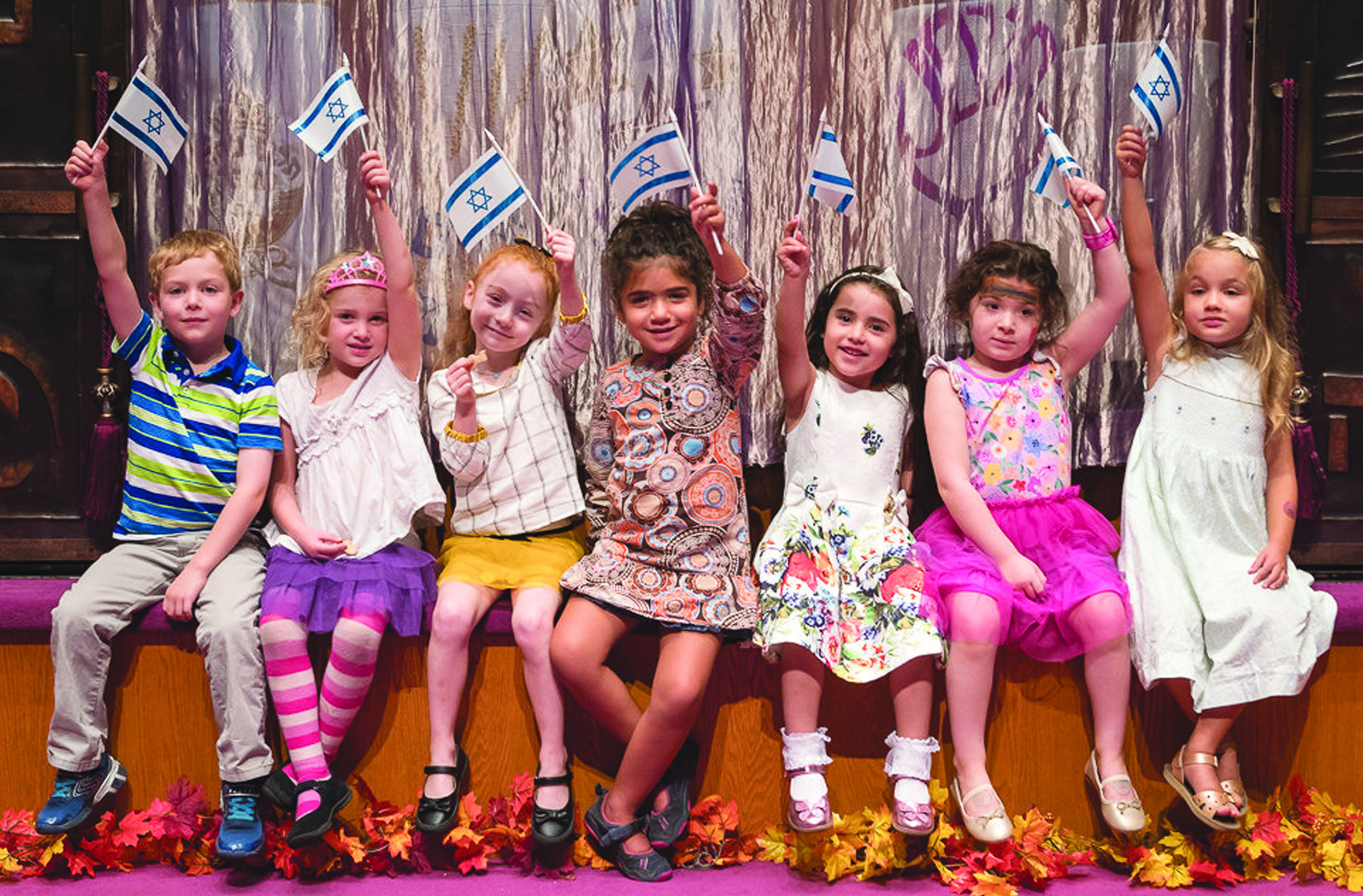 Scheduled for Friday evening Oct. 9, the program will operate in partnership with Rodef Shalom Congregation, said Tami Prine, marketing and communications director for Temple Sinai. “Rodef is hosting Sukkot and we are hosting Simchat Torah,” she said.

The shared service arrangement between the Squirrel Hill and Shadyside congregations began last Passover, explained Rodef Shalom’s Rabbi Aaron Bisno: “We work on the service together — the rabbis and the music staff share responsibilities — it gives everyone a sense of ownership over the shared celebration.”

Tuning into a shared virtual service between congregations is quite different from past Simchat Torah festivities, where singing, dancing and levity were the norm. Even still, for so many people, after spending multiple months at home, and away from a synagogue, there is a value in approaching the holiday with warmth, an open mind and a comfortable seat, explained Bisno. “The injunction on Sukkot is to dwell in booths, which are houses that are not our own, and for people to extend themselves to each other,” he said. “The idea is that we not remain in our place, but reach out to one another — not in a physical sense — and make sure that people know that you are there and you care.” PJC