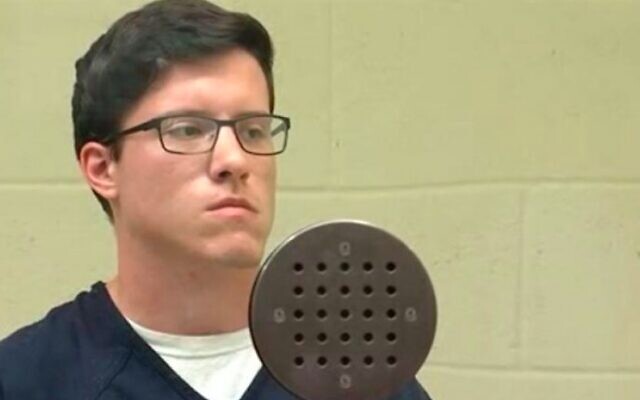 (JNS) A former nursing student responsible for the 2019 deadly shooting at Chabad of Poway, Calif., was sentenced on Thursday to life in prison without the possibility of parole, plus an additional 137 years to life, in San Diego County Superior Court.

John Earnest’s sentence was given under the terms of his plea deal, reported San Diego’s CBS News 8. The 22-year-old pleaded guilty on July 20 to murder and attempted murder charges for the shooting. He also pleaded guilty to arson for setting fire to the Dar-ul-Arqam Mosque in Escondido, Calif., on March 24, 2019.

Earnest shot an assault rifle inside Chabad of Poway during Passover services on April 27, 2019, killing 60-year-old Lori Gilbert Kaye, a longtime congregant at Chabad. Two others were injured in the anti-Semitic attack and the synagogue’s rabbi, Yisroel Goldstein, lost a finger in the shooting.

State prosecutors originally wanted to seek the death penalty against Earnest but that pursuit was dropped after the plea deal was made, according to CBS News 8. In the plea deal, Earnest admitted to hate-crime allegations.

In an open letter published online, Earnest talked about a need to protect the “European race.” He also wrote, “I can only kill so many Jews” and “I only wish I killed more.”

He pleaded guilty to 113 federal charges related to the Chabad of Poway shooting on Sept. 17 and will be sentenced in connection to those charges on Dec. 28.

Federal prosecutors are seeking life in prison, plus 30 years. PJC