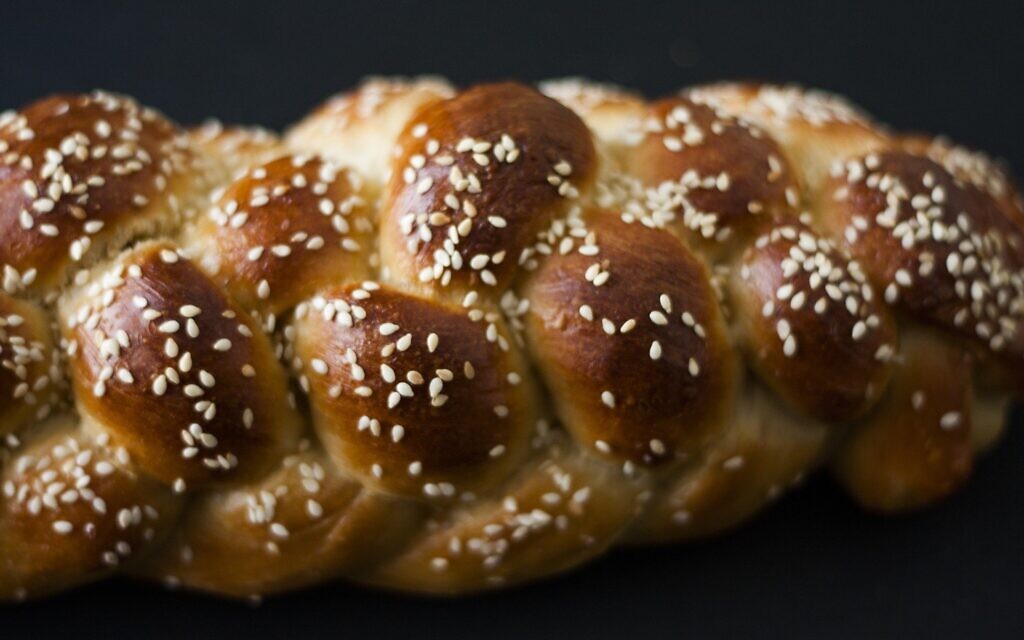 (Image by svetlanabar from Pixabay)

Things are different, though, during the summer.

Without air conditioning in her Squirrel Hill home, baking bread heats the house too much. But with nearby grandchildren who are frequent guests, spending a week, let alone a season, without the Shabbat staple isn’t an option. So, well before sunset each Friday, Kornblit visits Murray Avenue Kosher and buys loaves made by Unger’s, a Cleveland-based kosher bakery.

Kornblit said she likes Unger’s plain version, and that her husband’s favorite variety of challah is the one with raisins. Their grandchildren also like raisins in their challah — though they prefer to eat the bread with peanut butter and jelly, sometimes even marshmallows.

For the Kornblits and scores of other Jewish Pittsburghers, eating challah with loved ones is a treat.

“A lot of people will tell you that the act is sacred or is a mitzvah. And for people who make challah to have it for Shabbat, something else gets added, too,” Freed said. “There’s a ruach, a part of our soul, that gets added to it.”

Freed is the in-house caterer and a teacher at Temple Emanuel of South Hills. She’s made challah for years, but while working as a cooking specialist at the South Hills JCC camp last summer, she realized she needed to alter the process a bit for the kids.

Preparing a challah that requires punching down, rising, punching down, then braiding and maybe punching down again “wasn’t going to be practical because of the different age groups I had,” she said. “I found a way that I could present them with the ropes of dough and have them braid it and bake it in 15 minutes.”

Although the routine and product differed from Freed’s norm, the outcome was just as good, she said.

“You can look at whether challah has egg brushed on its sides or how many times it should rise — and there are a million ways to make it — but I am looking at it from a nonfood standpoint,” Freed said. The abridged version of challah-making was a way for kids to recognize “it’s Friday and Shabbat was coming, and a chance to learn braiding and how to say the motzi.” But in addition to those lessons, there was also the recognition that “challah is the bread of our people, and it makes damn good French toast, too.”

At different points throughout the year, Freed varies her recipe. Before Rosh Hashanah she adds dried cherries or raisins as a symbol of extra sweetness for the coming year. Another departure from her traditional challah-making approach is based on a recipe that includes butter, where the bread ends up tasting “similar to a brioche,” she said.

Micah Siva also varies her methods when it comes to making challah. Last month, after the Supreme Court found that the Constitution does not confer a right to abortion, Siva channeled her frustration by making challah that was shaped like a uterus. On a different week, she made a cornbread challah in the shape of a cob.

Siva is a San Francisco-based registered dietitian and chef who often travels back to Pittsburgh and western Pennsylvania. She said there’s no right or wrong way to make challah, or even enjoy it. And for her, the baking process is therapeutic.

Even if challah making allows considerable room for interpretation, Siva recommends using high-quality ingredients, as they do make a difference, she said.

Additionally, something fun that doesn’t require an absolute departure from a familiar recipe may be shaping the challah in a new and interesting way.

If interweaving strands of dough causes a little anxiety, “think outside of the braid,” she said. “You can twist it, roll it into a little snail, you can make it into any shape you want.”

But what happens if the challah turns out differently from what was intended?

That’s all right as well, Siva said. The process can still “be meditative and a way of honoring Shabbat.”

After all, making challah is similar to other formal Jewish practices, where doing something that “feels comfortable and authentic is the right way to do it,” she said. “That’s what I’ve found to be really helpful as a Jewish 30-something-year-old in America.” PJC