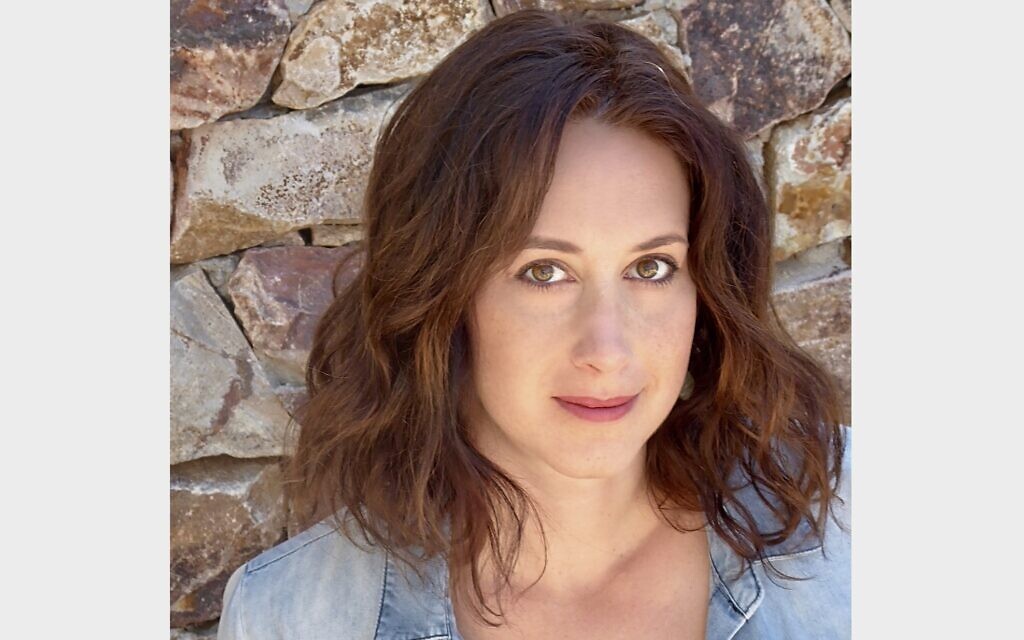 Her second, “The Garbologists,” gives its audience a glimpse into the lives of sanitation workers. It premieres at City Theatre on April 30 and runs through May 22.

The two plays traverse very different ground, but their themes are similar, Joelle said, speaking from her home in New York. The granddaughter of a survivor in Poland’s underground resistance movement, and the daughter of a first-generation Israeli-born American, Joelle is intrigued by the stories of people who are often overlooked by society at large.

“A theme that defines everything that I write is taking people that seem at first glance very ‘other’ — either to each other or to the audience or both — and then seeing how quickly you can forget that they are ‘other’ and put yourselves in their shoes and feel like you are on this journey with them,” she said. “So by the end, you have an increased awareness and increased empathy.”

“The Garbologists” is billed as “an unconventional buddy comedy” and follows the odd couple pairing of first-time sanitation worker Marlowe, a liberal Black Ivy-educated woman, and lifer Danny, a conservative white male, in their New York City garbage truck.

Joelle hopes the show will help audiences “start noticing sanitation workers in your community in a way that you never did before.”

She had the same goal in mind with her play “TRAYF,” about two 18-year-old Chasidic men from Crown Heights in a Mitzvah Tank in 1991.

For many people, it can be a “little bit alienating” at first glance to see men in fedoras and suits asking strangers if they’re Jewish, Joelle said, “especially if you don’t understand the context of their community or the reason that they’re out there on the corner, trying to engage Jewish people. But by the end, or hopefully much sooner than that, you realize that they’re just two guys. They’re 18-year-old best friends who are excited about their new truck, and worrying about dating and girls and obsessed with their music collection — even though their music collection is tapes of a 90-year-old Lubavitcher Rebbe…. But it’s the same human drives, it’s the same interests. It’s the same bond of friendship.”

“TRAYF” recently completed a five-week run at the Geffen Playhouse in New York. “The Garbologists,” which had its co-world premiere at the Philadelphia Theatre Co. late last year, was workshopped in Pittsburgh in 2019 as part of the MOMENTUM Festival at City Theatre.

The inspiration for “The Garbologists” came about six years ago when Joelle met a sanitation worker, the husband of a friend, during a weekend getaway. She hopes that audiences will come to appreciate the contributions of sanitation workers and will recognize them as the essential workers they are, a realization she came to while immersing herself in their world for several years as she developed her script.

“I found that I had a lot of preconceptions that were just off-target about who’s drawn to this career and what the career is like, and also, the personality type that’s drawn to this career,” she said. “I mean, he (her friend’s husband) was just very emotionally open and present and vulnerable and warm and smart. You know, college-educated, had a previous career in audio engineering, and just really had a deep appreciation for not only sanitation but for the benefits of the job and the strong union. You work for 22 years and you get to retire with a pension and health benefits and half pay for life. He was making a six-figure salary and very proud to be working in sanitation.”

In doing her research, Joelle met sanitation workers across the country and found there was a general feeling of being invisible while in uniform, she said.

“They feel like nobody wants to hear about sanitation — unless sanitation does something wrong, and then it’s all the papers can talk about. But everything they do right — you know, all the snow removal services, which is a big part of sanitation in New York City, everything they do to keep the streets clean and free of disease, even during the pandemic — nobody was giving three cheers for these essential workers,” she said.

Joelle grew up in a suburb of Chicago with a large Jewish community. She recalls sometimes attending two or three b’nai mitzvahs in a weekend. But she didn’t learn about her grandmother’s resistance work during World War II until she was in junior high school. That’s when her grandmother wrote her autobiography and finally spoke about her experiences smuggling weapons and other items into the ghettos, and moving people across borders into safer areas, “where if they were captured, they’d be sent to labor camps instead of death camps.”

“She just had an incredible wartime story that, on one hand, makes me very proud to be a descendant of hers, and on the other hand, is just a really horrible family origin story to inherit and carry around,” Joelle said. “And I think that informs my everyday life. I’d be lying if I didn’t say that I think about it at least once a day.”

In “The Garbologists,” putting a conservative, middle-aged white man in a garbage truck with a liberal, Ivy-educated Black female “may not seem like a Jewish theme,” she said, but its roots come from learning how to interact “with somebody that feels ‘other,’” and learning how “to make them your friend or your family — your extended family. How do you assimilate them into your community versus how do you hold on to your own identity and make individual choices and have autonomy over your life? I mean, it’s all coming from the same place for me.” PJC