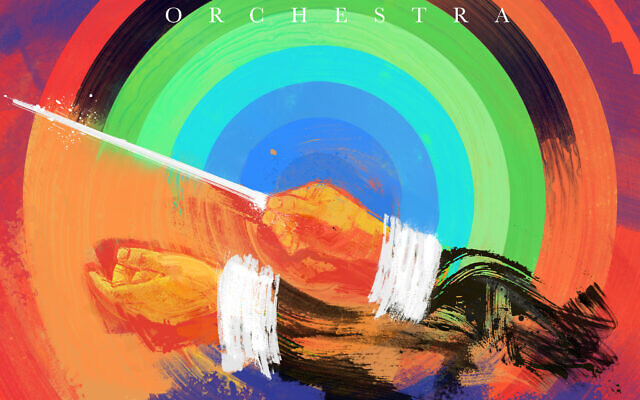 Marty Ashby remembered the reaction from the crowd after a 2018 performance of “On the Waterfront” at the Manchester Craftsmen’s Guild on Pittsburgh North Side.

“The audience was stunned,” the guitar player and producer said.

The performance was part of an MCG Jazz production featuring the Smithsonian Jazz Masterworks Orchestra in honor of Leonard Bernstein’s 100th birthday. Bernstein died in 1990.

Ashby and the big band did not know that two years later they would be recording both Bernstein’s popular music and his more “serious” works.

“When we were putting together the program [for the 2018 live performance], we realized that we were onto something really special,” Ashby said. “So, it came about organically. We said, let’s continue to refine the arrangements. After four or five months, we knew we needed to go in the studio and record this to capture this moment in time.”

Set for release Jan. 29, 2021, on the MCG Jazz label, the recording features three of Bernstein’s compositions from the 1949 film “On the Town,” the symphonic suite from “On the Waterfront,” a selection from Bernstein’s adaption of “Peter Pan,” two tracks from Bernstein operas, “Trouble in Tahiti” and “A Quiet Place,” and three of Bernstein’s works that are not part of the musician’s pop canon: “Waltz from Divertimento for Orchestra,” “Meditation #1 from Mass” and “Chichester Psalms I.”

Comparing Bernstein to a painter, Ashby said his flexibility meant there were many colors from which the SJM Orchestra could choose. While his band didn’t capture the full palette of Bernstein’s hues, “we got a lot of the colors in the spectrum of his music,” Ashby said.

Not surprisingly, the Washington, D.C.-based group swings like a big band, playing all of the cuts with a jazz sensibility. It utilizes a standard big-band orchestration of 17 members, although special guests and percussionists sometimes swell its size to up to 20 members.

All but one of the tracks feature new arrangements. “These arrangements haven’t been heard by anyone, except for the one track we played on tour around the world,” Ashby said. All the tracks began with Bernstein’s original orchestrations and were then reimagined.

“The seven arrangers we have on the recordings really make it fresh,” Ashby said. “It’s really exciting how it brings new life to these compositions of Leonard Bernstein.”

And, because it is jazz, improvisation plays a large part in the recordings.

The band had to work hard to master the pieces because “within every tune there is at least one improvised solo,” Ashby said. “It keeps the music fresh because no matter how many times we play this music around the world, every time will be different.” 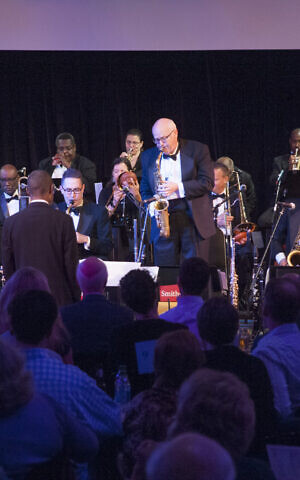 Of course, playing it around the world, or even in MCG’s North Side building, is a challenge now because of COVID-19. That complicates promoting the album.

“Our hope is everybody’s hope, that by this summer, certainly by the fall, that we’ll be able to gather in large enough numbers that it will make sense to have a 17- to 20-piece orchestra perform live for folks,” Ashby said.

Until that time, the recording will utilize jazz radio to promote the album and get the word out to the jazz community.

Ashby is not simply part of the ensemble of musicians that played the music. He produced the live shows in 2018 and worked as a producer on the recording.

The producer role, he said, allowed him to be involved in the nuts and bolts of the recording. He helped pick out the repertoire with Executive Producer Ken Kimery and Artistic Director Charlie Young, submitted thoughts on the arrangements and assisted with the recording, editing and mixing of the music. He also was engaged in the business end of the project: negotiating deals with distributors, giving thoughts on the artwork, working with the manufacturer and dealing with the Bernstein estate to get licensing. That process was made easier by Flavio Chamis, a member of Pittsburgh’s Jewish community and a friend of Ashby’s

Chamis is a Brazilian composer and conductor who served as an assistant conductor to Leonard Bernstein on several occasions. Ashby and Chamis have collaborated on several projects.

“He is such a wealth of information about the maestro and music in general,” Ashby said of Chamis. “He was such a great resource to connect us with the Bernstein business office as well as well as provide some insight into these pieces.”

Chamis also wrote the liner notes, providing historical and artistic background for each of the pieces.

The artwork was created by another Pittsburgher, artist Jeff O.Brien Myers who, Ashby said, creates all of MCG Jazz’s covers.

While the opportunity to hear the reimagined Bernstein pieces live will not occur for several more months, Ashby has a suggestion.

“When you listen to ‘On the Waterfront’ on your home stereo, crank it up and imagine you’re sitting in an audience and hearing it live,” he said. “It’s very powerful stuff.” PJC