Judge gavel, scales of justice and law books in court. Photo by BrianAJackson via iStock

“There are great inefficiencies in our court system,” said Veverka, 38, an attorney and first-time judicial candidate for the Court of Common Pleas. “We have limited access to the court system. The court system is not open for everybody.”

The Mt. Lebanon resident and father of two has crafted a plan for bettering the judicial process. Within the court’s family division, Veverka would like to see “a more regular motion schedule” whereby litigants who are “seeking more time with their children have an opportunity to present their case to a judge, more than once every two weeks,” he said.

Within the court’s civil division, he wants to “move away from a docket where there are no judge assignments so judges can't be held accountable for moving cases forward,” he said. And, within the criminal division, he believes “we need earlier bail review, and we also need to see incarcerated defendants at an earlier stage in the process. If a judge would sit and listen and hear why somebody is incarcerated, there may be a way to move them from incarceration outside into a diversionary program or into some electronic monitoring system, which takes the cost burden off of the taxpayers and also gives that person an opportunity to better prepare for their case.” 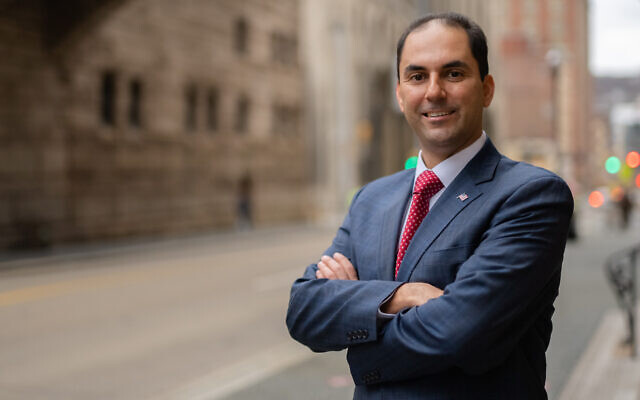 Veverka, who celebrated his bar mitzvah at Temple Emanuel of South Hills 25 years ago, is positioning his candidacy as one based on expertise and outcomes.

“As an attorney who stands before a judge often, I have appreciation for what it's like to be an attorney who has a client who would need something done in a timely and efficient fashion,” he said. “And I know where the roadblocks are, so I hope to cut through some of those roadblocks and allow better access to the court.”

Veverka, a shareholder of Dickie, McCamey & Chilcote, P.C., said while at the Pittsburgh law firm he has also served at a legal clinic in Sharpsburg, represented victims in protection from abuse orders, and represented children in best interest cases and custody disputes.

He also has worked with the Mt. Lebanon Democratic committee on local elections.

Running for office during a pandemic has been a unique experience, explained Veverka —bouncing from one Zoom meeting to the next, with limited opportunities for in-person engagement. But he’s pleased by endorsements he’s received from labor unions and elected officials, including state Sens. Jay Costa, Jim Brewster and Wayne Fontana, state Rep. Ed Gainey and City Councilman Corey O’Connor, as well as community leaders Dr. Cyril Wecht and Art Rooney II.

“It's just been incredible how many people have stepped up and offered to help and make phone calls, and try to reach out to people,” said Veverka. “We're sort of earning it one vote at a time.” PJC