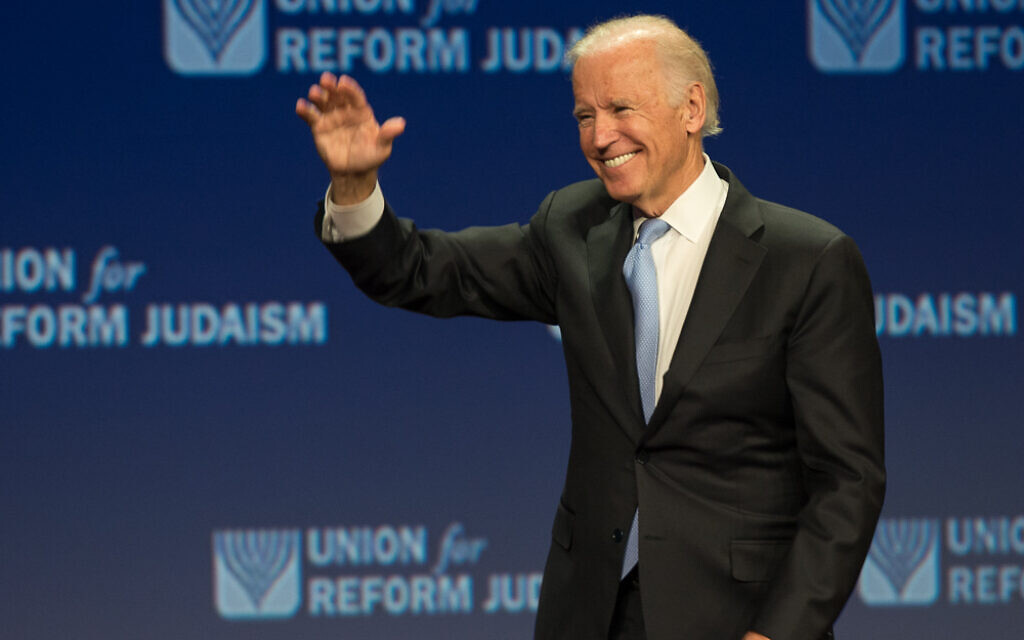 For the first time since ceding the reins of a Jewish newspaper, I was called a traitor last week by a member of the Jewish community. I was guilty of betraying Israel, of betraying the United States, of betraying the Torah, because I had voted for Joe Biden. Not only had I voted for the now president-elect, but I had volunteered for his campaign. Not only had I volunteered for the Democrat’s campaign, but I had endorsed the former vice president publicly.

For that, I was deserving of censure and of ridicule.

In all honesty, I couldn’t care less that a partisan, in the heat of the moment, was so overcome with anger that he lashed out at someone who had taken an opposite political stance. I only mention it here to point out that as much as we’d like to think that ours is a unified Jewish community, to the extent anybody else feels like my misguided friend by the end of this week — almost two weeks removed from Election Day — we’ve got a long, long way to go.

As a matter of fact, as much as it might seem that history was made by the victorious ticket of President-elect Biden and Vice President-elect Kamala Harris and their resounding defeat of soon-to-be former-President Donald Trump (at last count, the Democrats were on track to amass 306 votes in the Electoral College, the same amount that Trump secured in 2016), to quote from the same Book of Ecclesiastes that Biden did in his victory speech: There is nothing new under the sun.

Four years ago, I wrote a column reacting to Trump’s victory. My message then was similarly one of pleading for understanding and unity. I officially had no dog in the particular fight between Trump and Hillary Clinton — indeed, owing to the fact that I was a journalist for so long, the only other time I had affixed lawn signs and bumper stickers to anything was when I volunteered for Bill Bradley’s failed bid for president in the 2000 primaries — but I certainly wasn’t happy with the outcome.

Still, I saw in the results of Trump’s election that those with whom I disagreed deserved to be heard. The incoming president, despite what I might have thought of him, deserved to be given a chance. As Americans, we owed it to him and each other. Doing so would require a lot more listening, and a lot less reacting.

“Nuance, that great medium of rational thought, is practically extinct in most political discourse today,” I lamented then. “So much so that an editorial voicing objections to an administration appointee’s past statements, but nevertheless expressing hope that his undeniably pro-Israel stances portend a better era in U.S.-Israel relations can, at the same time, consign the author to the dual charge of being beholden to the fringe of the alt-right and the pro-BDS mob.”

It’s amazing how much the same paragraph could be written four years later and still be true!

In his speech in Wilmington, Delaware Saturday night, Biden made an impassioned plea for unity, reminding those celebrating with him — as well as those who voted for his opponent — that among the seasons identified by King Solomon was the “time to heal.” “This is the time to heal in America,” he declared.

Those of us who have disagreed vehemently with the outgoing administration, who have given our time and our money to working to reverse the electoral outcome of 2016, might be forgiven for thinking that the bulk of the responsibility for bridging the divide that is the American electorate lies with Trump and his supporters. That thought, however, is wrong. As Trump eventually rides off into the sunset — and whether or not he continues to flout tradition and undermine the integrity of America’s political institutions — the responsibility for healing America won’t even rest with Biden.

Especially here in the Jewish community, the responsibility for bridging the divide rests with each and every one of us. That’s the mandate demanded by the Torah: As all divisions not for the sake of Heaven are not destined to endure, we should refrain from breathing them into life. That’s not to say that we shouldn’t disagree, even vehemently, about things. It’s that when the dispute is not for the sake of Heaven — and it’s hard to seriously cast a presidential election, which happens every four years, as a metaphysical contest between good and evil — we must never deny those with whom we disagree their fundamental humanity.

As much as I am ecstatic over Biden’s win, and proud that I helped make it happen, there’s only one thing that I will ever gloat about: It was Pennsylvania that turned the tide.

Now that the election is over, we need to start listening to one another, because if you didn’t notice, the almost 50% of America that disagreed with you four years ago still does. The only thing that’s changed is that more of them voted. PJC

Rabbi Joshua Runyan, a former editor-in-chief of the Pittsburgh Jewish Chronicle, is an attorney in Philadephia.