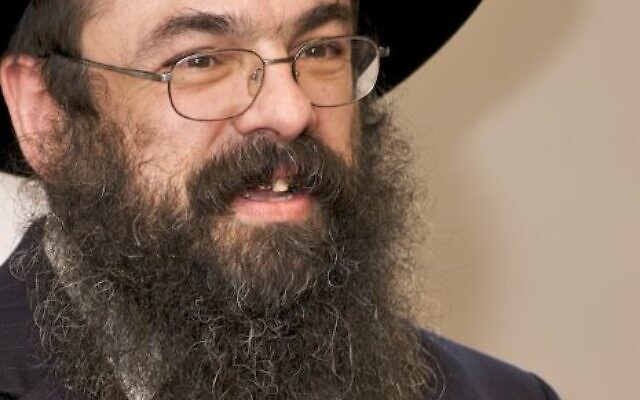 Brian Jordan Bartels is the young man charged with the destruction of a police car and with inciting riots in Pittsburgh on Saturday, May 30. He was taken into custody by the police.

Others are being sought by the police for engaging in violence during the protests following the death of George Floyd. Unfortunately, so many individuals get caught up in the heat of the moment, and act in ways that they regret and are embarrassed about later. I think we have all been down that road, and in our daily prayers we ask for forgiveness and that our actions not be held against us.

The question is, should these individuals get bail and be released on their own recognizance, or should they be kept in prison because they have been charged with a violent crime — one which has brought tremendous fear to the community at large — and for the massive destruction they were a part of?

After decades of locking people up en masse, I think we have to look closely at the purpose of prison, the benefits and harms associated with those penal institutions, as well as the pain and suffering incarceration brings to the families of the offenders (or suspected offenders).

I think we can all agree that those who have committed crimes and disrupted, brought havoc and destroyed property should be punished, and that they should be forced to pay for their crimes to deter them and others from future crimes.

However, prison may not always be necessary for offenders, when bail or release on their own recognizance — which somewhat assures the court that they will return for trial — is adequate. Especially in today’s world where, due to technology, running from the law is so much more difficult, and reintegration into society after incarceration is challenging, imprisonment is fast becoming an ineffective and overall detrimental method of dealing with certain circumstances and crimes.

And so, I turn to the courts. Please do not warehouse those who have been accused of doing wrong or who have been convicted of being involved in the riots or melee that have hurt all of us. Our goal is to punish but not to destroy, to sanction but not to remove hope. These individuals should be required to repay society and those who were hurt — physically, emotionally or financially — and that can only be accomplished by allowing them to become productive members of society.

Mass incarceration does not help society, does not help the individual, and does not help the families of those being charged. As we watched the young man surrender to the police, he was accompanied by his parents. Nationally, for every person who is incarcerated, there are, on average, 16 family members who are adversely affected.

Individuals like Bartels will do well with the courts ordering them to community service and to programs like the Aleph Institute Alternative Sentencing Program, programs which provide educational and rehabilitative services while providing for the individual to be productive in the community. Such programs can do immense good by making sure those charged will be able to better repay society, instead of draining resources in a prison. These individuals will then be able to become productive, repair the damage they have caused, and make society a better place.

At Aleph Institute, with over 30 years’ experience working with individuals who have wronged society, made mistakes — some very serious mistakes — we recognize that with help, with training and education, they can and want to become productive members of society.

As King David tells us in Tehilim (Psalms), “Yitamu Chatoem min haaretz,” wipe the sins from the earth — the sins and not the sinners — our rabbis explain.

When the sin is against property, maybe prison is not the solution and is not the best form of rehabilitation. For many, prison serves as a breeding ground for more crimes and has destroyed countless lives. For those suffering from mental illness, incarceration has devastating effects, and for those suffering from dependency issues, prison does not correct or provide necessary solutions.

My teacher and mentor, the late Lubavitcher Rebbe of blessed memory, when discussing incarceration, suggested belief in G-d and education is the solution — teaching those who failed or are in trouble (and how much more so before they get into trouble), and providing education and rehabilitative programs for them, their families, and society broadly.

May the killing of Mr. George Floyd lead to a change in our thinking about how we look at individuals, how we arrest and prosecute, so that we become a society where every life matters, regardless of color, race, religion or background. Humans are valuable, each and every one. We are made in the image of G-d and we should be treated that way. If we trip up we should be punished in a humane way, not tossed into a warehouse to be dealt with later, but assisted in standing up again, proud, productive, and a valued member of society. PJC