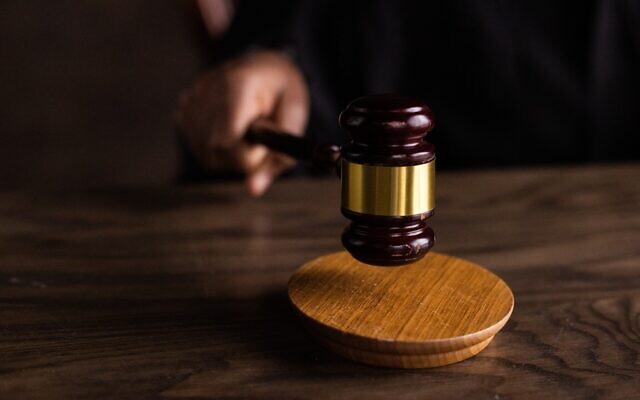 (Photo by Ekaterina Bolovtsova via Pexels)

BOSTON (JTA) – Barry Jacobson spent 40 days in prison in 1983 after being convicted of setting a fire at his Massachusetts vacation home.

He spent the next 40 years pressing his innocence and arguing that his conviction was tainted by antisemitism.

Now, Jacobson’s quest has been answered. A Massachusetts district attorney is set to announce Tuesday that Jacobson, who is Jewish, was wrongfully convicted by a jury whose forelady reportedly referred to him as “one of those New York Jews who think they can come up here and get away with anything.”

Andrea Harrington, the Berkshire County district attorney, decided to vacate Jacobson’s conviction and dismiss the case after undertaking a review spurred by the Anti-Defamation League and the Innocence Project, a path-breaking legal organization that seeks to overturn wrongful convictions.

“The credible evidence of antisemitic juror statements undermine the fairness of this verdict and denied Mr. Jacobson his Sixth Amendment right to an impartial jury trial,” Harrington said in a statement released by the New England Anti-Defamation League, which earlier this year filed an amicus brief in the case.

“Prosecutors have the responsibility to implement policies to ensure fair convictions and to rectify past injustice,” Harrington said.

Harrington planned to make her decision public Tuesday at a press conference alongside the ADL and the Innocence Project.

Jacobson’s case is an unusual one for the Innocence Project to take up. The group, founded in 1992 and based at Yeshiva University’s Cardozo School of Law, has typically focused on people who are incarcerated, often on death row, and was founded in 1992 to use DNA, then a new technology, to exonerate victims of wrongful conviction.

DNA evidence did not play a role in Jacobson’s case. But Barry Scheck, the Innocence Project’s co-founder and Jacobson’s counsel, suggested in a statement that the case only adds to the evidence that his group has amassed showing how racism and other prejudices can compromise criminal justice in the United States.

“As reports of antisemitism increase around the country, Mr. Jacobson’s case reminds us that the criminal legal system has never been immune from its pernicious and insidious effects,” Scheck said.

In a statement expressing gratitude to Harrington and to all who helped with his case, Jacobson said he was relieved to be free of a burden that had dogged him even as the New York City real estate executive raised five children, closed countless deals and volunteered extensively in his community.

“This wrongful conviction has cast a painful shadow over my life,” he said. “I am thankful to God, family, and friends. The evils of antisemitism and racism in our legal system must be fought relentlessly.”

Jacobson had owned the vacation home in Richmond, Massachusetts, for nearly five years when a fire heavily damaged it in January 1982. Jacobson’s presence at the scene, his subsequent behavior and costly problems with the property — he’d spent more than $200,000 repairing the $55,000 home and still didn’t have running water — all generated suspicion that he had set the fire to secure an insurance payout.

He was convicted of doing so the following year and sentenced to six months in prison and a $10,000 fine. He served 40 days.

Throughout his trial and afterwards, Jacobson, who lived full time in suburban New York City, argued that he was innocent. That insistence stymied four petitions for a pardon over 15 years, his lawyers said.

“He is a man who has spent his life helping other people,” Cordy, his attorney of 26 years, told the Jewish Telegraphic Agency. “A pardon was within his grasp time and again in the 1990’s in light of his engagement with and many contributions made to his community over the years — but only if he would confess to a crime that he did not commit — and he could not bring himself to do that.”

Jacobson argued that multiple errors had tainted the investigation and trial. A leading arson expert who has argued for improvements in how forensic investigations are conducted, John Lentini, testified that errors in the handling of evidence in Jacobson’s case were the most egregious he’d seen in 47 years.

But the challenge that ultimately had the most influence on Harrington stemmed from a sworn statement from one of the original jurors just months after the trial, revealing antisemitic views expressed by the woman charged with leading the jury.

“From the beginning of our deliberations, the forelady of the jury … repeatedly made reference to Mr. Jacobson as being ‘one of those New York Jews who think they can come up here and get away with anything,’” the juror recalled the forewoman saying at the time.

An alternate juror echoed that observation in a sworn statement.

“When the jury first went out to deliberate they had only been in there, I would say less than five minutes, when I overheard one of the ladies say to the other, ‘Well, this is not going to take very long. We should finish this real quick because you know he’s guilty.’ And says, ‘All those rich, New York Jews come up here and think they can do anything and get away with it,’” the alternate juror wrote.

A state appeals court in 1985 rejected the idea that antisemitism had shaped the conviction, noting that the judge interviewed jurors and found no credible evidence that those comments had influenced the jury. A verdict against a co-defendant was set aside then.

The group is “not aware of another case where antisemitism seeped into jury deliberations of the facts the case,” New England ADL regional director Robert Trestan told JTA. But, he added, “We have to wonder whether there are other cases that had the same result but have not yet been exposed.”

In its amicus brief, the ADL argued that Jacobson’s case shed light on a persistent stereotype that Jews are “avaricious and greedy.” Trestan placed the case in the context of the ADL’s most recent report about antisemitism in the United States, which found the third highest year on record since the organization began its tracking in 1979.

“The criminal justice system is no exception,” he said. “This case is a vivid reminder of the danger posed by antisemitism and the need for greater education efforts at all levels.” PJC