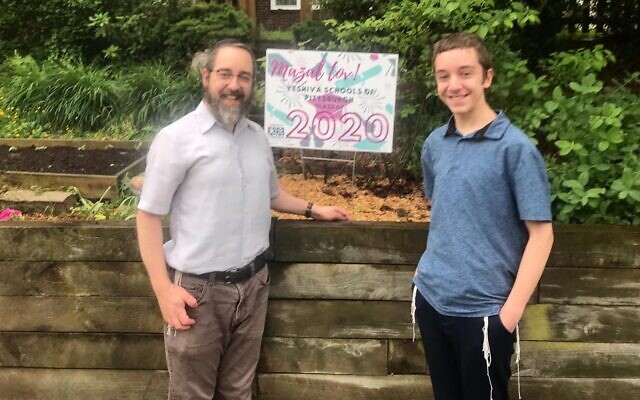 Nobody could have predicted a dozen or so years spent in classrooms would end like this.

For the Jewish students in Pittsburgh’s class of 2020, it is the year that was: the final semester entering the past tense before they had time to say goodbye, graduations amid quarantines, future plans as well-intentioned but uncertain as a vaccine for COVID-19.

Dr. James McCoy knows the cycles. He has seen several graduating classes in his years as a social studies teacher and, now, as principal at Pittsburgh Allderdice High School in Squirrel Hill.

McCoy said he has gotten to know the roughly 365 graduates of this year’s senior class more intimately than he has other senior classes, mostly due to the increased amount of one-on-one time they’ve shared. He’s big on supporting the kids as best he and his staff can, even if he does traffic in a little bit of understatement.

“This kind of formed as we went along, saying ‘How can we do this?’” McCoy told the Chronicle. “It’s been tough on them.”

But McCoy said he tries to empathize with a graduating class that couldn’t triumphantly throw its caps into the air as commencement ceremonies ended.

“I’m always thinking back to my own experiences but these circumstances are something no one’s really dealt with,” he said.

The Pittsburgh Jewish Chronicle would like to take a moment to honor Jewish students from two area high schools’ Class of 2020 by profiling some of those who have made it what it is.

ARI
Ari Gilboa doesn’t want to dump hundreds of thousands of dollars into a college experience that’s unproductive. So, he’s headed Aug. 7 to a pre-Army “mechina” program in Ayanot, Israel to gain a leg up on the competition when they start handing out assignments for the Israel Defense Forces, in which he plans to serve. 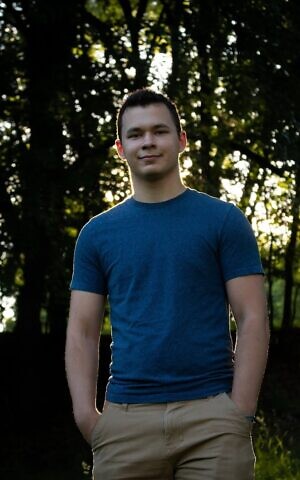 “My dad is Israeli but it’s not for Zionist reasons,” said Gilboa, 18, of Squirrel Hill, who attended Community Day School for nine years before attending Pittsburgh Allderdice High School. “I don’t know what I want to do in college – or in life. This way, I can take a couple of years and gain some experience.”

The oldest of four boys, Gilboa misses spending time with his high school friends but has passed the time during COVID-19 lockdowns, in part, by getting his Pennsylvania boating license, a use for which he has not determined yet.

“It was only 45 bucks and less than a day’s worth of work – so I thought, ‘Why not?’” he laughed.
Gilboa’s biggest regret, like many, is missing his final semester in high school.

“I didn’t really get the chance to slack off,” he joked. “I did want a chance to say ‘goodbye’ before we left for our various walks of life.”

SARA
She doesn’t “get” the name of the camp. But she knows one thing: she missed going there this year. 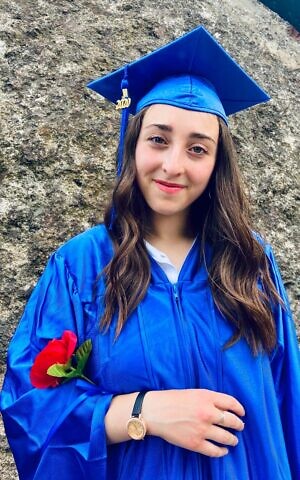 Sara Thaler had attended the trip to the Boy Scout cabins in the Laurel Highlands with female classmates from Yeshiva Schools in previous years but lamented it was one of the casualties of COVID-19. She is sad she now didn’t get the closure of ending her time at Yeshiva – she’s been going there since first grade, after moving here from California – with the special trip.

Thaler appreciated all that her school and its staff did in terms of virtual education but said it just underlined the absence of being able to do things in person, like having a graduation ceremony.

The lack of a ceremony “is very sad and it also has a lack of completion,” Thaler said.

“We had a ZOOM call and everyone made a music video,” she said. “But it made it very real that [a ceremony] didn’t happen, that it’s never going to happen.”

This summer, Thaler will work as a counselor at Camp Gan Israel for Chabad, she said. Then, it’s off to Crown Heights, New York to study at the Beis Rivka seminary in the fall.

“I definitely am hoping to start a family but I also have a very strong desire to go to college and get a degree, maybe as an occupational or physical therapist,” Thaler said.

MENDEL
Mendel Hoexter moved to Pittsburgh from Morristown, New Jersey at age 1. He’ll be heading back toward the Atlantic Ocean this fall to attend a yeshiva in New Haven, Connecticut.

“That’s my plan, to go there, as long as everything goes as planned,” said Hoexter, 17, of Squirrel Hill, who graduated this year from the Yeshiva Schools of Pittsburgh after attending the school for 13 years. “I really liked my school and the sciences, physics. I’m not sure where I’m gonna go or what I’m gonna do but I’d like to do something in those fields.”

Hoexter has a decent road map right at home. His father works in Pittsburgh for Google.

During the downtime created by the novel coronavirus, Hoexter nurtured several comforting pastimes.
“I play guitar, actually – I’m a beginner and only have been taking lessons for a few years,” he said. “But I love listening to music in this free time. And I love reading.”

The Mt. Lebanon teenager, the middle of 10 children, is the daughter of Batya and Rabbi Mendel Rosenblum, directors of Chabad of the South Hills. She plans to attend the same seminary in Israel her older sister attended. But she is strong-willed and carving out her own path.

“It’s going to be my first years living away from home – it’s independence,” said Rosenblum, 17, who is graduating from Yeshiva Schools in Pittsburgh. “And being in the Holy Land is a big thrill.”

After her one year of studying at Machon Shoshanat Yerushalayim seminary in Israel, Rosenblum said anything is possible.

“It could be I’ll spend another year there and it could be I’ll come back,” she said. “I’m not sure yet.”
And, yes, she is taking notes from her sister, Mushky, now 23.

“She’s giving me tips but she’s leaving a lot of it for me to discover,” Rosenblum said.
The younger Rosenblum also said she is influenced heavily by her parents.

“I definitely look up to the ways of my parents,” Rosenblum said. “Maybe one day I will open a Chabad of my own.”

DOVID
He falls pretty close to the middle but, unlike most middle children, favors both the unknown and the predictable.

Dovid Moritz is the fourth oldest of 10 children and, like yeshiva classmate Mendel Hoexter, plans to attend Yeshiva Schools in New Haven, Connecticut in the fall. He has started sketching out life after that, if only in broad strokes. He hopes to attend a four-year college – maybe the University of Pittsburgh – and pursue something in medicine; his father, he noted, is a pediatrician. 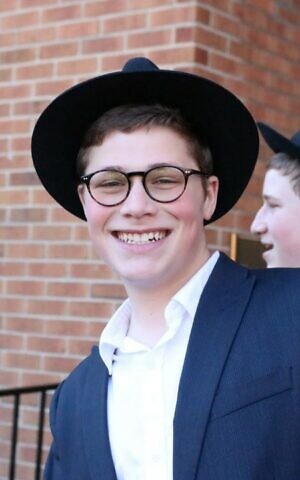 This summer, though, there’s mostly one thing on the agenda: babysitting.

Growing up in a house with nine siblings, Moritz stressed he’s used to navigating the unpredictable and making the most of thwarted plans. He laughs when describing how COVID-19 actually has improved his time-management skills.

“I’m used to all of the chaos and everything,” Moritz said. “I kind of enjoy it, actually.”

AARON
Aaron Berger’s no slacker. He was accepted to Harvard University thanks to his good marks, is a star on Pittsburgh Allderdice High School’s robotics team and has been playing the violin since kindergarten.
Even he admits, though, it would have been nice to coast his way through the end of senior year.

“I didn’t lighten up on my school work at all,” said Berger, 17 of Squirrel Hill, whose mother is a physician and whose father is the chief technology officer for UPMC Enterprises. “Definitely, though, this [last semester] would have been my least stressful throughout all of high school. Then, of course, coronavirus comes along and I’m not able to experience this semester that every senior dreams of.”

Don’t think for a second, though, that this young man isn’t already planning ahead.

Berger is taking a gap year where he hopes to intern in robotics at Carnegie Mellon University, then plans to start his time at Harvard in 2021.

If you really want to hear his engine whir, talk about his AP Music Theory class with teacher Brian Lee, or better yet, robotics.

“My inspiration for pursuing computers in college is because of the robotics club at Allderdice, which I thought was a really good experience,” Berger said. “I’m planning to do something with computer science and robotics – after next year I’ll just have a better idea of what to major in.” PJC