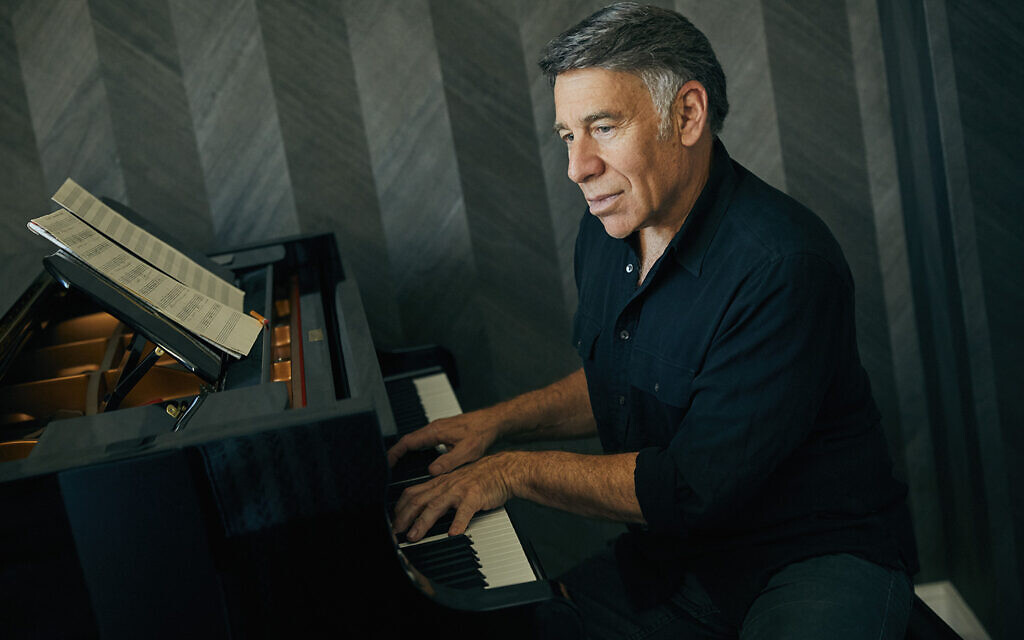 It will be a “homecoming” for Broadway legend Stephen Schwartz when he returns to Pittsburgh next month — but not an uncommon one.

The Academy and Grammy Award-winning composer and lyricist of megahits such as “Pippin,” “Godspell” and “Wicked” will perform at the O’Reilly Theater on Sept. 19 in “Stephen Schwartz & Friends.” But Pittsburgh is a frequent destination for the Carnegie Mellon University alum who visits often to work with theater students at his alma mater.

Working with CMU students, Schwartz told the Chronicle during a Zoom interview, is, first, a way to give back to the university, which “was very good to me in a lot of ways, obviously.”

But he has some “ulterior motives” as well, he said: “I like working with young people, and I’ve found some people there who’ve gone on to be future cast members of shows of mine.”

Schwartz was born in New York City in 1948. He studied piano and composition at the Juilliard School of Music while in high school and graduated from CMU in 1968 with a BFA in drama. It was while a student in Pittsburgh that he, along with CMU classmate Ron Strauss, developed the musical that would ultimately launch his career: “Pippin.”

Then, in 1971, Schwartz wrote the music for “Godspell,” created by CMU classmate John-Michael Tebelak.

Schwartz credits CMU with helping propel his career, which went on to include credits such as Disney’s “Pocahontas,” “The Hunchback of Notre Dame” and “Enchanted.”

“Perhaps I would have had a career without [CMU],” Schwartz said. “But I certainly wouldn’t have had the same career. For one thing, specifically, that is where ‘Pippin’ began. And that show wouldn’t have existed without the various things that happened when I was at Carnegie Mellon. And, of course, that is the show that I brought with me when I first moved to New York in an attempt to get it produced, and it led to everything else that happened for me.”

Schwartz has fond memories of his four years in Pittsburgh, and of the Pittsburgh Public Theater where he “saw many a show” and on whose O’Reilly stage he will perform next month along with guests Debbie Gravitte, Scott Coulter and Michael McCorry Rose.

“Stephen Schwartz & Friends” will feature several songs penned by Schwartz along with “some stories about how they got written,” he said. That, coupled with the singing talents of his guests, he said, “makes for a pretty entertaining show.”

The setlist will include songs familiar to fans, including at least one from one of his most popular shows, “Wicked.”

“I actually do a little presentation about how a song from ‘Wicked’ was developed,” Schwartz said. “And I play some earlier versions of the song.” Additionally, “there will be stuff from ‘Pippin’ and ‘Godspell,’” as well as “some mashups” along with songs from unproduced shows.

Schwartz, who is Jewish, was not raised in a particularly observant home, yet several of his shows have been inspired by his Jewish heritage. “Rags,” which opened on Broadway in 1986, for example, tells the story of a Jewish immigrant fleeing to America from Russia in 1910.

“‘Rags,’” Schwartz said, was the show in which he first “encountered the idea that I wanted to explore and learn more about my roots. So I talked to my parents about their parents and grandparents and did a lot of research, obviously, into that big Jewish emigration that happened around the turn of the 20th century.”

His father’s family were Austrian-German Jews who came to America in the 1860s. His mother’s family immigrated in the early 1900s. But “it was a very similar trajectory as to the family in ‘Rags,’” he said.

Other Schwartz musicals may not feature specifically Jewish characters, but several nonetheless connect to the composer’s Jewish values.

“I think, philosophically, some of the themes about personal responsibility and what are our obligations as human beings and members of society to others and to our families — I think those are very much Jewish themes, at least as I’ve encountered them in literature,” he said. “I think that those interested me a lot and continue to interest me. I think ‘Children of Eden’ maybe most overtly deals with those themes, but even in a show like ‘Godspell,’ which of course is based on books of the New Testament, is dealing very much philosophically with how you treat others and how you behave as a member of a community.”

Schwartz, 74, has several projects in the works.

The stage adaptation of “The Prince of Egypt” — a musical that follows the life of Moses — is playing in London’s West End; Schwartz looks forward to the show coming to America, either on Broadway or as a national tour. The much-anticipated movie version of “Wicked” — which will be released in two parts — is slated to begin filming toward the end of the year.

And he is working on two new shows, the details of which are under wraps.

That’s a lot for Pittsburgh’s Schwartz fans to look forward to — in addition to the Sept. 19 performance of “Stephen Schwartz & Friends.”

The feeling is mutual.