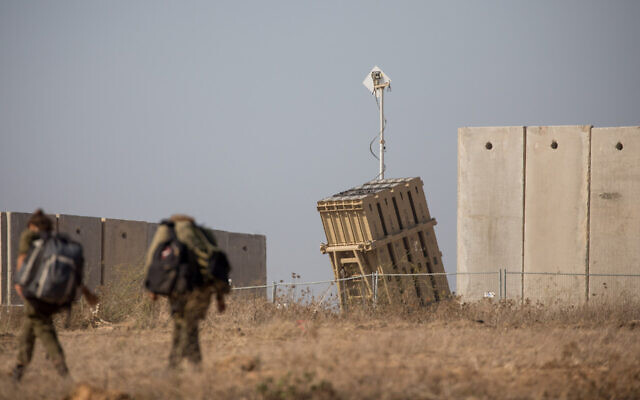 (JTA) — At least 12 rockets were fired from the Gaza Strip into Israel amid an escalation of hostilities between Israeli forces and Palestinian militants.

Israel’s Iron Dome defense system took out several rockets, but one of them landed near a house in Sderot on Friday, causing extensive damage. No one was wounded from the rockets.

Israeli troops have responded with artillery fire on at least three occasions since Thursday, Kan reported. Exchanges of fire have taken place since Saturday and military sources in Israel are saying the army is preparing for a wide-scale operation if the situation persists.

The current round of fighting began on Aug. 13, when incendiary balloons released in Gaza toward Israel caused major fires.