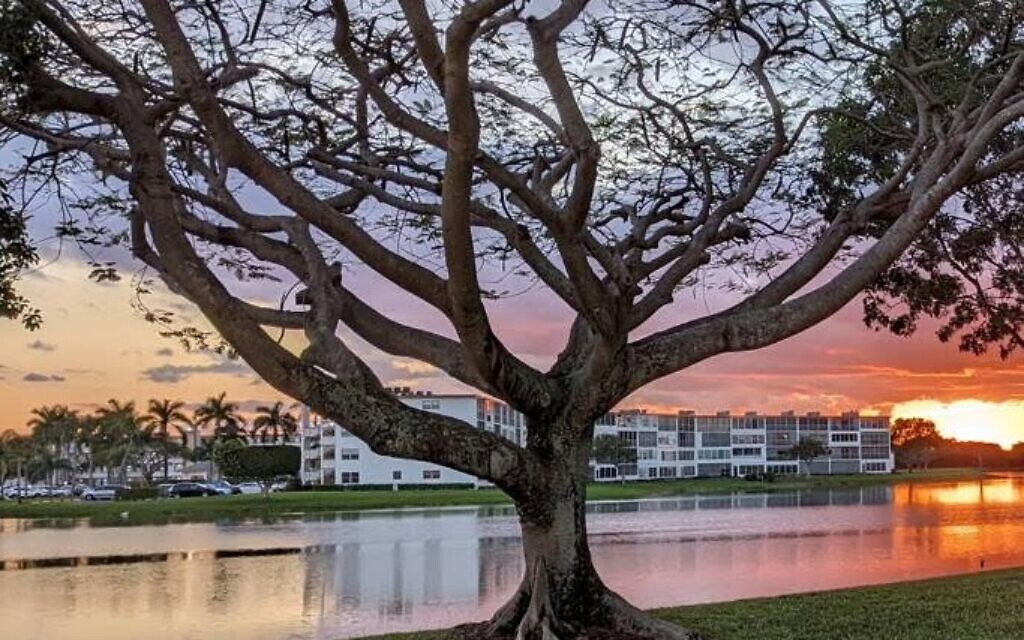 Slowly, the small group gathered beneath the shade of the outstretched limbs of a mangrove tree as it welcomed the residents of Rexford for a Shabbat morning kiddush.

A makeshift table was steadied and adorned for the bounty of food and drink that began anchoring it to the thick grass carpet which gave way to arriving footsteps and walkers and unfolding chairs.

The soft murmur of rustling leaves and lapping waves gradually yielded to sounds of heartfelt greetings and “l’chaim, l’chaim…” rolling on the breeze as it mischievously jostled the tablecloth, overturning loose cups and napkins.

It was Shabbat morning embracing this chevrah beneath a warming February sun set in a blue firmament interspersed with furry white clouds drifting hesitantly as they attempted to see what was going on below.

A new Shabbat tradition was carefully being crafted in this place and already resonating with an audience of strangers from different lands and backgrounds. The craftsmen were the Adler brothers, escaping from the frigid winter grip of Toronto, Canada, if only for a few months at a time.

This was Boca Raton and the audience consisted of snowbirds, snowflakes and locals. The purpose was l’kavod Shabbat, free-range in nature and under a blue sunny heaven.

What was there not to like about this concept as long as weather cooperated?

This was the fourth week of the vision and everyone was all in, inherently sensing this was the stuff of memories regardless of how long it lasts.
But it always takes an architect, a visionary.

Above the sounds of laughter and Jewish geography a hush was gradually called. This week of Parshat Ki Tisa was, it seemed, somehow special. Besides conveying its regular instruction of proper conduct and law, it marked the yahrzeit of the Adler brothers’ father of loving memory. Each son rose and spoke in moving terms of their father and his memory in relation to the week’s parsha.

But as they spoke, lost in passionate recollection, they were unaware that a large dark, deep-throated bird had landed in the mangrove tree to their side. The uninvited guest serenaded their introduction and interspersed commentary to their divrei Torah. It branched closer to the speaker during words relating to chatzi shekel and was especially vocal regarding the topic of tzedakah.

Many in the audience began pointing at this black-suited pundit who was clearly there to convey a message rather than partake in any of the delicacies spread out on the table. It remained and contributed until the speeches concluded, then departed.

Neither speaker claimed to be aware of either the bird’s presence or its commentaries. The bird did return afterward as if to give thanks to its hosts and wish them farewell until next week.

This Shabbat experience proved profound somehow. It really doesn’t seem to matter if you understand a word the speaker is saying. It can still be quite moving if done with kavanah and in proper context, especially under a warm blue sky, a cool breeze from the east, and, oh yeah, a few l’chaims. PJC

Morris Kornblit is a retired power engineer from GE. He lives in Pittsburgh and prefers palm trees and sun to snow and slush whenever time permits.